Featuring a talk entitled "The I is Fiction"

This is a free event. Refreshments will be served, all are welcome.

Canisia Lubrin was born in St. Lucia and studied in Canada, completing a bachelor's degree at York University and a graduate degree in creative writing at the University of Guelph. Her first collection of poems, Voodoo Hypothesis, was published in 2017 by Wolsak & Wynn. Voodoo Hypothesis, in the author's words, intends to subvert the construct of 'blackness' and reject the contemporary and historical systems that paint black people as inferior. The book also addresses the legacy of slavery in Lubrin's native Caribbean. Voodoo Hypothesis was nominated for the Gerald Lampert award, the Pat Lowther award and was a finalist for the Raymond Souster award. It was named one of 2017's best books in Canadian poetry by CBC Books and one of the ten 'must-read' books of 2017 by the League of Canadian Poets. CBC Books also named Lubrin a Black Canadian writer to watch in 2018. Lubrin's short story Into Timmins is anthologized in The Unpublished City: Vol. I, edited by Dionne Brand, finalist for the 2018 Toronto Book Awards. In addition to her career as a poet, Lubrin teaches at Humber College and works as an editor with Buckrider Books, an imprint of Canadian independent press Wolsak & Wynn. Her second collection of poetry, The Dyzgraphxst, will be published by Penguin/Random House in 2020.

Thanks to the Faculty of Arts and Science's Equity, Diversity, Inclusion and Indigeneity Fund, Creative Writing at Queen's and Canada Council for the Arts. 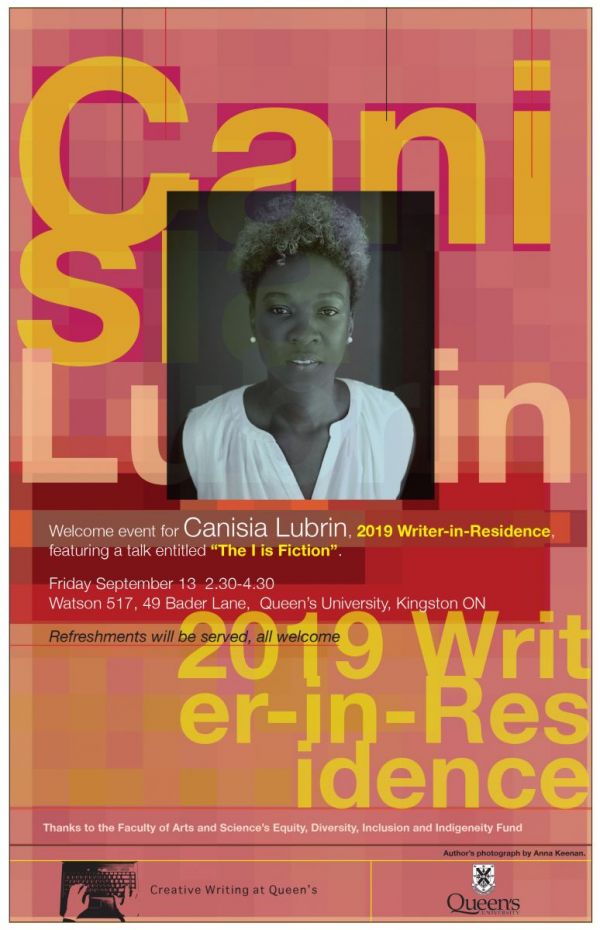