Brendan McLeod is a Toronto based spoken word artist, theatre artist, and musician. He’s the author of one novel, The Convictions of Leonard McKinley, a one woman play, The Big Oops, three monologues — the most recent of which is his award-winning piece on consciousness, Brain – and a collaborative spoken word/music show with classical pianist Sarah Hagen, Exultation. He is the founder of The Fugitives, a folk group signed to Borealis Records, that tours internationally and have been nominated for multiple Canadian Folk Music and Western Canadian Music Awards, including Best Songwriter, Best Roots Group, and Best Vocal Group. He is a former Canadian SLAM poetry champion and World SLAM runner-up. He was the 2012 Poet of Honor at the Canadian Festival of Spoken Word and the 2015 Poet of Honour at the Victoria Spoken Word Festival. He has an MA in Philosophy from the University of Waterloo. 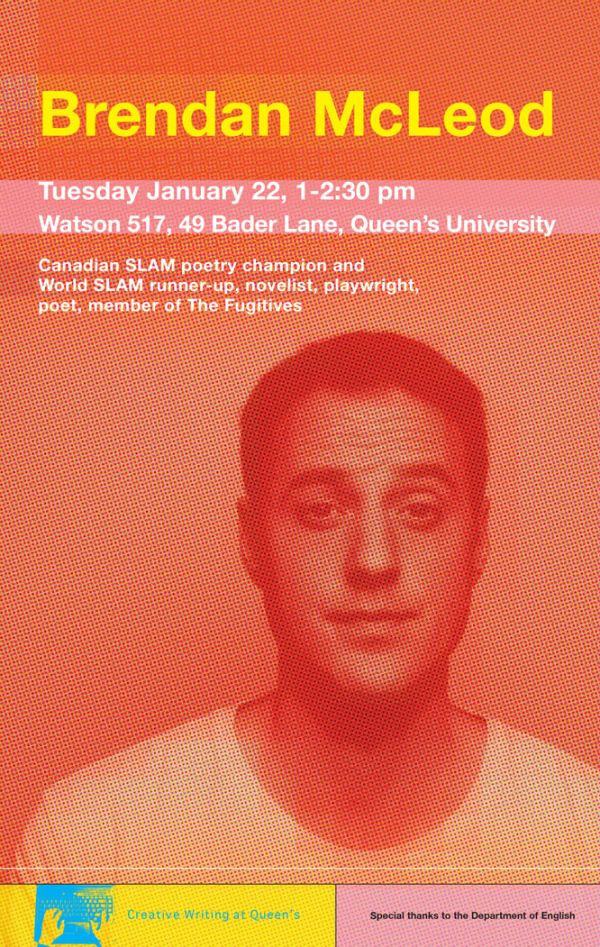