"Archives and Icons: James Baldwin and the Practice of Celebrity"

His indomitable spirit continues to inspire all who learn about his legacy.

The Robert Sutherland Visitorship, established in 1997 by the John Deutsch University Centre, brings to campus a noted speaker with expertise in the areas of equity, community diversity, and race relations. 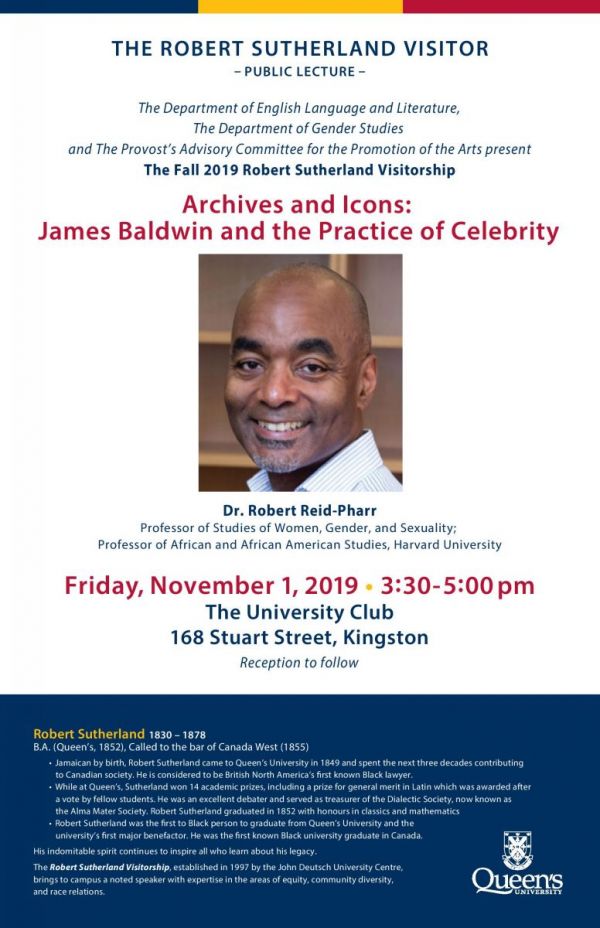