History of Faith and Spiritual Life at Queen's

The Office of the Chaplain was mandated with three main roles: 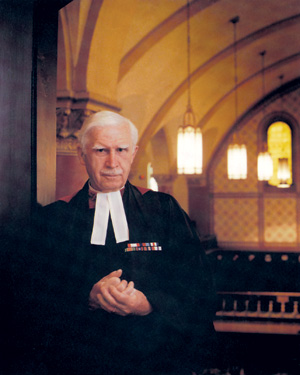 With this in mind, Reverend A. Marshall Laverty from the United Church, also known as "Padre" to Queen's students at the time, was appointed to the position. Laverty had previously served as a wartime chaplain to Canadian signals and artillery units in Europe, which equipped him well for the large university population of veterans after World War II. Laverty would go on to serve the university until 1983, when he turned 70, after having served as the University Chaplain for 36.5 years.

The second University Chaplain also came from the United Church. Brian Yealland, who had completed his undergraduate studies in philosophy at the University of Toronto, came to Queen's University to complete a master's in divinity at the Queen's Theological College in the early 1970s. After graduating, Yealland served as a Prison Chaplain in Kingston for Corrections Canada while also preaching as an associate minister at Chalmers United Church in Kingston. In 1983, after Laverty's retirement, Yealland was appointed to the position of University Chaplain.

In a later address to the Board of Trustees in 1985, Yealland noted that, "We have a university which is pluralistic, secular, culturally mixed and with a number of faiths...the work of the chaplain should be human-centered". As such, Yealland took it upon himself to shape the role of the chaplain as a 'spiritual ombudsman on campus' to promote interfaith dialogue and partnerships. His accomplishments while in office included promoting respect for the diversity of faiths on campus, convincing the residence kitchens to provide Halal and Kosher food for Muslim and Jewish students, and adjusting exam schedules to accommodate the holidays of other religions. Yealland would go on to serve as the University Chaplain for a distinguished 30 years before retiring in June 2013. 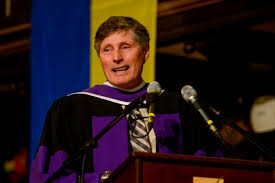 A sincere thank you to University Historian Professor Duncan McDowell for his contributions.