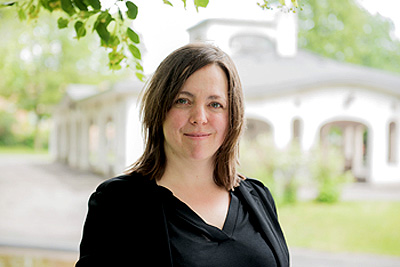 Professor St-Amand is a settler scholar whose research focuses on Indigenous literary theories in Québec and Canada, collaborative research and Indigenous filmmaking in the Americas, and theories of events and Indigenous-settler relationships. Her research has been supported by scholarships, fellowships, internal and external funding, as well as by various academic and community collaborations.

Dr. St-Amand received her PhD in 2012 from the Université du Québec à Montréal, and was awarded a SSHRC postdoctoral fellowship to pursue her research at the Department of Native Studies at University of Manitoba. In 2014 and 2015, she led a SSHRC-funded project to organize and reflect on “Revisioning the Americas through Indigenous Cinema”, the 5th of an ongoing series of international trilingual conferences held in Montreal and Kahnawake as part of the First People’s Film Festival.  In that line of work, she is currently investigating the oral dimension of knowledges on Indigenous literatures and filmmaking by looking at various Indigenous-led events that gather scholars, writers, filmmakers, and community members.

Professor St-Amand has published with leading scholars in migrant literatures and Indigenous literatures. She recently co-edited a special journal issue examining environmental ethics and activism in Indigenous literature and film. Her book Stories of Oka: Land, Film and Literature https://uofmpress.ca/books/detail/stories-of-oka was published at University of Manitoba Press in the Spring 2018. It analyzes this political crisis during the standoff, in documentary films and in literary narratives, both Indigenous and non-Indigenous, in Canada and Québec. The review of the book was published in the Eastern Door Journal in Kahnawake : https://www.easterndoor.com/2018/05/29/new-book-explores-bias-and-accounts-of-1990/

Professor St-Amand’s teaching philosophy is grounded in her experience of community-based research. She strives to foster experiential learning and co-founded in 2013 at Université de Montréal a CÉRIUM’s graduate summer institute on Indigenous literatures and film, for which she was co-responsible in 2013, 2014, 2015 and 2016.