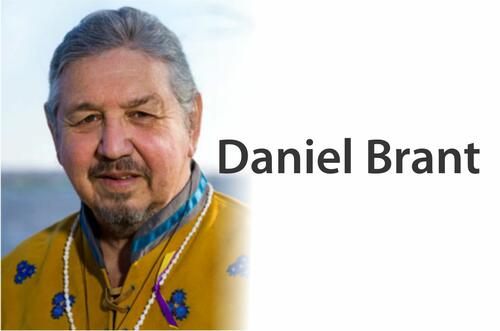 Currently, Dan is proprietor of Daniel J. Brant & Associates (Tyendinaga Mohawk Territory, Ontario) most recently he was an adjunct assistant professor at Queens University for the fall semester 2020 and summer 2021; he has also served as the Chief Administrative Officer, Mohawks of the Bay of Quinte, Ontario; CEO of Dreamcatcher Charitable Foundation (Ohsweken, Ontario); and previously as a sessional Professor at Algonquin College (Ottawa) and Confederation College (Thunder Bay).

The Donald Matthews Lecture Series is supported by the Matthews Faculty Fellowship in Global Public Policy. Established by Donald Matthews (B.Sc. 1950) in 2006, this endowment supports the appointment of world-class, leading-edge scholars and practitioners to teach, lead research and share their experience with students and faculty at Queen’s University. It continues and honours the life-time commitment of Donald Matthews, a Canadian business leader, to public service.

Donald Matthews served with distinction in the Royal Canadian Air Force during the Second World War, subsequently returning to Queen’s University to study engineering. Following graduation, Matthews founded his own construction firm, which was remarkably successful. Named in 1989 as Canada’s seventh largest construction company, it was active in planning, aggregate quarrying and sales, house-building and heavy construction. Matthews also headed a consortium in the 1990s involved in the design, development and construction of airports around the world.

Throughout his life, Matthews combined private pursuits with public purpose. As a university student, he was elected by student veterans across Canada to help design special programs to assist Canadian veterans to finish post-secondary studies. As a young professional, he was involved in local politics in the City of London. As a successful business leader, he was a close advisor to Ontario premiers, John Robarts and William Davis, and several national leaders. In 1974, he served as president of the Council for Canadian Unity. In the 1990s, he served as a member of the Board of Directors of the Bank of Canada.

Donald Matthews exemplifies the Queen’s ideal as a leader and citizen and has inspired many, including his children and grandchildren, to follow his example of engagement in economic and political affairs.

Past Lectures in this series:

2012: Don Drummond, Former Senior VP and Chief Economist, TD Bank; Matthews Fellow and Distinguished Visiting Scholar, Queen's School of Policy Studies
"How Did the World Get So Messed Up? Some Old and New Lessons"