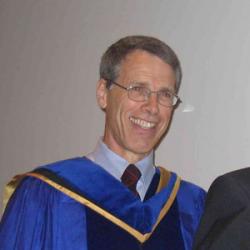 *Dr. Hodson is no longer taking on new research grants or trainees* 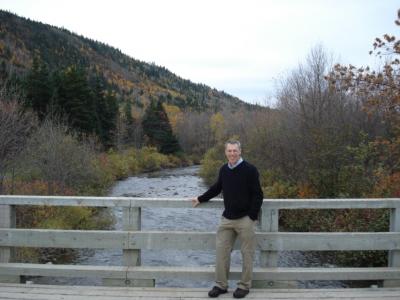 Current and Past Projects:

My research is relevant to the ecological risk assessment of PACs from oil, coal tar, creosote, soot and the by-products of microbial degradation of resin acids from pulp mill effluents.  I have also assessed: the transfer of mercury from point sources and contaminated sediments through aquatic food webs of the St. Lawrence River; the contamination of St. Lawrence River sediments by pesticides used at EXPO 67; and the potential role of chemical contamination in the declining abundance of American eel in Lake Ontario.

My most recent research investigated the role of hyporheic flows in transporting oil droplets from surface waters of rivers into porous bed sediments where fish spawn.  Funded by NSERC and supported by Environment Canada and Northwest Hydraulics Inc, it was an interdisciplinary and collaborative project with Ana daSilva (CIVL), Stephen Brown (CHEM, SES), Kevin Mumford (CIVL) and Allison Rutter (ASE, SES).  Hyporheic flows are currents of water that move through porous gravel sediments due to pressure gradients caused by the flow of rivers over uneven bottom features of rivers.  Julie Adams (PhD, Environmental Studies) assessed the toxicity to fish embryos of petroleum hydrocarbons that dissolve from stranded oil droplets in sediments.  She developed laboratory models of river sediments contaminated by oil droplets and demonstrated that PACs released from oil were bioavailable to trout at concentrations that are embryotoxic (See Adams et al 2021).

My most recent project has been a textbook on Ecotoxicology with Peter Campbell (INRS), Pamela Welbourn (Queen’s) and David Wright (U. of Maryland), published by Cambridge University Press in 2022: ().

Past research has been supported by the Natural Sciences and Engineering Research Council (NSERC), research contracts from the Centre for Offshore Oil and Gas Environmental Research (COOGER), Department of Fisheries and Oceans and the Ontario Ministry of the Environment's Best in Science program. Collaborations have included scientists at: Queen’s University; the U. of Waterloo; the U. de Québec à Rimouski; the U. of Maine; the Universities of Jyvaskyla and Joensuu in Finland; Environment and Climate Change Canada; the Department of Fisheries and Oceans (DFO), and the US National Oceanic and Atmospheric Administration.

For the past six years I have contributed lectures to ecotoxicology courses at Queen’s School of Environmental Studies and have been an invited member of several technical committees: