To celebrate the research on the solar neutrino problem that led to the awarding of the 2015 Nobel Prize to Physics Professor Emeritus Arthur B. McDonald, two installations were unveiled on Monday April 16th in the Agnes Etherington Art Centre.

The first is a plinth that tells the fascinating story of the neutrino breakthrough that showed conclusively that neutrinos have mass. This plinth will be installed between Ontario Hall and Grant Hall and will be available year-round for students, and visitors to see.

The second installation holds a replica of Dr. McDonald's Nobel Prize medal and celebrates the awarding of the medal in Stockholm. It will be permanently displayed at the Agnes Etherington Art Centre.

Queen’s University has been wonderfully supportive of the SNO research work and continues to support strongly the ongoing work at the SNOLAB underground laboratory. Those of us who have worked on SNO are very appreciative of this commemoration of the important contributions of many Queen’s students, Post Docs, staff and faculty that led to this scientific success. –Dr. McDonald

For more information on the celebration of new installations to commemorate the Nobel Prize-winning research please visit the Queen's Gazette's coverage. 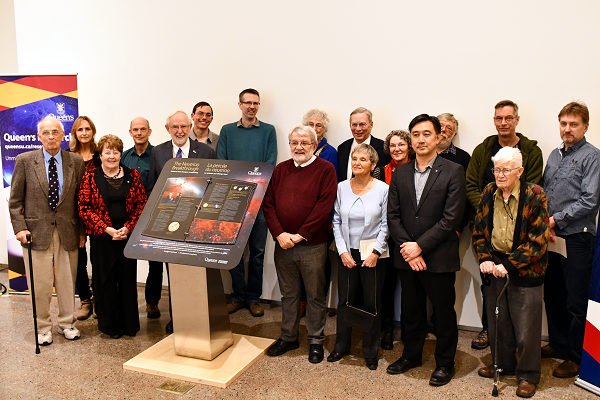 Proving that research is a team effort, past and present Sudbury Neutrino Observatory (SNO) employees and their family members gather around the plinth. (University Communications) 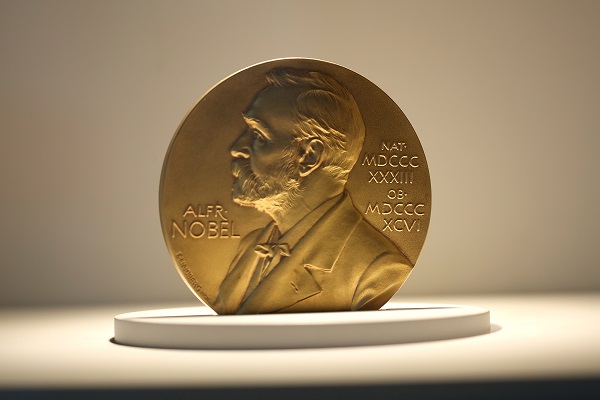 A replica of the Nobel Prize medal won by Art McDonald is on permanent display at the Agnes Etherington Art Centre. (Photo by Bernard Clark) 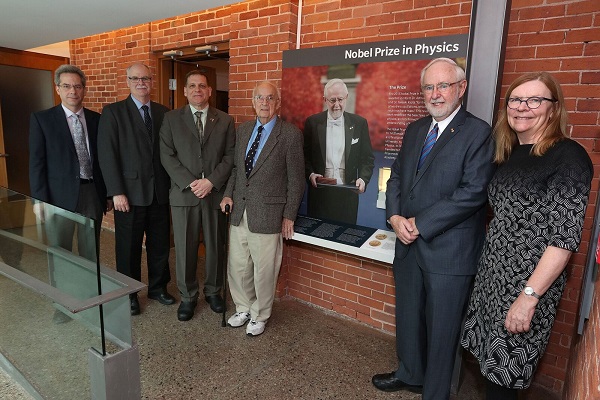