First time evidence of shell-like structures in the Milky Way 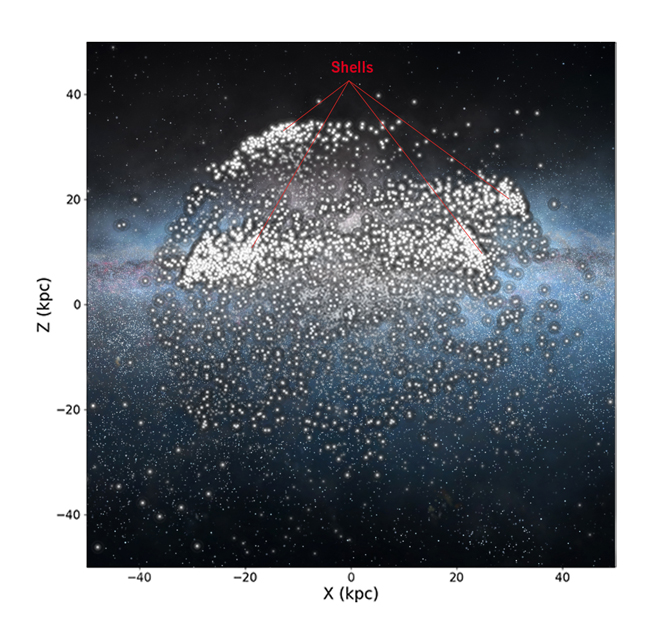 Galaxies grow by cannibalizing smaller satellite galaxies according to the standard model for how structure forms in the Universe. Evidence for this process includes shell-like concentrations of stars seen in the outskirts of some distant galaxies. These features are thought to be the debris of satellite galaxies that have been shredded by the strong tidal forces of the host galaxy.

A collaboration led by Tom Donlon and Heidi Jo Newberg at Rensselaer Polytechnic Institute in NY that includes Robyn Sanderson at the University of Pennsylvania and Larry Widrow at Queen's has discovered, for the first-time, evidence for shell-like structures in the Milky Way. The team compared and identified several shell structures using data from the Sloan Digital Sky Survey, the European Space Agency's Gaia space telescope, and the LAMOST telescope in China.

Computer modelling suggests that they are the remains of a satellite galaxy that plunged through the center of the Milky Way some three billion years ago.

The research has been published with The Astrophysical Journal.
News release can be found at RPI.