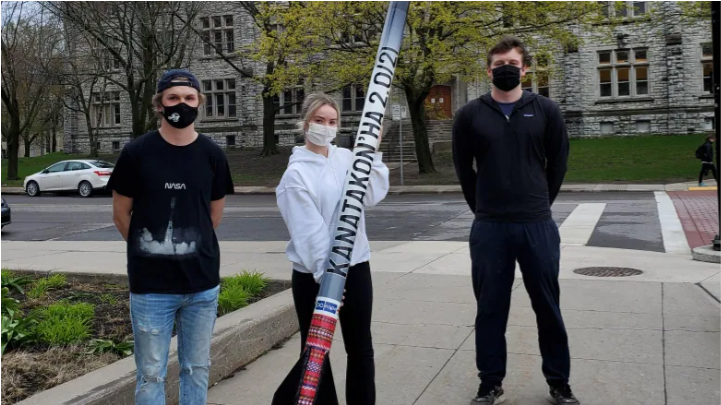 Despite having to raise money on their own and being ineligible for any cash prizes, the sole Canadian team, comprised of seven members, are excited for the opportunity to work and collaborate with the Indigenous NASA engineers and scientists.

The other six team members are:

The students entered the contest with the help of Melanie Howard, the Queen’s university's Aboriginal Access to Engineering director, who states,

We're hoping if more and more Canadian teams get interested in this, it could be something that NASA collaborates with the Canadian Space Agency on, to facilitate Canadian participation in the competition. But I can't speak for the NASA competition. That's just my grand idea on bringing it to more Indigenous students in Canada.

Thus far, the Queen's team has won challenges, best esthetic and best exterior design (as voted on by other teams), and won written report awards as judged by a jury.

It's been an extremely great opportunity because all of us have been stuck inside our houses during the pandemic and we've been isolated. As an engineering student, you'd like to be able to build something on top of just designing it.

The rocket, named Kanatakon'ha 2.0 by Melanie Howard, means "sparrow" in the Mohawk language. It measures approximately 2.4-metre and weighs 8.5-kilogram. The team estimate that Kanatakon'ha will reach a kilometer within seconds of launch. Because it's illegal in Canada to launch a rocket of this size, the team has partnered with University of California, Davis who will launch it for them.

The launch will take place on May 15th and the competition comes to an end on June 1st.

Congratulations to the winners of 2020-2021 Malcolm Stott Teaching Awards!