Receiving the Nobel Prize in Physics

Professor Emeritus Art McDonald received the Nobel Prize in Physics on Thursday, December 10th in Stockholm along with co-winner Dr. Takaaki Kajita of the University of Tokyo.

During the Nobel Week (Dec 6 - 12), Dr. McDonald was busy with speeches and lectures. On Tuesday, December 8th, he gave his Noble Lecture on his research at Stockholm University.

Some thoughts on winning the Nobel Prize in Physics:

I am so pleased to see Art up there. He is a really deserving scientist and just a terrific person to work with.  (The Nobel Prize) is a demonstration that we in Canada, and also here at Queen’s, are doing world-leading research. We’ve been doing this for years and getting this sort of recognition will excite students and get them interested in science. They’ll also be able to appreciate that they can do top-level science here in Canada as well.”—Prof. Mark Chen, the Gordon and Patricia Gray Chair in Particle Astrophysics 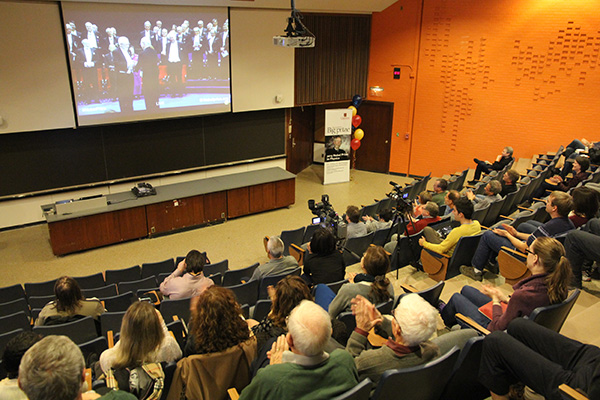 It’s very exciting. There was great excitement when it was announced and I think it’s fantastic for the department and for Queen’s. I think it will help raise the university’s profile around the world. The impact of the award is going to be really important.
—Prof. Marc Dignam, Head of the Department of Physics, Engineering Physics and Astronomy

Highlights from the Nobel Week 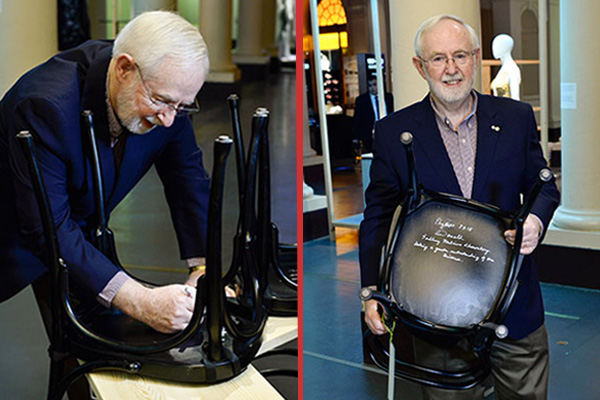 Professor Emeritus and Nobel Laureate Art McDonald follows a tradition by autographing a chair at Bistro Nobel at the Nobel Museum in Stockholm. (Photo: Claudio Bresciani/TT) 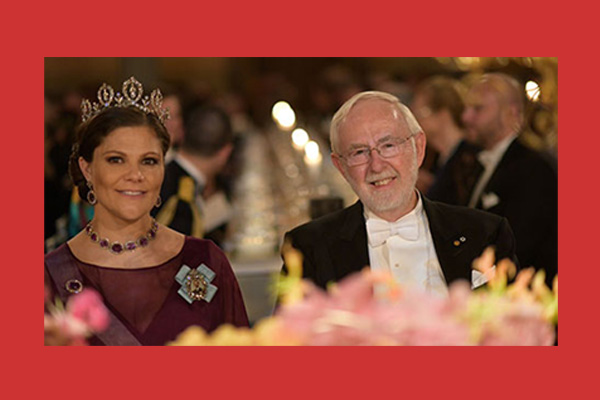 Visitor Centre for the McDonald Institute unveiled in Stirling Hall

Nobel Prize-winning Research is commemorated by Queen's with two...

A week before the international Neutrino 2016 conference, a new exhibit highlighting the 2015 Nobel Prize winning research by SNO was opened to the public on Canada Day in London. The exhibit, New Eyes on the Universe will showcase the prize winning research results, and...