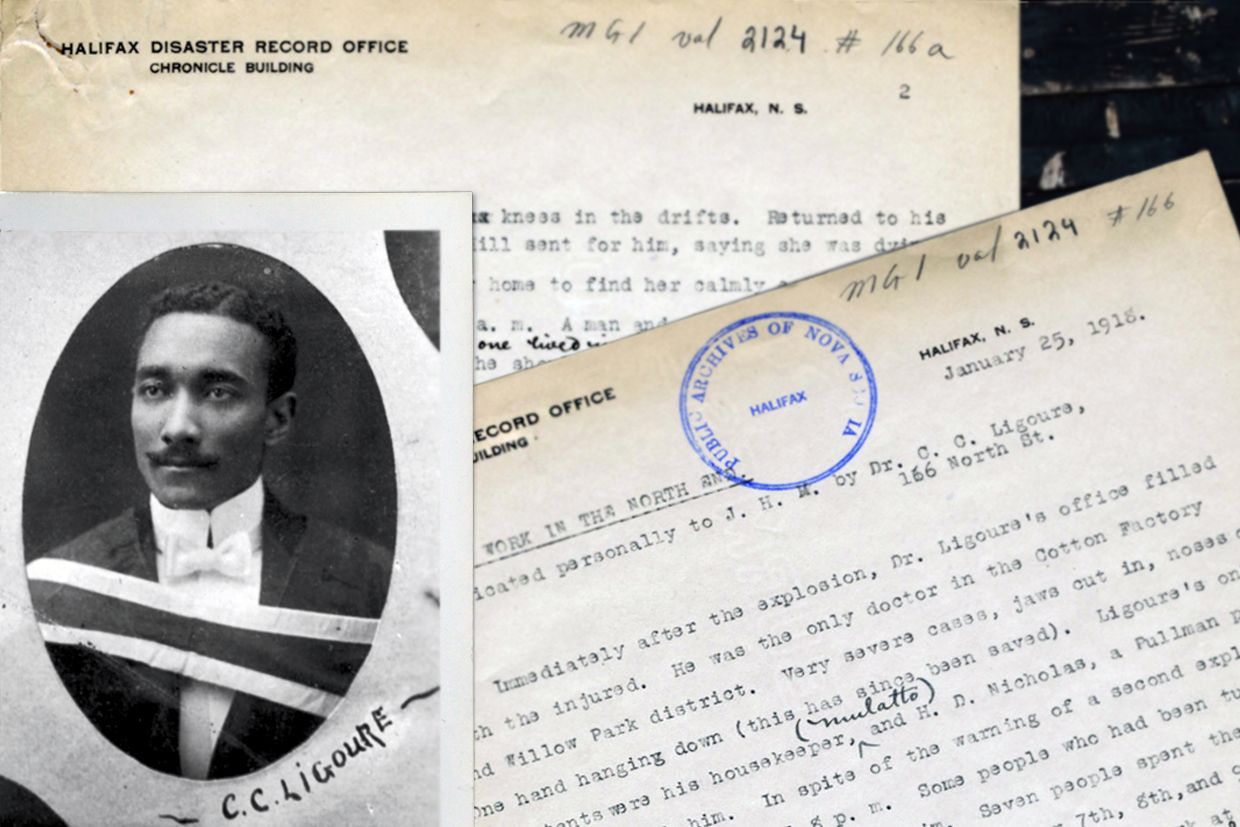 The 1917 Halifax Explosion – which killed approximately 2,000 people and injured more than 9,000 – is a well-known part of Canadian history.

But few people know about Dr. Clement Ligoure, among the earliest Black doctors practising in Nova Scotia, and a Queen’s Meds 1916 graduate, who was one of the unsung heroes in the aftermath of the disaster.

After graduating from Queen’s, Dr. Ligoure travelled to Halifax and set up a private hospital in his home in the north end of Halifax as he was not granted hospital privileges. On the morning on Dec. 6, two ships in the city’s main harbour – one packed with high explosives – collided, resulting in what was then the largest human-made explosion in history.

According to a report filed with the Halifax Disaster Record Office, Dr. Ligoure’s private hospital immediately filled with people who were severely injured. Despite fears of a second explosion, he continued to work the rest of the day with only the help of a housekeeper and a railway porter who was living in his home as a boarder.

Over the next several days, he was only getting one or two hours of sleep a night as he worked at the private hospital in his home during the day and made house calls at night.

Many people who were turned away from the overrun hospitals came to him for help. Eventually two nurses and several military personnel were dispatched to help, and a dressing station was created to clean the wounds of up to 180 people per day. The station stayed opened until Dec. 28 – more than three weeks after the explosion.

Dr. Ligoure did it all for free, according to Halifax Disaster Records. “Dr. Ligoure has not charged a cent to anyone since the explosion,” the report states.

One night Dr. Ligoure left his house at 1 am for an emergency call, and when he returned to his office at 3 am, there were two people waiting for him. He finally arrived back home at 6:15 am “utterly exhausted,” according to the report.

Dr. Ligoure died in 1922, only six years after graduating from Queen’s. (His cause of death is unknown.) His medical heroics during the Halifax explosion are only one of many impressive accomplishments.

During the First World War, Dr. Ligoure was heavily involved in forming the No. 2 Construction Battalion. He travelled to raise funds for the battalion and became the publisher of the Atlantic Advocate, Nova Scotia's first African-Canadian newsmagazine, which pressed for Black volunteers’ rights to enlist in the Canadian military.