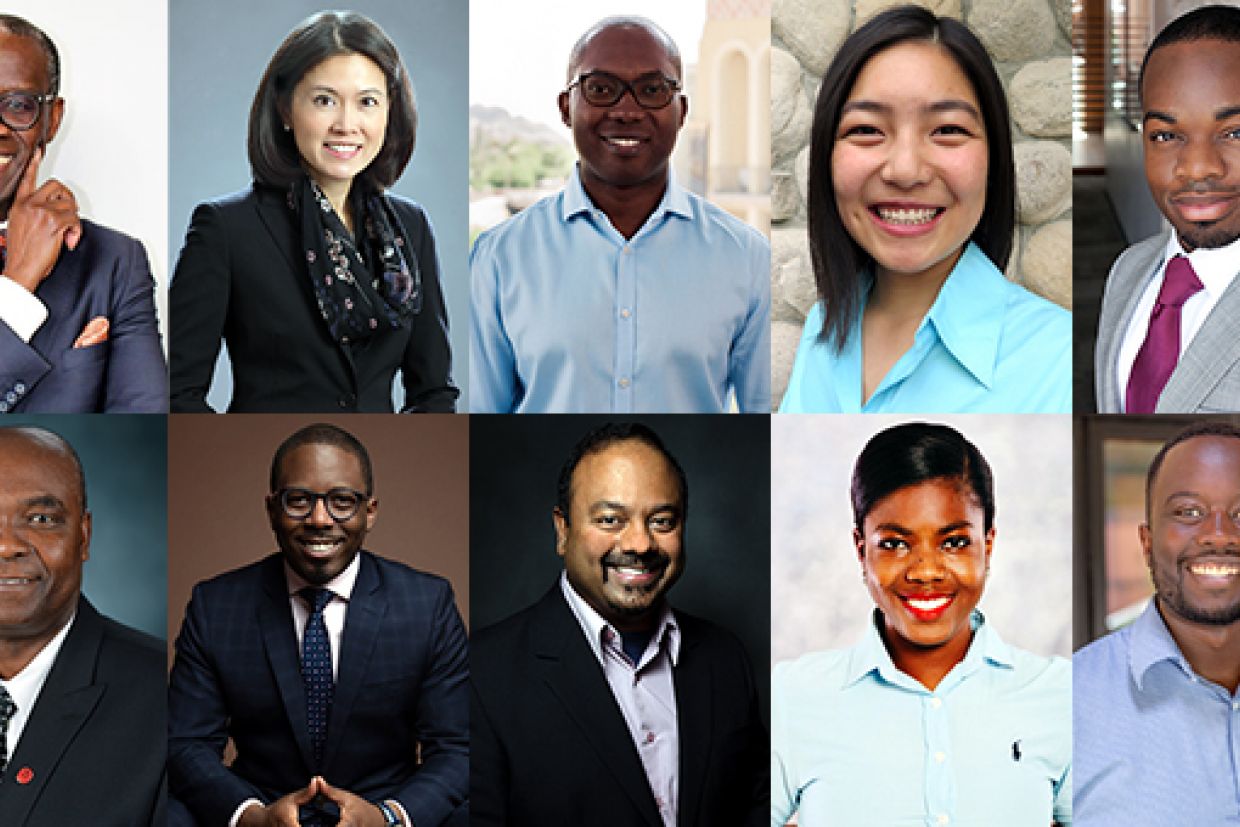 “It was exciting to see the enthusiastic interest across our alumni base for University Council: a record number of candidates and the highest turnout ever for this year’s election.”
Chancellor Jim Leech, MBA’73

From what may be its largest pool of candidates ever, University Council has announced the 10 new members who will join its ranks, starting Sept. 1, 2020. The group, elected by fellow Queen’s alumni from a pool of over 70 candidates, will join 30 individuals already on the council – a governance body responsible for the appointment of the chancellor; advising the administration on matters of interest to the university; and serving as a team of leading ambassadors and advisors for the school.

“It was exciting to see the enthusiastic interest across our alumni base for University Council: a record number of candidates and the highest turnout ever for this year’s election,” says Chancellor Jim Leech, MBA’73. “I look forward to working with our 10 new council members who bring a broad range of experiences and diverse perspectives to enrich our future deliberations.”

With more than 3,900 ballots cast, Queen’s alumni moved to advance equity, diversity, and inclusion at the upper levels of the university as well. Seven of eight candidates championed by the Queen’s Black Alumni Chapter (QBAC) made successful bids; many highlighting the importance of widening the range of perspectives provided to the university’s leadership in strengthening the university.

“As a diversity and inclusion advocate, I want to use my role on the council to continue to promote diversity and inclusion within the university with a particular focus on attracting more Black students to all programs at Queen’s as well as increasing the number of Black faculty and administration staff,” stated newly-elected council member, Abdul-Aziz Garuba, while campaigning. “I believe that such diverse perspectives will contribute to the academic prowess of the university and enhance the learning environment greatly.”

New members typically serve four-year terms on the council, performing traditional council functions and a range of other duties, such as providing subject matter expertise for university executives and deans, representing and promoting the university, encouraging and engaging in philanthropy, and mentoring students. Select University Council members are appointed to serve on important Board of Trustees’ committees and six serve as full trustees for three-year terms.

Increased representation within council membership comes on the heels of the May appointment of the body’s first-ever Equity, Diversity, and Inclusion (EDI) Advisor – a role created to promote awareness of EDI opportunities and issues, and to enhance and embed EDI within council policies, procedures, practices. Adjunct Assistant Professor Anita Jack-Davies, PhD'11, has started her two-year term in the new position. She will be responsible for reviewing University Council activity through an equity lens, and for providing EDI advice to the Council’s Executive Committee and the Chairs of Council’s Nominating and Program Committees. Dr. Jack-Davies led council’s inaugural EDII discussion on June 23.

“My goal in this role is to create opportunities for open dialogue between council members, Queen’s administrators, alumni, faculty, staff, and students to engage in difficult, but necessary conversations about the significant role that EDII plays at Queen's,” says Dr. Jack-Davies, who also serves as Senior Research Advisor (Research Initiatives, Diversity, and Inclusion) within the Queen’s Faculty of Education. “Especially at this critical moment in history where issues of race are being examined and re-examined at all levels of the university and across the globe. I hope to focus my leadership efforts on culture change and on creating opportunities to work with councillors on what inclusive change looks like and the role that they will play, as an advisory body, in facilitating change.”

Learn more about the University Council on the Secretariat website.

The story originally appeared in the Queen’s Gazette.