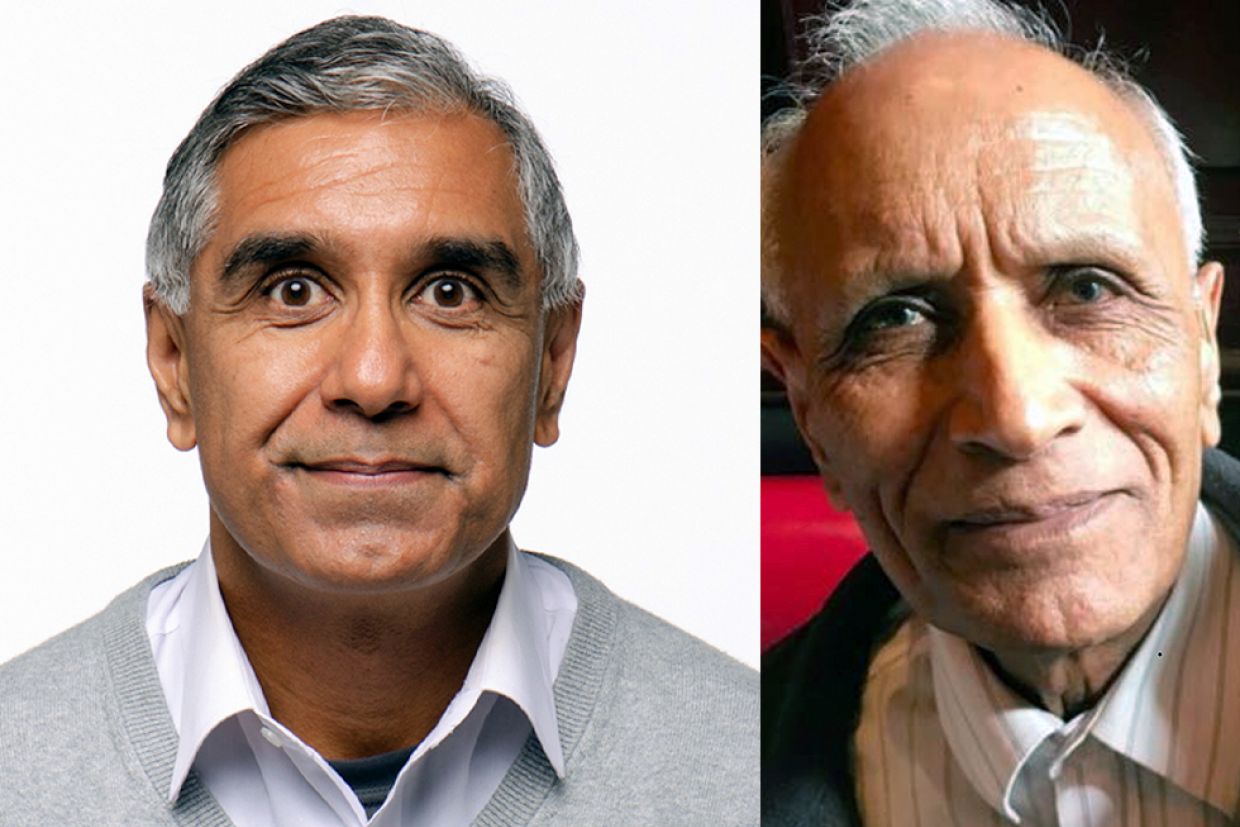 From left to right: Sukhwinder Singh, MA’90, and his father, Jhalman Singh.

An education can not only change one’s life but also generations to come. Sukhwinder Singh, MA’90, thanks his late father, Jhalman Singh, for giving him the gift of education.

In the past three decades since he first stepped on campus, Singh has gone on to an impressive career including working at the Bank of England, being selected as an Overseas Development Institute Fellowship recipient to work in South America, working at the Canadian International Development Agency and, for the past 24 years, has worked for the International Monetary Fund (IMF), helping design debt relief, economic reform programs and building macroeconomic capacity for some of the poorest nations across the globe.

Singh says none of it would have happened if not for the incredible sacrifices his father made, and the support from the Queen’s community.

He grew up in Bradford, England, an industrial working-class city where most classmates were forced to leave school at 16 in order to support their families. Singh’s father was a farmer from Punjab who started working at the age of four. At the age of 21, he stowed away on a boat from India to England in the late 1950s. Having never been to school and thus unable to read or write, he could only find work doing manual labour in factories, where he worked for 44 years, 52 weeks a year. “I used to read my father’s letters to him as a child,” said Singh. His parents sacrificed so that he and his twin sister would not be pulled from their studies. At 18 they became the first children from their local government school (public school) to attend university for many years.

Nearing the end of his secondary schooling, Singh became interested in economics after watching a documentary covering the exorbitant interest rates paid by farmers in India, which caused generational debt and servitude.

During his undergrad at the University of Bath, he reflected on the racism and suffering he and his family were victims to and began to think about studying abroad. During his final year, Singh began researching top universities for economics and learned that Queen’s was home to globally respected professors such as the late Douglas Purvis.

The warmth and support he received from Queen’s as an international student were amazing. He received both financial aid and a teaching assistantship, which he never could have imagined previously as back home in the U.K. scholarships were scarce, even for domestic students. Singh notes how Queen’s academic standards and school spirit were impressive, so much so that he wishes he had completed his undergrad at Queen’s.

“Queen’s gave me a chance that transformed my life. It enabled someone raised in poverty to help, even if in a small way, the world’s poorest countries,” said Singh. “For Queen’s generosity, I will always be grateful.”

Currently, Singh works for his “home department” within the IMF, which is the African Department. “For me, the most rewarding work is with the poorest and most fragile states. I currently lead the team that works on Sierra Leone, a country that has suffered a succession of shocks – from a brutal civil war, Ebola, commodity price collapse, climatic disasters and now COVID.”

Before returning to the African Department, Singh returned to his motherland for three years to establish a new regional IMF office building capacity on macroeconomic management in South Asia, which was headquartered in Delhi. “My father went with me, so his life came full circle. It was a real fairy tale ending to his life, as he got to see his child working to help the country whose extreme poverty he had to escape.”

Sukhwinder Singh would like to dedicate his interview to the memory his father, Jhalman Singh, and daughter, Nihal Kaur Toor.