A New Vision for Richardson Stadium 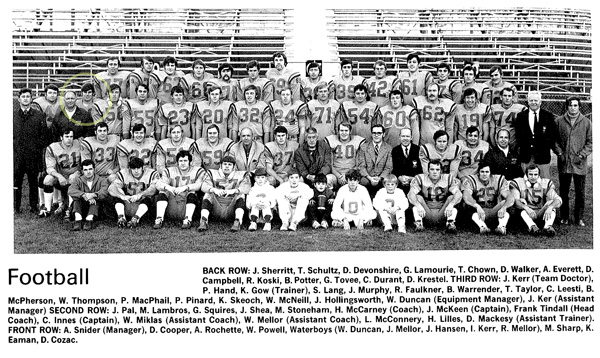 Mr. Stu Lang has generously pledged $10 million toward the revitalization of Richardson Stadium. With this pledge confirmed, a campaign is now underway to raise the remainder of the $25 million required for this project.

During his time at Queen’s, Stu Lang played both hockey and football with the Gaels and was a member of the 1970 Yates Cup championship team.

After retiring from professional football in 1981, Mr. Lang moved on to a successful business career in packaged-goods labeling as President of CCL Label Canada/Mexico and then CCL Label International. He retired as an officer of the company in 2006 but is still active as a Director on the company’s Board. CCL Industries Inc., a Lang family controlled business, is a world-class specialty packaging company headquartered in Toronto.

Mr. Lang continues his love of football as the current head coach of the University of Guelph Gryphons.

Mr. Lang and his wife Kim are also generous supporters of education and animal welfare causes, and they have donated to Upper Canada College’s "Think Ahead" campaign to fund student financial aid.

More on the Richardson Stadium project...