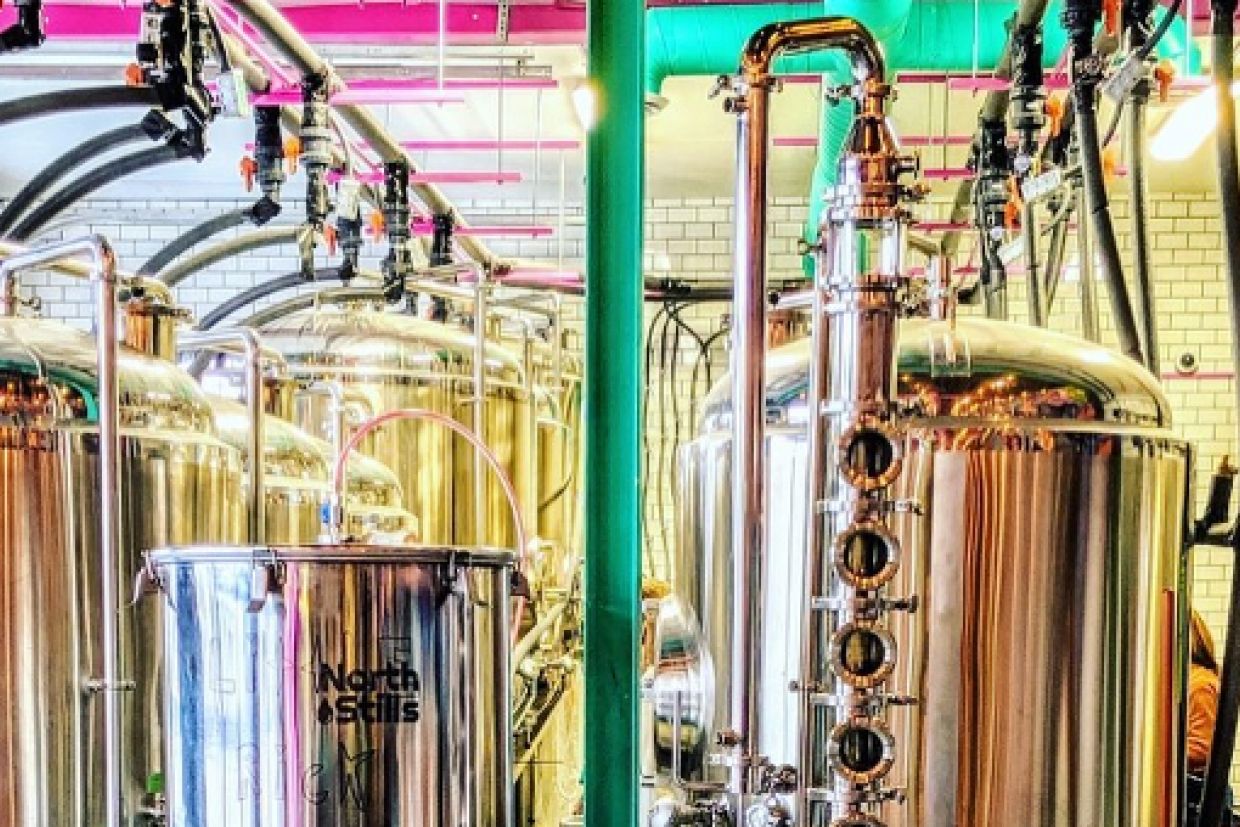 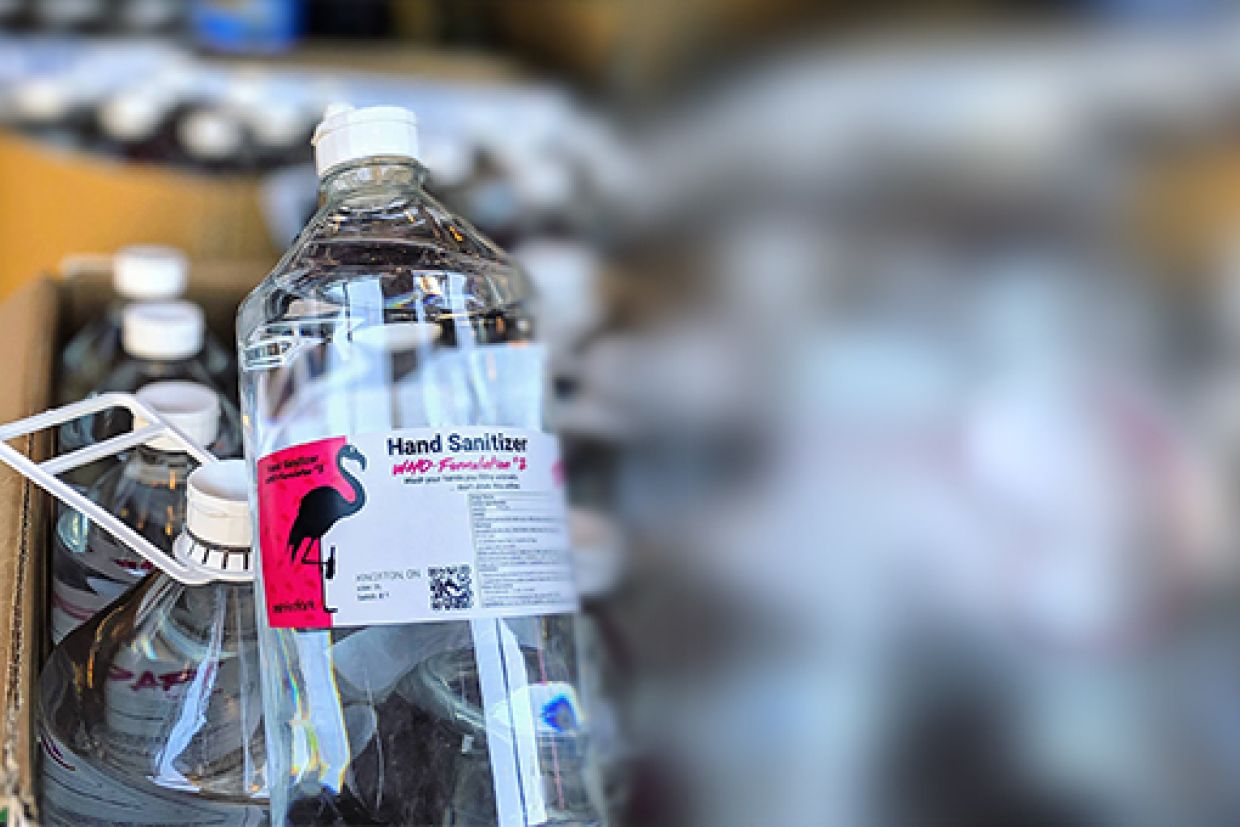 Alumni Brew up a Contribution to Kingston Health-Care Workers

Shan Jhamandas, MBA’05, and Greg McLeod, Sc’09, go way back to 2009, when Greg had just graduated and Shan gave him his first job. Fast forward 11 years, and the two not only remain friends, they co-own a brand new Kingston brewery that is making a difference for local frontline health-care workers.

“We have been working on Daft Brewing for four years, and we opened January 25, 2020,” says Greg. “Before COVID, we only had seven weeks under our belts of actually being open to the public. And now it seems like we are running a hand sanitizer company.”

If you’re wondering how a brewing company finds itself producing and donating hand sanitizer, the story goes back to 2018, when the Daft team was buying equipment for the brewery. On a whim, they decided to add an alcohol still to their order, even though they had no plans to brew anything other than beer. “It was a complete impulse buy,” Greg says. “We’re not a distillery. We bought the still, and forgot about it.”

Once the COVID-19 pandemic hit, Greg and a third co-owner, Adam Rondeau, were looking for ways to recalibrate their young business. After learning that alcohol distillers were repurposing their stills to make hand sanitizer, they decided to take theirs out of storage.

With family members working in healthcare — Greg’s wife is a nurse and Adam’s wife is an anaesthesiologist — they saw an opportunity to make a difference. “I think a lot of people feel very powerless with this, and this is a chance to be empowered and try and do something good about it,” says Shan.

Daft Brewing received its official COVID license from Health Canada, and over the course of about three weeks, they have produced more than 430 litres of hand sanitizer.

They credit the Kingston community for incredible support right from the beginning. Less than 12 hours after the Daft team announced its new plans on its social media channels, local businesses and individuals reached out with a number of items to support the initiative. “I showed up to the brewery one evening and Adam was on the phone and he was sitting on 2,000 pounds of sugar. An anonymous donor gave us 2,000 pounds of sugar,” says Shan.

“That’s what has enabled us to distribute this stuff for free,” says Greg. Daft Brewing is donating all of its hand sanitizer to frontline health-care workers including local hospitals and nursing homes.

“This and other initiatives show there is always a chance for people to work together no matter what is going on,” adds Shan.

“I think a lot of people feel very powerless with this, and this is a chance to be empowered and try and do something good about it.”