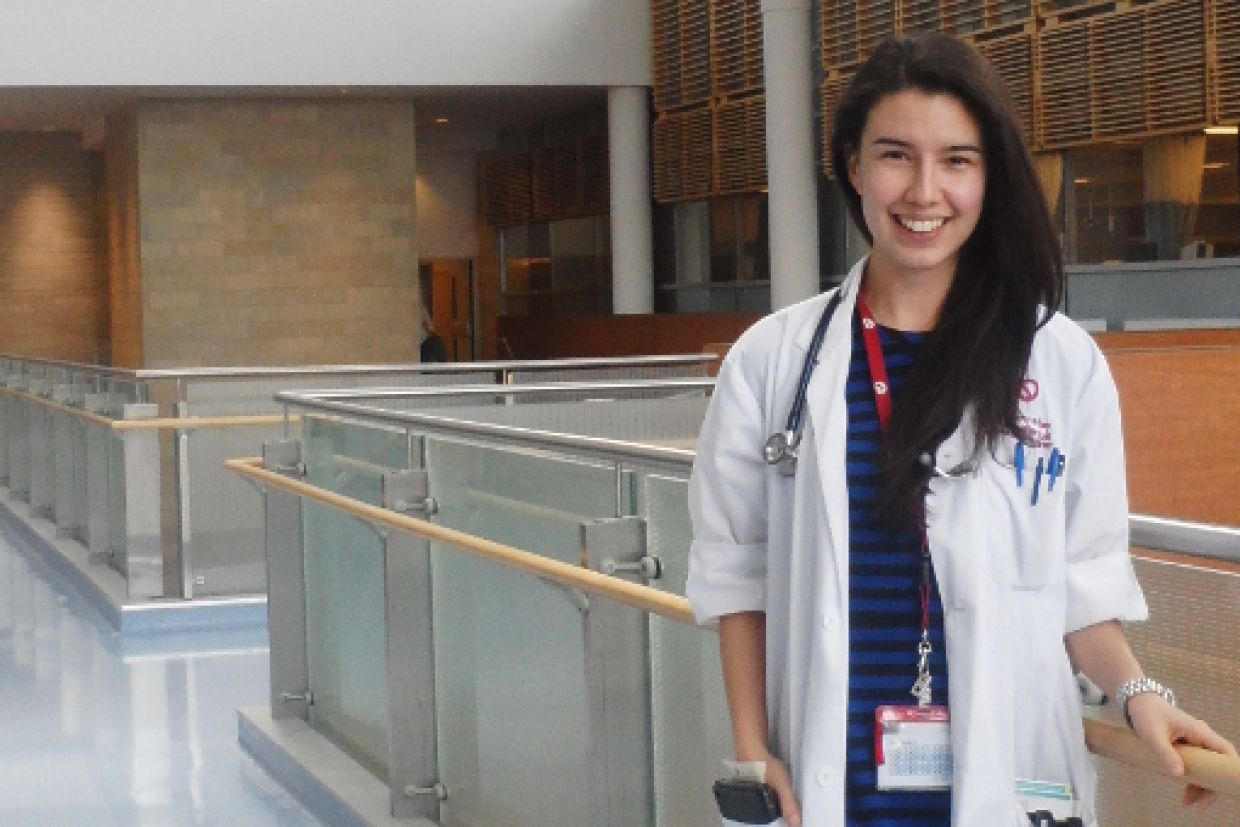 Donna May Kimmaliardjuk, Artsci’11, is completely comfortable doing open-heart surgery every day as a resident at the University of Ottawa Heart Institute. Being a role model is something the 28-year-old Life Sciences grad finds a little more challenging.

The distinction has put her in the spotlight and brought pride to the people in her community of Chesterfield, Nunavut. She has been profiled by various media outlets such as CBC and the Nunatsiaq News and recently she received an Indspire Award (formerly called the National Aboriginal Achievement Award).

Dr. Kimmaliardjuk is trying to embrace the spotlight but admits the idea of people looking up to her will take some time to get used to. Being regarded as a pioneer among her community while still in the formative years of her career as a heart surgeon can be a difficult position, but she has remained grateful and humble about her accomplishments.

“(Being a role model) is something I am growing into, but I am very honoured by it. I am happy to share my story and to be a part of celebrating all Indigenous accomplishments in all different areas of life,” she says.

She was born in Winnipeg and then lived in Nunavut for only a few months as a baby before her family moved to Ottawa, where Dr. Kimmaliardjuk grew up. But many family members still live in the community, so the North remains a big part of her life and culture. After graduating from Queen’s, she went to medical school at the University of Calgary before moving back to Ottawa to do her residency.

She describes her Queen’s experience as “very happy.” The four years she spent in Kingston were very formative and she was very involved in campus life. She was president of the Queen’s Native Student Association for two years and also served as the undergraduate representative to the Aboriginal Council of Queen’s University.

“The Four Directions Aboriginal Student Centre had a big role in my life at Queen’s – a much bigger role than I ever thought when I first went there. I met such amazing women that I now consider family, role models and mentors who helped shape me into who I am today,” says Dr. Kimmaliardjuk. “Queen’s Life Sciences was the perfect program for me. It prepared me and exposed me to what to expect at medical school.”

While it may be surprising to some that Dr. Kimmaliardjuk is the first Inuk heart surgeon in the 150-year history of Canada, she notes that modern western civilization was slow to come to the North. People were focused on living off the land, not thinking about traveling thousands of kilometres south to get a university degree. Today, there are a lot of barriers to higher education for people in the North – such as socioeconomic as well as the culture shock of living in a big city.

“To put it in perspective, my mother’s parents were literally born in igloos. So that is only two generations ago. It is pretty remarkable that we went from people living off the land to me working in a major hospital doing open-heart surgery every day,” says Dr. Kimmaliardjuk.