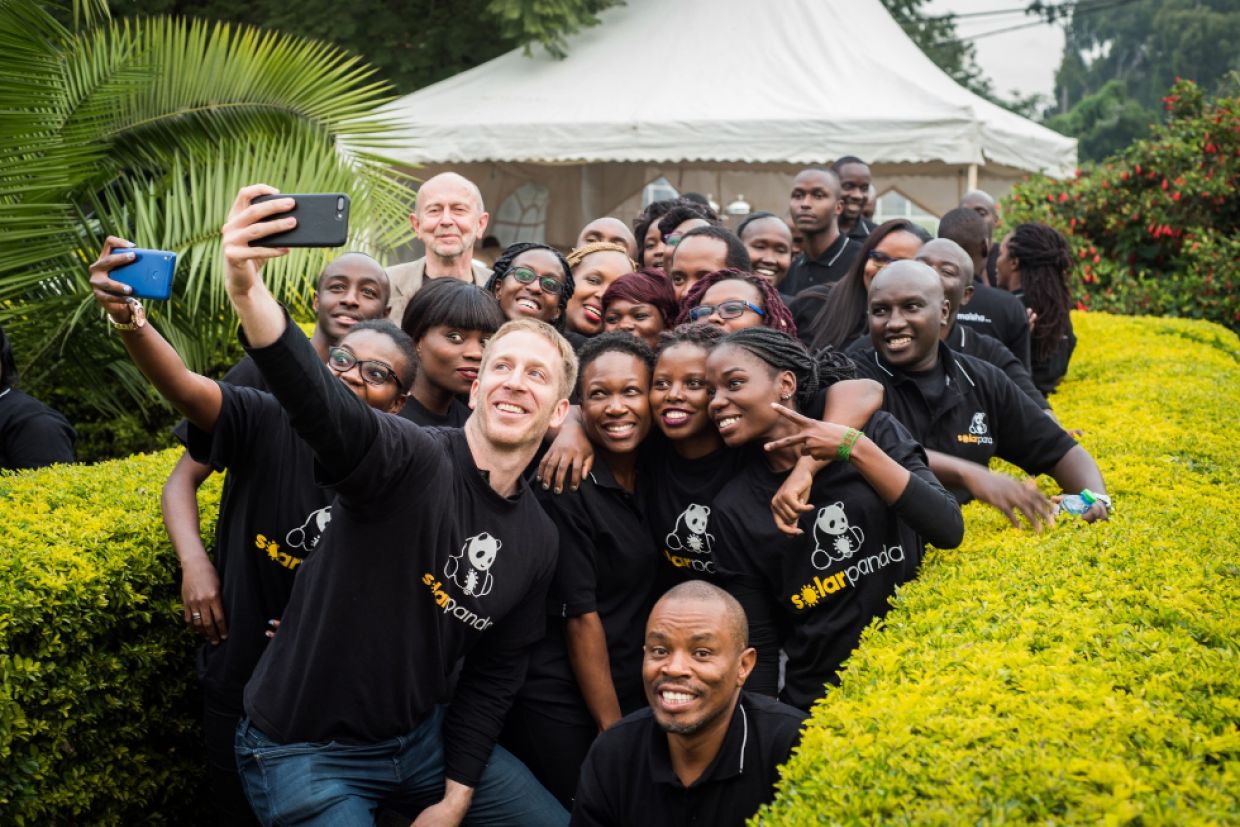 Andy Keith, Sc’08, lives and works in Toronto, yet he’s been able to bring electricity to 200,000 homes and 1-million people in rural communities in Kenya.

Keith is the founder and CEO of Solar Panda, a company he launched in 2016, that provides small, affordable solar-energy systems to homes in the African country that do not have access to electrical grids.

The company does engineering and software design in Toronto, manufactures in China, and has 37 shops and 1,000 sales agents in Kenya. Last year, the company was ranked the third-fastest growing company in Canada by the Globe and Mail’s Report on Business Magazine.

“There are still nearly a billion people globally without access to electricity, so we are just getting started,” says Keith, who tries to visit Kenya two or three times a year.

Keith is helping to replace the need for kerosene lamps, which is common in developing countries but comes with health and safety risks. Experts estimate that breathing kerosene fumes that are produced lighting a home for several hours is the equivalent of smoking two packs of cigarettes a day. Kerosene can also cause skin and eye irritation, as well as cause fires and burns.

“It’s a terrible way to light your home,” says Keith, who is thinking about expanding Solar Panda to other countries in Africa in the future. “Solar is a much better solution.”

He’s always been passionate about business and the environment. After Queen’s, he successfully launched and sold two renewable energy companies – Fresh Air Energy and Solray Energy.

He took the money he made and started investing in other renewable energy corporations. He was at a conference in San Francisco when he sat in on a panel about renewable energy in Africa. After learning many people in Africa did not have access to electricity, he saw it as both a travesty and an opportunity to help. After unsuccessfully looking for a renewable energy company to invest in the African market, his entrepreneurial spirit kicked in and he decided to do it himself by starting Solar Panda.

The cost of a Solar Panda power unit ranges from $250 to $1,000 (CDN). The basic unit gives Kenyan homeowners enough electricity to run lights, a radio, and charge a cellphone. The higher-end systems are strong enough to power a 32-inch television.

Keith says one of the keys of success is the company’s pay-as-you-go pricing model. Most people living in rural Kenya couldn’t afford to pay for the solar system up front. Solar Panda allows people to pay in small increments as they go, until they own the system outright, which usually takes a year or two.

“If we had to charge cash up front, we wouldn’t make many sales,” Keith says. “The fact that people can pay in increments is what allows us to scale.”

Keith is happy to have a company that fulfills his entrepreneurial dreams and have a positive impact on people and communities at the same time.

“I had done pretty well (financially) with my first two companies. I could have just sat back and kept investing. But impact is more important to me than making more money,” Keith says. “It’s definitely a major part of why I am doing this.”