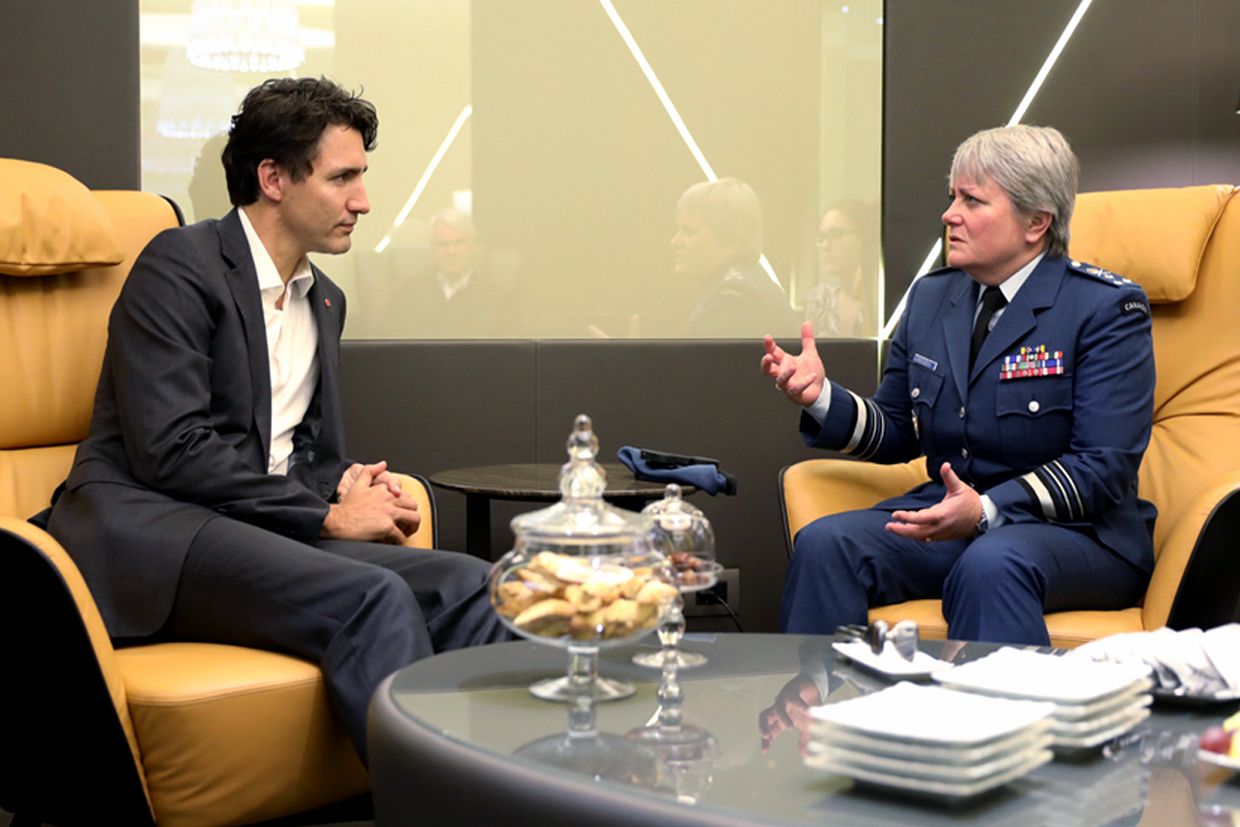 When most people retire, they get a card and a going-away party. When Christine Whitecross, Sc’84, stepped away from her 40-year military career a few months ago, the lieutenant-general received a congratulatory tweet from Prime Minister Justin Trudeau.

“Thank you for your selfless service … and for being a strong voice for gender equality in the military. Wishing you all the best!” the PM tweeted a few months ago.

When Whitecross looks back at her military career, she knows people will focus on her high-profile accomplishments. She was the highest-ranking women in the Canadian Armed Forces when she retired. In 2016, she became the first women appointed to run the NATO Defense College in Rome.

While reminiscing about her career during an interview from her home just outside Ottawa, Whitecross said she is more proud of her low-profile accomplishment – mentoring young military leaders. She feels her legacy is preparing the Canadian Armed Forces’ next generation of leaders.

“I truly believe our job, as we go up the rungs of leadership, is to coach and encourage those people who are coming behind us,” says Whitecross, who started her military career as a construction engineer. “I had the opportunity to work with some absolutely stellar young female officers. I'm delighted with the talent that we're seeing from the next generation. I like to think that maybe I had a little bit to do with that.”

One of the high-profile assignments during her career was leading the Canadian Forces Strategic Response Team on Sexual Misconduct in 2015 to investigate sexism and harassment in the military. The task force produced a report that led to criminal charges against seven soldiers and found more than 100 cases of inappropriate behaviour. It also created new policies and training programs.

She wishes she could have done more but there are only so many hours in a day to solve a problem that will take years, not months, to fix.

“I'm proud of the fact that (the Canadian Armed Forces) took a stand six years ago, and a fairly hard stand,” says Whitecross.

Her career wrapped up while facing a new challenge – COVID-19. Italy was one of the early epicentres of the pandemic and she was commandant of the NATO Defense College in Rome. The college, which trains military leaders from around the world, was able to adjust and go virtual and still managed to graduate most of its students. She was proud there were no cases of COVID while she was there, and she was able to continue working toward the college’s goal of developing innovative thinkers and strategic leaders.

What is next for Whitecross? A break. She promised her husband to take it easy for six months. But she isn’t finished helping and mentoring others.

“There are certain things I want to pursue, and none of them have to do with full-time work or lobbying or consulting. It’s more like mentoring and coaching. Working with people is what interests me,” says Whitecross, who had two daughters attend Queen’s, Brianne, MPA’16, and Shaynah, Ed’18.