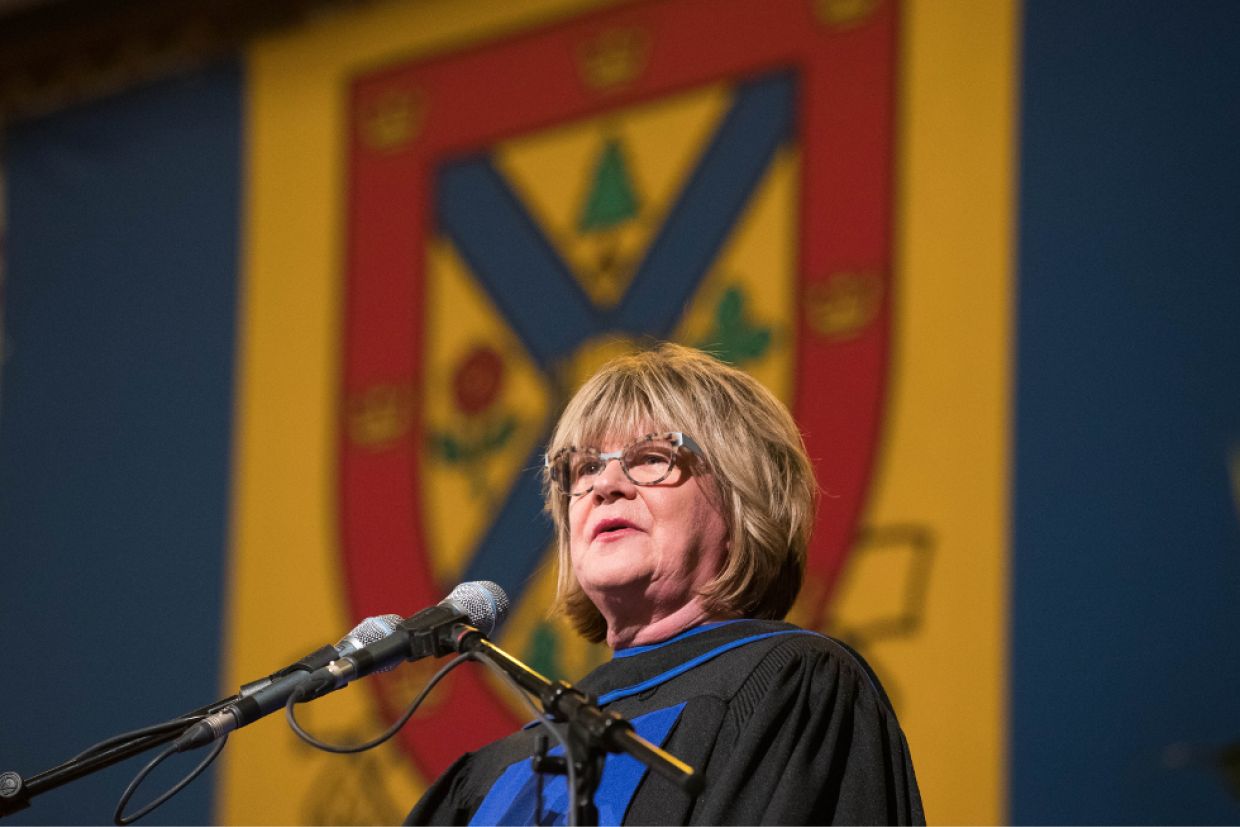 CBC broadcaster and alumna honoured for her exceptional contributions to Canada

One of Canada’s most beloved broadcasters – Shelagh Rogers, Artsci’77, LLD’19 – is being honoured for her tireless efforts to promote literacy, fight mental health stigma, foster truth and reconciliation, and other exceptional contributions.

The CBC Radio host will be the 22nd recipient of the prestigious Symons Medal, joining a list of past recipients that includes prime ministers, premiers, and a Supreme Court justice.

“When I got the call I actually said ‘holy expletive deleted!’” said Rogers. “It was stunning to me. I know some of the previous (Symons) laureates. I recognize their stature and what they have done in the world so I feel extremely honoured and humbled to be in their company.”

Rogers is a veteran broadcast journalist at the CBC, most recently as the host and producer of The Next Chapter, an award-winning program devoted to books and writers. Over her career, she has hosted other national radio programs such as This Morning, The Arts Tonight, and Sounds Like Canada.

Rogers is an advocate for mental health, adult literacy, and for improving Canada’s relationship with Indigenous Peoples. In 2011, she was inducted as an honorary witness for the Truth and Reconciliation Commission. That same year, she was named an officer of the Order of Canada for elevating the cause of adult literacy, fighting against the stigma of mental illness by sharing the story of her own depression, and for promoting Canadian culture.

She co-edited three books in the Aboriginal Healing Foundation’s Speaking My Truth series and, in 2019, was named an inaugural Library and Archives Canada scholar in recognition of her dedication to the promotion of the country's literary and historical heritage. She holds eight honorary doctorates from Canadian universities (including Queen’s in 2019) and is chancellor emeritus of the University of Victoria. Rogers is a member of the Métis Nation of Greater Victoria.

“(Rogers) is one of the nation’s most beloved storytellers, and her advocacy work has had a monumental impact on our country,” says Robert Sear, co-chair of the Symons Medal Committee.

The Symons Medal is run by the Confederation Centre of the Arts in Charlottetown. The annual medal ceremony and its associated lecture offer a platform for an eminent Canadian to discuss the nation’s current state. Rogers’ Symons Medal Lecture will take place in Charlottetown on Oct. 13 and will also be livestreamed.