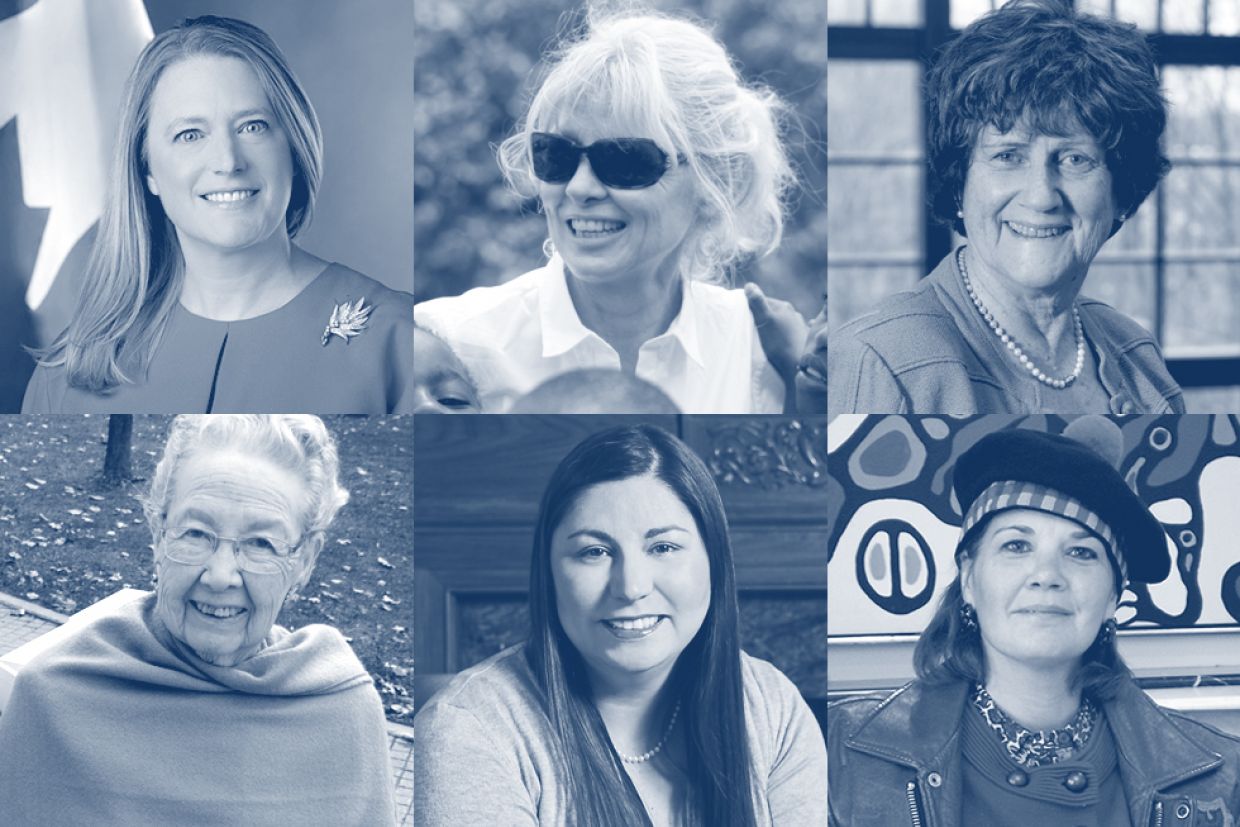 Queen’s University alumnae have made a tremendous impact on the world, from conducting research that has changed the way doctors approach breast cancer treatments to pioneering the way Indigenous studies are taught at universities across North America.

Campbell was named the Ambassador of Canada to the European Union in 2020, becoming the first woman in the role. She is currently serving in Brussels and is responsible for representing Canadian interests when dealing with the powerful union of 27 member states.

Before being named ambassador, Campbell served as the Chief Trade Commissioner of Canada. She led a team of 900 trade commissioners in 160 offices around the world who helped Canadian businesses expand internationally.

Berman is an award-winning documentary filmmaker whose movies explore the lives of icons such a Playboy founder Hugh Hefner and Canadian nature artist Robert Bateman.

Her most acclaimed movie was Artie Shaw: Time Is All You've Got. The film about the legendary jazz clarinetist won the 1987 Academy Award for Best Documentary.  Berman is a part of Oscar history because her film tied with another documentary, Down and Out in America, one of only six ties since the Academy Awards started in 1929.

Sampson, Artsci’85, Law’93, is a human rights lawyer who led a team of volunteers for several years conducting legal research and collecting evidence to prove that police in Kenya were failing to enforce existing rape laws. Sampson’s team then used that evidence as the driving force behind a landmark Kenyan High Court ruling in 2013 that found Kenyan police failed in their duty to protect girls. The successful case, filed on behalf of 160 girls who were survivors of rape, now helps to protect more than 10 million women and girls in Kenya from similar crimes.

The “160 Girls” lawsuit in Kenya caught the attention of the New York Times and the British newspaper The Guardian.

Lickers has used the legal system to advance Indigenous rights in Canada as she took on important cases affecting the legal status and lives of Indigenous people.

She appeared before the Supreme Court of Canada in Daniels v. Canada, representing the Assembly of First Nations, which ruled Métis and non-status Indians are “Indians” under the Constitution; and Chippewas of the Thames First Nation v. Enbridge Pipelines, representing the Chiefs of Ontario on the adequacy of consultation relating to the pipeline development.

She became her firm’s (Gowling WLG) first-ever Indigenous woman partner and led its national Indigenous Law Group. Lexpert magazine named her one of its Rising Stars: Leading Lawyers Under 40 in 2020.

Dr. Pritchard is a medical oncologist and researcher in Toronto whose clinical trials transformed breast cancer treatment approaches worldwide. She has completed many studies on women's health, breast cancer, and hormone replacement therapy.

Dr. Pritchard was one of the most cited researchers in the world in 2014 and 2015, according to Thomson Reuters. Her work has been published in some of the world’s top medical journals including The New England Journal of Medicine and The Lancet.

Bernhardt, a recent nursing graduate, is doing her part to help improve Indigenous knowledge and remove prejudice in healthcare to ensure incidents like the deaths of Joyce Echaquan and Brian Sinclair never happen again.

She is now a part of the Indigenous Interprofessional Primary Care Team in Kenhtè:ke (Tyendinaga Mohawk Territory) that is offering holistic healthcare to Indigenous people and their families by providing primary medical care and mental health services with a strong culture-based approach.

In the late 1960s, there were no Indigenous studies programs at any post-secondary institution in Canada. When Castellano, Arts’55, LLD’91, was hired in the early 1970s to start teaching at Trent University’s new Indigenous Studies program, she and her colleagues had to make up the curriculum as they went. Over the next four decades, Dr. Castellano’s trailblazing work served as a foundation that many other schools followed.

She also served as Co-Director of Research with federal government’s Royal Commission on Aboriginal Peoples in the 1990s.

The approaches she championed in research helped to develop more inclusive curricula and increase the number of Indigenous students on post-secondary campuses across Canada.

The Brant House residence at Queen’s is named in honour of her and her brother, Dr. Clare Clifton Brant (Meds’65), Canada’s first Indigenous psychiatrist.

Dickenson, a co-founder of Army of Masks, used the business skills she learned at Queen’s to help protect people and prevent the spread of COVID-19.

Last spring, during the early stages of the pandemic when all masks were in very short supply, a friend of Dickenson’s was sewing homemade masks and taking orders on a notepad. When Dickenson joined, she realized that technology could scale the project to all of North America. She reached out to friends in her network who volunteered their talent to create an app and website to easily track requests online and recruit more sewers.