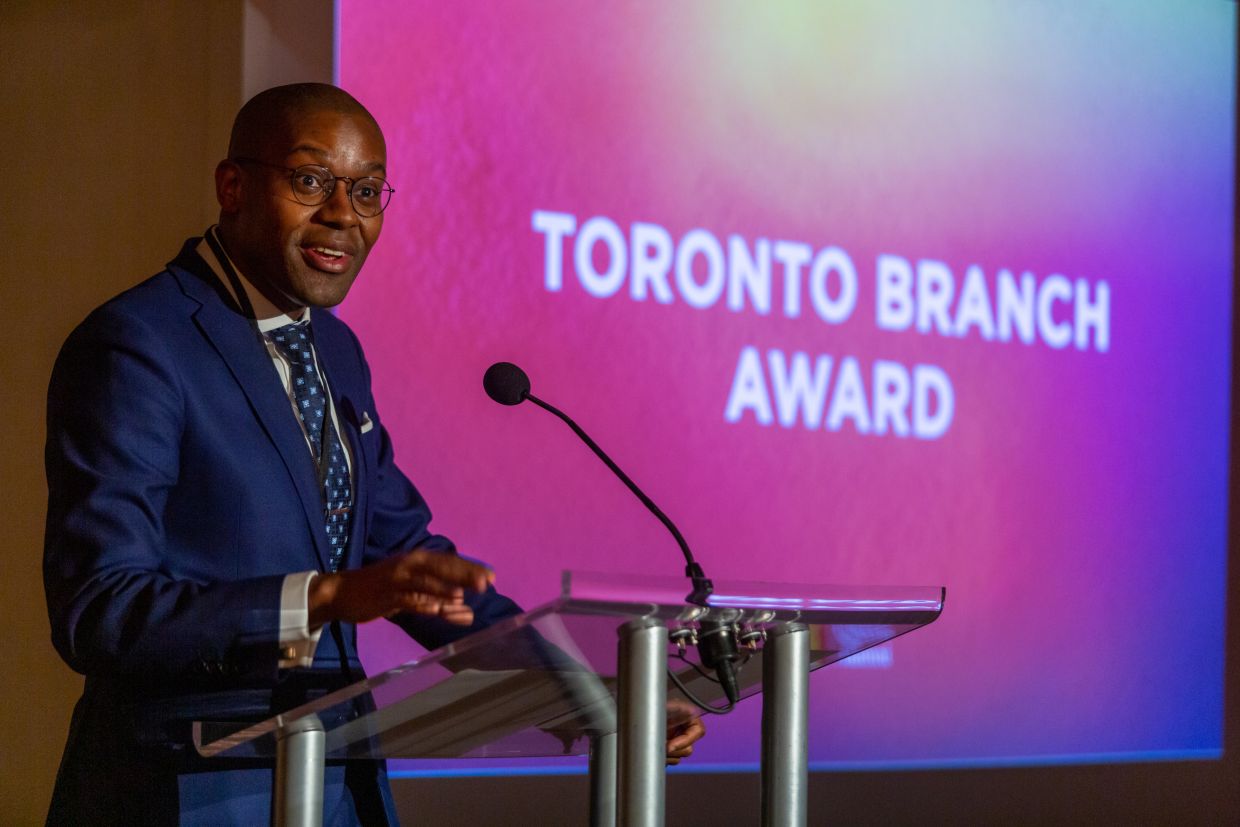 On Jan. 17, Colin Lynch, Artsci’07, Com’07, was delighted to receive his 2020 Toronto Branch Award and celebrate with the Toronto alumni community in person.

The Toronto Branch Award is presented to Toronto-area alumni who have distinguished themselves in their careers, in their volunteer work, in the arts, or in other ways they have contributed to society.

“Colin's participation and engagement reflect the best of our university community and the impact Queen’s alumni have on the world,” Karen Bertrand, Vice-Principal, Advancement, noted during the award presentation.

For Lynch, that participation and engagement has continued in the years since receiving the award. Lynch has been hard at work on his latest project, the Black Opportunity Fund (BOF), of which he is a co-founder and serves as the committee chair on the organization’s board. Founded in 2020, BOF partners with Black businesses, Black organizations, and the Black community to combat the impact of anti-Black racism in Canada.

The organization has been busy over the past year, inking a deal with TD Bank to create the Black Entrepreneur Loan Program, an initiative for Black entrepreneurs who have been unable to secure funding through traditional avenues. It’s part of the organization’s efforts to close the funding gap and partnerships with Canada’s major financial institutions like TD, BMO, CIBC, and National Bank have already led to direct funding for 50 Black-led businesses.

Lynch and his colleagues aren’t just looking to the banking sector for funding and their creative approach is paying dividends. In September, BOF partnered with DoorDash Canada to offer $130,000 in #BlackFoodEnergy cash grants to Black-owned restaurants in Canada to grow business operations.

The Black Opportunity Fund is also combating the effects of anti-Black racism in Canadian society more broadly. BOF worked with Walmart Canada to establish the Sickle Cell Disease Patient Amenities Fund at SickKids. The endeavor is designed to alleviate the financial burden patient families experience for costs not covered by government funding.

His continuing commitment to these projects has led to national recognition as one of Canada’s Top 40 Under 40 in 2020 and more recently as one of the 100 Most Influential Black Canadians in 2022. For Lynch, receiving recognition is humbling, but not the force behind his community work.

“At the end of my life, the only metric that is going to matter is how much positive impact I had on how many lives,” says Lynch. “For me, that is the driver.”