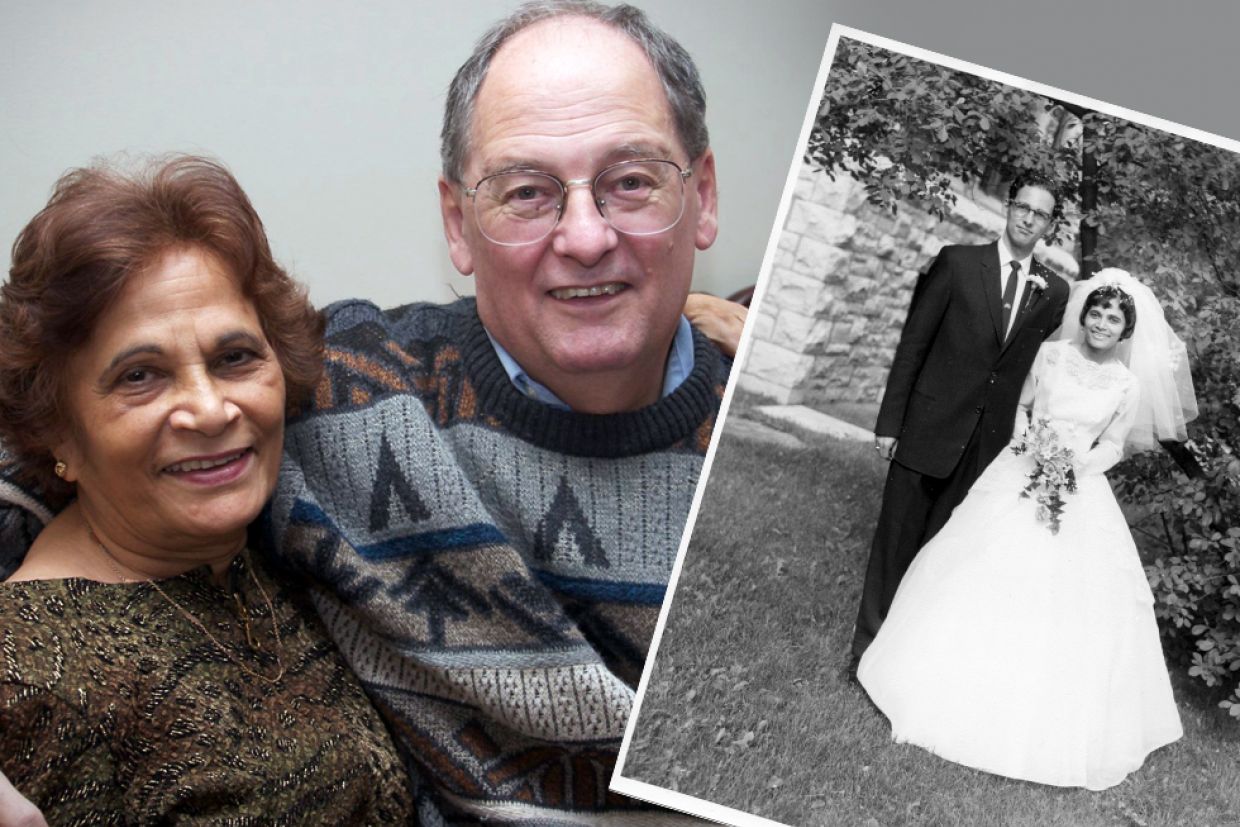 Couple celebrates 60th anniversary after finding love in the library

Some people go to the library to get resources for school projects or find a quiet place to study. For Siupatie Harding (nee Maharaj), Arts’62, and Dr. Doug Harding, Meds’62, it is where they found love.

The two Queen’s students met through their jobs on campus as part-time librarians – Siupatie in Douglas Library and Doug in the medical library. Decades later, the couple are celebrating their 60th wedding anniversary on June 2, 2022.

“Our love has been deep, and I can’t think of anyone else I would enjoy life with other than Doug because he is so understanding,” Siupatie says. “It’s a wonderful marriage.”

Doug and Siupatie say the secret to a lasting partnership is understanding that no two people are the same. So, you should love your partner for who they are and appreciate their differences.

One major difference for the couple was their cultural backgrounds. Siupatie, a Hindu originally from Trinidad, and Doug were dating at a time when mixed-race relationships were not common. Even Siupatie’s mother was hoping her daughter would marry an East Indian man.

“(My mother said) there is no way you are going to get married to anybody other than a Hindu,” recalls Siupatie. “I said ‘Mom, (Doug and I) are already engaged, and I am 21 so I can marry whomever I want.’”

Her mom went on to love and accept her son-in-law. Doug had a long career as a pathologist and Siupatie was a teacher before the couple retired and now live in St. George, Ont.

They have three kids (including alumna Nadine Harding, Artsci’86). They will become a three-generation Queen’s family when their granddaughter comes to campus in September to study Environmental Science.