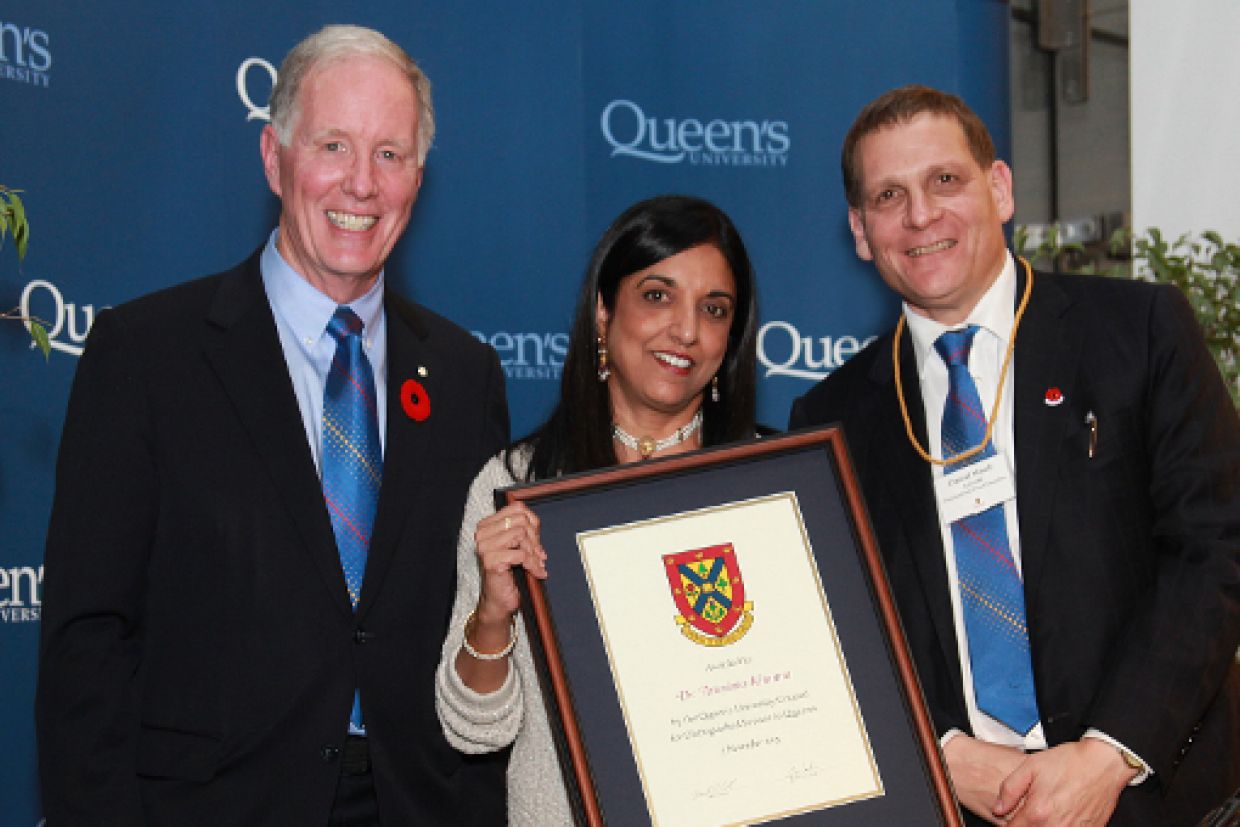 Distinguished Service Awards Honours Some Of Queen’s Most Dedicated Supporters

Six dedicated Queen’s volunteers and supporters are being honoured by University Council with the Distinguished Service Award.

The award has been presented by University Council since 1974 to recognize individuals who have made Queen’s a better place.

“The Distinguished Service Awards honour some of Queen’s most committed staff, alumni and volunteers. It is the efforts of people such as these award recipients that help make our university one of Canada’s leading academic institution,” says Principal Daniel Woolf, chair of the University Council Executive Committee, which selects the recipients.

Dr. Colgan, a Faculty of Education professor, is being recognized for her community outreach on behalf of Queen’s. She organizes the annual Kingston Science RendezVous and has developed two educational TV shows The Prime Radicals and mathXplosion.

Mr. Cuthbertson was editor of the Alumni Review for 28 years before retiring in 2014. Previous Review editors Herb Hamilton and Cathy Perkins have also received the award.

Mr. van Nostrand is a former Alma Mater Society president. He has been a member of both the University Council and the Board of Trustees and served on more than 50 Queen’s committees.

Mr. Pritchard volunteered for 12 years on University Council. He also served on the Queen’s University Alumni Association Board and has done everything from sitting on committees to handing out QUAA pins to new grads during convocation ceremonies. His dedication to Queen’s earned him the Padre Laverty Award from the Kingston Alumni Branch in 2006.

Ms. Palk, Arts’73, is being honoured for her long commitment to the university, which includes serving on the Board of Trustees for more than a decade and being a member of the Initiative Campaign Cabinet – the fundraising drive that raised $640 million.

Dr. Pattenden’s devotion to the school goes beyond the five degrees he has attained at Queen’s. Dr. Pattenden has served on both the Queen’s Board of Trustees and University Council and has been a strong advocate of student wellness. He also serves on the W.J. Henderson Foundation Board which has made several large donations to Queen’s. His dedication to Queen’s has earned him several other honours, including last year’s Padre Laverty Award from the Kingston Alumni Branch.

The Distinguished Service Award dinner will be presented on Nov. 5 and hosted by Chancellor Jim Leech.

“These recipients have given so much to Queen’s over many years and deserve to be recognized for all their efforts. I look forward to joining with you to honour them on this special evening,” says Chancellor Leech.