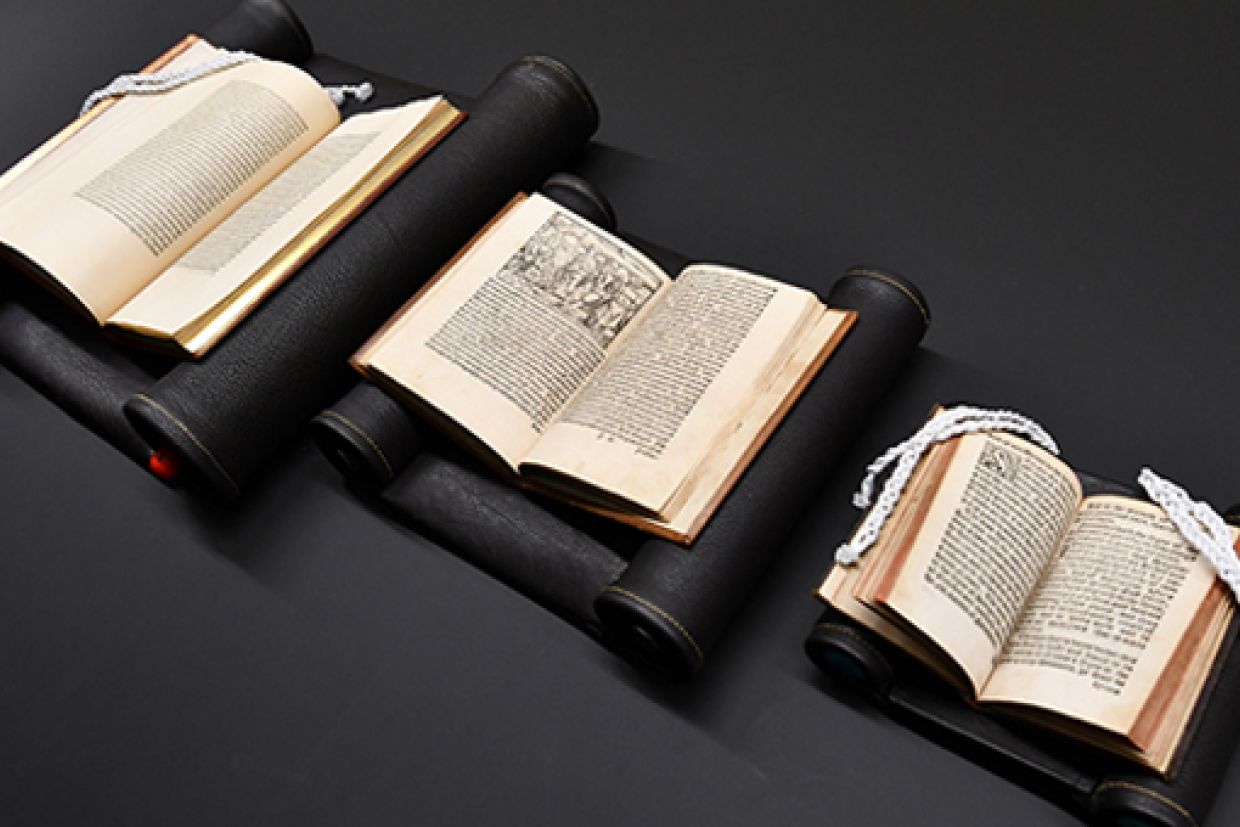 Founded in 2016, the Queen’s University Library’s Schulich-Woolf Rare Book Collection is quickly gaining a reputation as one of Canada’s best collections of early modern print.

Co-founder, philanthropist and entrepreneur Seymour Schulich, recently added to that reputation through a gift of three books, including one printed in 1477 that is now the second-oldest in the collection.

That book, Historia Rerum Ubique Gestarum by Pope Pius II, is believed to be the only specimen of that edition in Canada. Also gifted are Ludovico di Varthema’s Die Ritterliche Unnd Lobwirdige Reiss (1556), and Thomas Moulton’s The Myrrour or Glasse of Helth (1561).

“Through these gifts, Mr. Schulich strengthens the library’s goals to promote and preserve distinct collections of information resources that enable high impact research and scholarship,” says Michael Vandenburg, Interim Vice-Provost and University Librarian. “The three new texts will be displayed prominently in the library where they will enhance the student learning experience and stimulate faculty teaching and research. Scholars from around the world will be drawn to Queen’s by the excellence of its research collections.”

Fellow collection co-founder, Principal Emeritus Daniel Woolf, explains that the new arrivals are good examples of Renaissance-era printing, covering different genres: history, medicine, and travel. Die Ritterliche Unnd Lobwirdige Reiss and The Myrrour or Glasse of Helth illustrate small and medium format printing in ‘black letter’ text, often referred to as Gothic, he says. Historia Rerum Ubique Gestarum is of particular interest as it was printed during the first 50 years of moveable type and is an ‘incunabulum,’ the term for the very, very rare books published between 1450 and 1500.

“The book exemplifies the superior letter casting and printing of Italian printing houses of the day,” Dr. Woolf says of Historia. “The book is important for its content, too, as one of the earliest specimens of Italian humanist historical writing which differed considerably from the late medieval chronicles it supplanted.”

Mr. Schulich and Dr. Woolf partnered to donate their personal collections of rare books to Queen’s. In recognition of their generosity and vision, the university established the Schulich-Woolf Rare Book Collection, which residesat the W. D. Jordan Rare Books and Special Collections in Douglas Library, and combines more than 400 volumes. Mr. Schulich also made an additional gift of approximately $2 million to help build and preserve the collection and make it accessible to students and researchers, both at Queen’s and beyond.

“Mr. Schulich has been a very generous benefactor of the library, the Schulich Foundation having either purchased books such as this directly or provided the funds to acquire them, as for instance with last year’s purchase of the Nuremberg Chronicle and the earlier acquisition of a Caxton publication, both also incunabula,” Dr. Woolf says. “With the addition of Mr. Schulich’s own personal collection of books, plus many of my own, the library is building up one of the best collections of early modern print, especially printed editions of Renaissance-era history and travel literature, in the country. I’m personally thrilled that with his and the foundation’s help, the collection continues to grow.”

An industry leader whose career has spanned the financial services and mining sectors, Mr. Schulich has distinguished himself as a philanthropist over the last two decades, donating more than $350 million to universities and hospitals throughout Canada, the U.S., and Israel.

In 2011, he launched the Schulich Leader Scholarships, now a $200-million program that provides full scholarships to promising high school graduates with a passion for science, technology, engineering, and mathematics. Since the program’s inception, Queen’s has been a top-five destination for Schulich Leaders.

To take a virtual tour and learn more about the Schulich-Woolf Rare Book Collection.