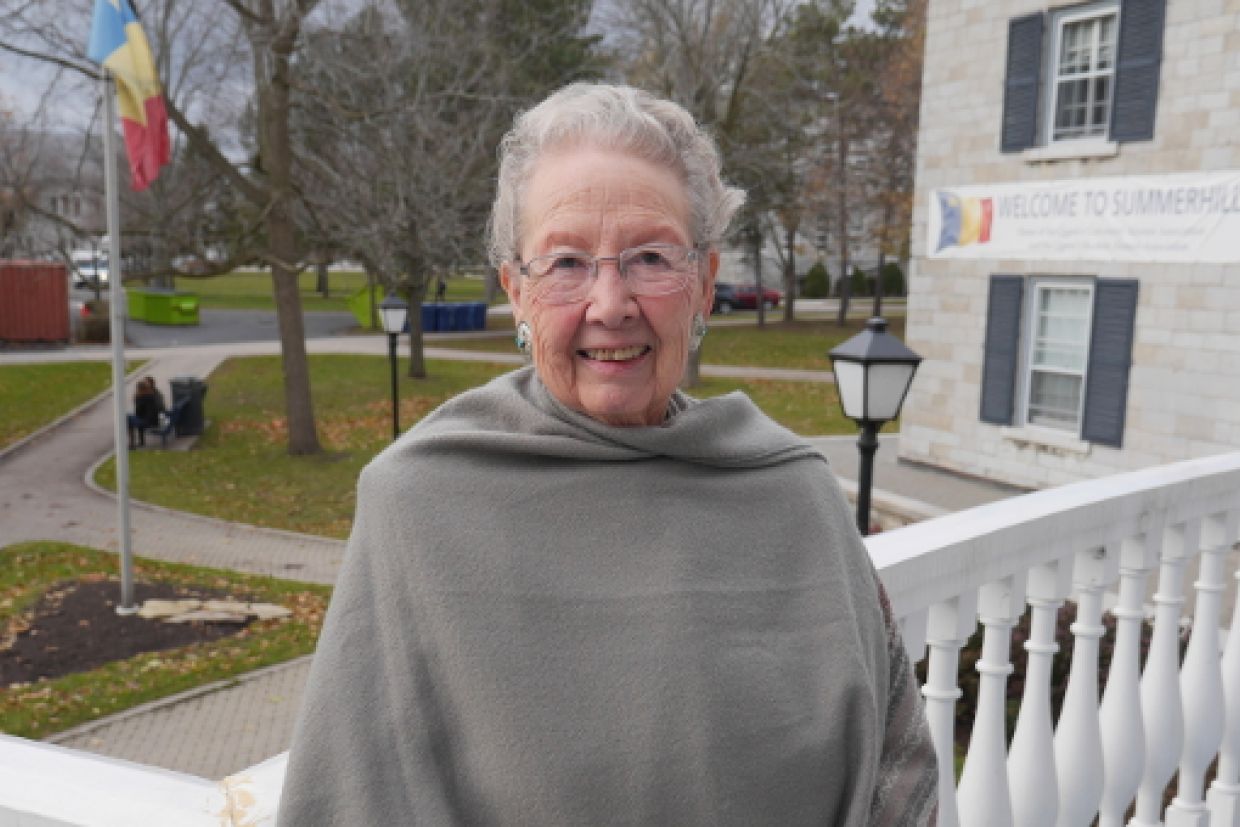 Indigenous Studies Pioneer to be Honoured by Alumni Association

In the late 1960s, there were no native studies programs at any post-secondary institution in Canada. When Marlene Brant Castellano, Arts’55, LLD’91, was hired in the early 1970s to start teaching at Trent University’s new Indigenous Studies program, it meant there were no curriculum or models to follow.

“We were finding our way. We weren’t bound by any rules because nobody had ever done it before. It was like Star Trek – we were boldly going where no one had gone before,” says Dr. Brant Castellano, a member of the Mohawks of the Bay of Quinte.

Over the four decades that followed, Dr. Brant Castellano was a trailblazer in her role at Trent and with the federal government’s Royal Commission on Aboriginal Peoples. The approaches she championed in education and research, recognizing the place of Indigenous knowledge, helped to develop more inclusive curricula and increase the number of Indigenous students on post-secondary campuses across Canada.

Her tireless work to improve the well-being of Indigenous people is the reason she is receiving the Alumni Achievement Award, the highest honour bestowed by the Queen’s University Alumni Association.

She is thrilled to receive the award because she says “it signals to the alumni network, to current students and future alumni that Indigenous identity and achievement have a visible and valued place in the Queen’s community.”

The award is special for Dr. Brant Castellano because she feels Queen’s administration has worked hard to make the campus more welcoming to Indigenous people. She is proud to be a part of that process by serving as the Elder and Co-Chair of the Aboriginal Council of Queen’s and being involved in the university’s Truth and Reconciliation Commission Task Force.

“The really gratifying thing is the changes that have taken place at Queen’s within the last decade, under (Principal) Daniel Woolf’s leadership, have made inclusion not just a rhetorical priority but actually moved the community to get behind the transition,” says Dr. Brant Castellano, who was named an Officer of the Order of Canada in 2005.

Looking back on her career, she feels her role as Co-Director of Research with the Royal Commission on Aboriginal Peoples (RCAP) produced some of her most important work. The commission explored the origins of a flawed relationship between Aboriginal peoples and Canadian society and created a foundation for the work of the Truth and Reconciliation Commission.

She was disappointed the government dismissed the five-volume RCAP report, but her work had impact. She subsequently served on the Panel on Research Ethics developing ethical guidelines to promote community-engaged research that respects First Nation, Inuit and Metis traditions. Making it essential for Aboriginal Peoples to be an integral part of the research process has challenged the ethics of “helicopter research” – scholars flying in and out and never reporting back to the community.

“You can’t do good research about Indigenous people if you don’t know how they see the world. You have to stop relying on the priests, teachers, and pilots from outside the community and you have to talk to the people. People will not cooperate with you unless they have a say in what is being produced. Collaboration enables researchers to synthesize Indigenous knowledge with scientific knowledge,” says Dr. Brant Castellano, who has honorary degrees from Queen’s, St. Thomas, and Carleton Universities.

“Her public and community work is unparalleled, especially as it relates to influencing and raising the standards of the work of reconciliation between Aboriginal Peoples and all Canadians,” says Kanonhsyonne.

Dr. Brant Castellano will receive the Alumni Achievement Award at the QUAA Awards Gala on April 7. Visit the Queen’s Alumni website to see a full list of award recipients.