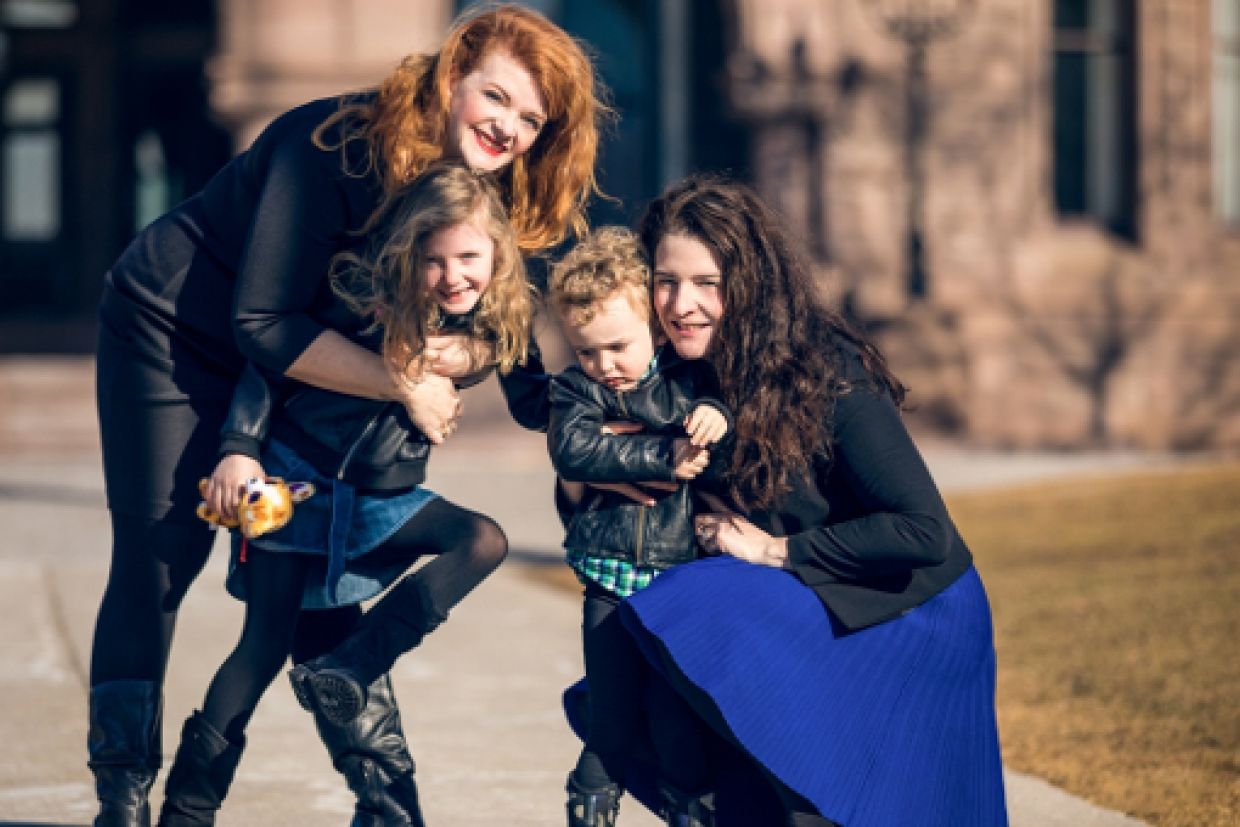 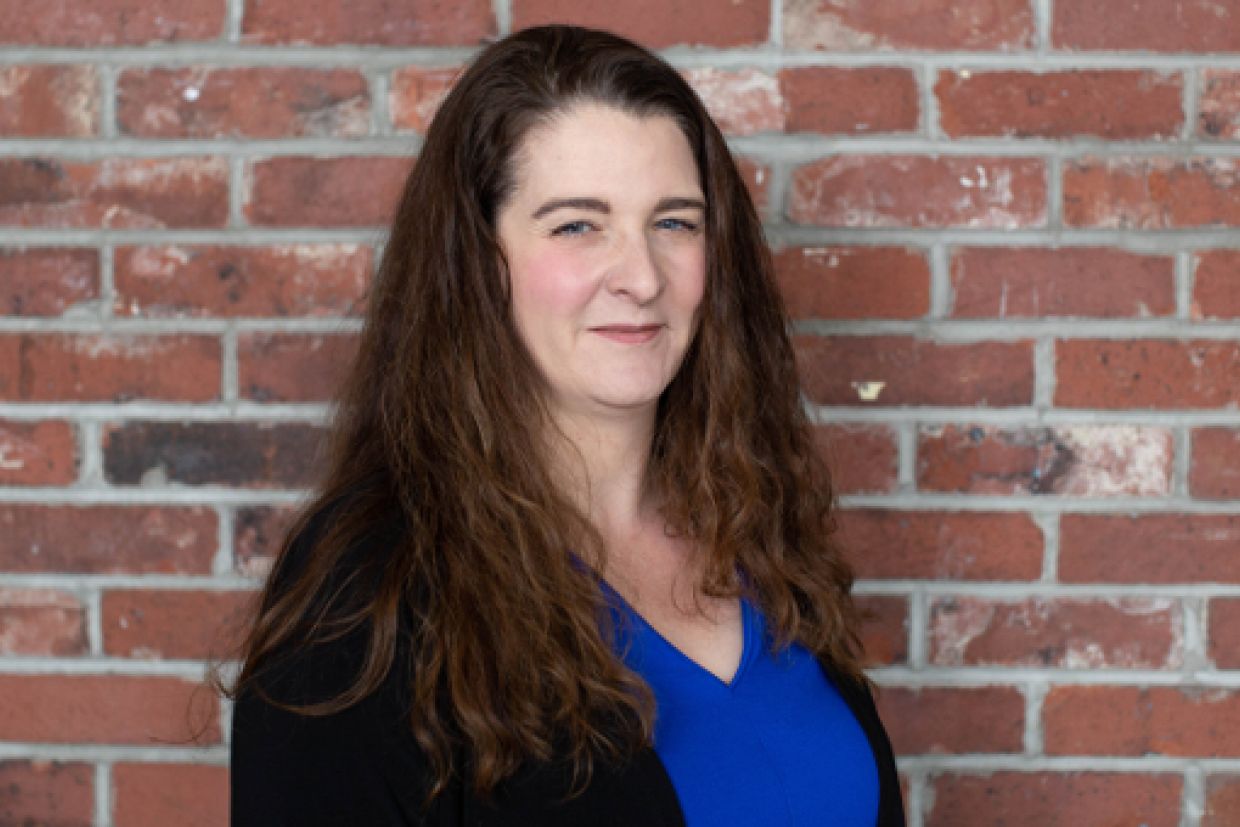 “Two years is fast for legal reform. It’s a sign that people were really ready for it,” says Kirsti Mathers McHenry, Law’03, a driving force behind Ontario’s new Bill 28, named the All Families Are Equal Act. “Clearly, the law had not caught up to same-sex marriage and modern families.”

Now, many more parents are recognized equally in Ontario, whether they are gay or straight, and whether their children are conceived with or without reproductive assistance, says Ms. Mathers McHenry. Bill 28 was passed unanimously in December 2016.

“The reform means more security for children, and it gives parents like me the recognition required to care for and protect our children,” says Ms. Mathers McHenry.

Her advocacy work for same-sex couples is one of the reasons she is receiving the Alumni Humanitarian Award from the alumni association. It is given annually to an alumnus/alumna to recognize distinguished work or volunteer service which has made a difference to the well-being of others. She will receive the honour at the Awards Gala on April 6.

This quest for legal reform was sparked by a harrowing personal experience, when her wife, Jennifer Mathers McHenry, also a lawyer, had a medical emergency while giving birth to the couple’s first child.

“In those moments when Jen was struggling, it wasn’t clear whether she would live,” Ms. Mathers McHenry recalls. “I had waves of panic: I was scared for her, but also because I wasn’t considered a legal parent. I knew I might not be able to take the baby home from hospital if need be, or make medical decisions for our daughter, which put her in possible jeopardy.” Despite a complicated labour, Ruby was born in good health and Jennifer recovered. Ms. Mathers McHenry pursued and won a legal declaration of parentage from the courts, which established that she was – and had been – Ruby’s parent since birth.

Her extra burdens as a same-sex parent weren’t over, however. In 2014, she was ready to take leave after Jennifer gave birth to the couple’s second baby, Cy, but her parental declaration didn’t come through in time, and she was denied benefits. “We were able to weather that financially, but for many parents, that leave income is essential to enable them to stay home to care for their child. It just isn’t fair. I knew I had to stand up and do something so that other LGBTQ families did not have to face this discrimination.”

Galvanized, she reached out to the office of then-Premier Kathleen Wynne, Artsci’77, and her MPP, Peter Taubuns, and initiated a law reform process. She and Jennifer worked closely with family lawyer Joanna Radbord and New Democrat MPP and LGBT Critic Cheri DiNovo, who introduced a private member’s bill in fall 2015. Cy and Ruby’s Law  was modeled on British Columbia’s legislation.

“Cy and Ruby’s Law made it to second reading, but not beyond, so our next hurdle was to develop something that would actually be passed,” Ms. Mathers McHenry says. “In 2016 we worked with the provincial Liberals to introduce the All Families Are Equal Act, which had a lot of the same elements but was better in the end, as it was more inclusive.”

Ms. Mathers McHenry, who previously worked to affect change as a staff lawyer at Legal Aid Ontario (LAO) by addressing issues such as the development of family law services, is a former member of the Law Society of Upper Canada’s Equity Advisory Group. She also testified before the Standing Committee on Social Policy that considered Bill 28.

Asked about the rewards of tackling legal reform, she says one was working with an amazing team of people. “We worked with incredible people – lawyers, community activists and other parents who wanted to help change this law. We had lots of late nights at the kitchen table and in government offices talking about strategy and different ways to improve the law.”

Working with the government, she adds, resulted in a better process, which included consultations in summer 2016 to ensure that many different voices were heard and varied perspectives brought forward.

“In the end, we got recognition for multi-parent families. There’s a lot in this law that’s great for transgender parents and genderqueer parents, and we made progress on surrogacy issues,” Ms. Mathers McHenry says. “I’m most proud that we got to work on a bill that is so inclusive and helps so many people. It really feels like a leap forward, as opposed to a little step forward.”

It was at Queen’s Law that she learned about the substance of the law, and also its impacts. “When I think about the classes I took with Bill Flanagan and others,” she reflects, “there wasn’t any question that the law was a tool that could be used to promote equality and fairness and help people with their lives. That training helped me to think critically about the law and its role in society and to develop the skills I needed to become an effective advocate – and in this case, to get the law changed.”

Fortunately for many other Ontario parents, Queen’s Law inspired an advocate ready to fight for recognition and their rights.