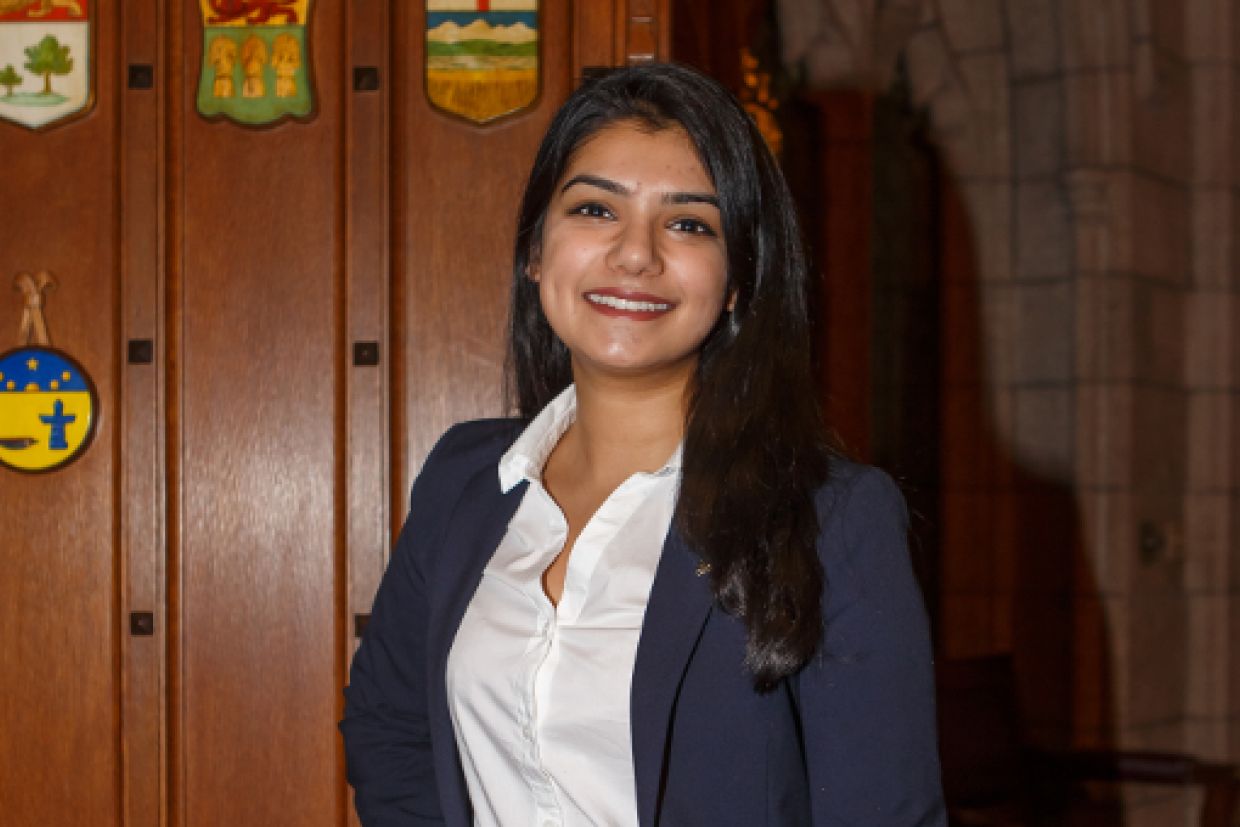 She was surprised to learn that this year, it is her turn.

Ms. De Saffel is receiving the Outstanding Student Award for her dedication to Queen’s, which includes serving as president of both the Queen’s Student Alumni Association (QSAA) and the Queen’s Indian Student Association (QISA), and serving on the Queen’s Senate as the Educational Equity Committee Undergraduate Representative.

“I am immensely honoured because I have seen past award recipients and heard their speeches. They were absolutely incredible students, and it is a privilege to be in that company,” she says.

Ms. De Saffel, who is currently working as a parliamentary assistant in the Senate of Canada in Ottawa, is one of 10 people receiving awards at the Gala Dinner on April 7.

“It’s been a joy to witness Jasmit create a lasting legacy at Queen’s and see the impact of her contributions across campus,” says Ben Seewald, an Alumni Officer at Queen’s who worked closely with Ms. De Saffel when she was with the QSAA.

During her four years with the QSAA, she helped connect hundreds of alumni with thousands of students through programs such as alumni speaker events and the creation of the Tricolour Giving Initiative Campaign.

She received several academic honours including making the Dean’s List with Distinction and the Dean’s Special Award. Ms. De Saffel also contributed through various  roles with the Alma Mater Society, Residence Society, and The Queen’s Journal.

Today, Ms. De Saffel has made the big leap from the Queen’s Senate to the Senate in Ottawa, working as a parliamentary assistant to Senator Grant Mitchell.

The Political Studies graduate was accepted to law school at the University of Toronto but decided to defer and take a break after graduating from Queen’s. She was enjoying some much-needed downtime when she learned about the Senate job through a QSAA connection.

“The Senate job came out of nowhere, but it has been the most amazing thing. I just graduated (in April 2017), so it’s been mind-blowing to be working on things I was just reading about in textbooks,” says Ms. De Saffel, who hasn’t decided if she will keep working at the Senate or go to law school in the fall.

Tickets are now available online for the QUAA Gala Dinner in Ban Righ Hall on April 7.