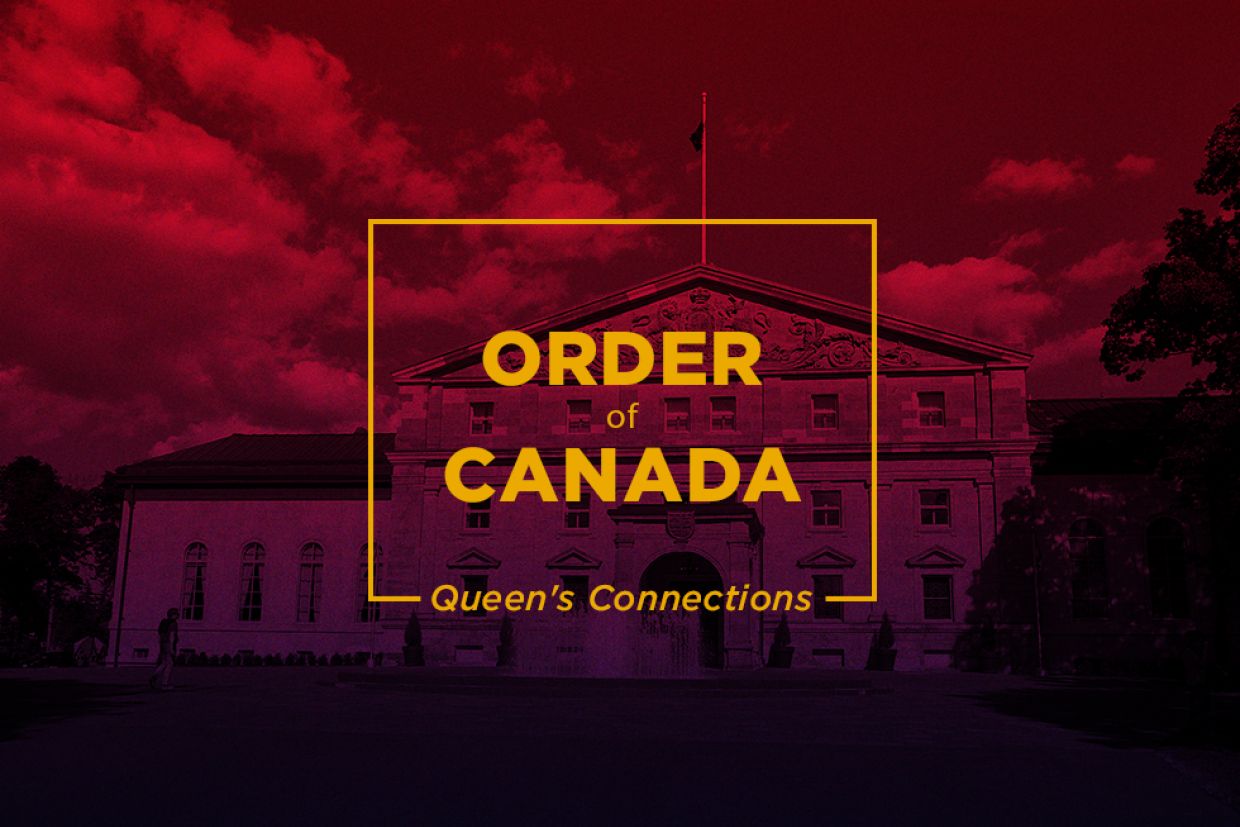 Three members of the Queen’s community — the founder of the Queen’s Art Conservation program, an advocate who promoted change through socially responsible investing, and an investment banking leader — have been appointed to the Order of Canada, one of the country’s highest honours.

Hutchinson was praised for her work on socially responsible investing, notably through the Taskforce on the Churches and Corporate Responsibility. The coalition of religious communities, founded in 1975, was one of Canada’s leading anti-apartheid advocates. Hutchinson lobbied treasury and pension funds to take responsibility for the social impact of the companies in which they invested, which included encouraging corporations to withdraw investments from South Africa.

“I’m still in a state of disbelief,” says Hutchinson. “I was involved in (socially responsible investing) very early and was very fortunate to work with small but mighty organizations that have made a difference.”

Hodkinson is the founder of the Art Conservation program at Queen’s, which started in 1974, and is responsible for training hundreds of conservationists who preserve Canada’s cultural heritage. Hodkinson was also the head of the restoration and conservation laboratory at the National Gallery of Canada. He officially retired in 1995 but remained active in conservation projects across Canada and internationally.

Hodkinson’s work helped Queen’s become a global leader in art conservation. Queen's offers the only Master of Art Conservation program in Canada. Isabel Bader, LLD’07, wife of late Dr. Alfred Bader, BSc’45, BA’46, MSc’47, LLD’86, recently funded the creation of a new Bader Chair in Art Conservation that will help the Department of Art History and Art Conservation become one of the world’s top programs in the field of imaging science.

Anderson, a senior adviser with RBC Capital Markets, was honoured for his leadership in Canada’s investment banking sector, as well as his volunteer service. He has served as chair for both the Centre for Addiction and Mental Health (CAMH) Foundation and the Loran Scholars Foundation. Anderson, along with his wife Patsy, Artsci’75, have positively impacted their community and Queen’s through volunteerism, leadership, and philanthropy. They continue to enrich the lives of many through mentorship, guidance, and governance.

Past recipients of this prestigious honour include: current Queen’s Chancellor Murray Sinclair, LLD’19, for his work on behalf of Indigenous communities; former dean of the Queen’s School of Medicine Duncan Sinclair, PhD’63, LLD’00, for contributions to Canadian health care as a teacher and university administrator; and former Supreme Court of Canada Justice Thomas Cromwell, Artsci’73, LLB’76, for improving access to justice for all Canadians.

The Order of Canada was established in 1967. John Matheson, Arts’40, LLD’80, Queen’s alumnus and Member of Parliament, was a driving force in its development. He said the Tricolour Society at Queen’s served as a model for the Order of Canada.