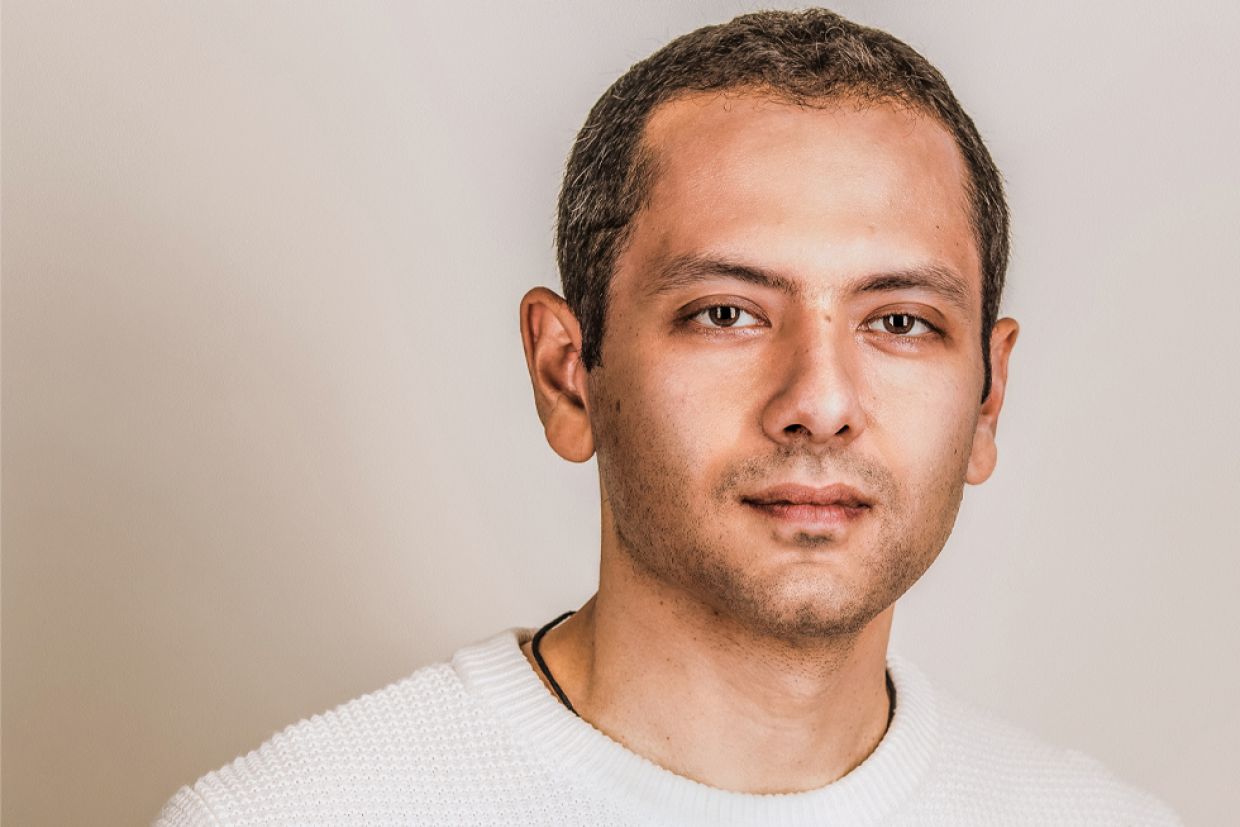 Growing up, Omar El Akkad, Comp’04, loved writing and had a passion for storytelling, ever since his first story in third grade discussing littering, Dirty Harry and the Tin Can Trashcan, was published in his school’s newspaper. Storytelling was the first time he felt comfortable in his skin. Since then, Akkad’s writing career has only grown.

Akkad was born in Egypt and moved to Canada with his family in 1998 when he was 16 years old. He was expected to pursue a traditional academic program like computer science, as the arts were not seen as a respectable or profitable field in his community or culture growing up.

In Akkad’s first computing class he was tasked with creating code that would guide a virtual robot through a maze on his computer. He wrote his code and pressed enter only for his robot to spin in circles before the program crashed. Akkad quickly knew that computer science was not the right path for him but was unsure what to do.

It was when Akkad saw an ad in the Queen’s Journal for an Assistant News Editor position that his spirits grew. He knew his passion was to write and this was the stepping stone into that world. He would work at the student-run newspaper until graduation.

On a whim, Akkad applied to the Advanced Creative Writing course, ran by Professor Carolyn Smart. When Akkad logged into his student portal and discovered he had been admitted it was “the happiest day of my life.” The first day of class however did not go according to plan. “Our first class was Tuesday, Sept. 11, 2001,” said Akkad. “It was a few hours after the planes crashed into the towers, and I had received a mass email from a friend in New York notifying everyone that she was okay.” He notes that Carolyn Smart, for being a calming and guiding force for the entire class that day, semester, and educations. Akkad credits his writing career to Smart and still looks to her as his biggest mentor.

Throughout his academic career at Queen’s, Akkad also interned with the Queen’s Alumni Review, Edmonton Journal, The Globe and Mail, and created a short-lived literacy magazine. After graduation, Akkad stayed with The Globe and Mail for 10 years as a journalist covering a variety of geopolitical news.

These stories heavily influenced his first novel, American War, which was set in the near-future United States which has been ravaged by climate change and disease.

Akkad’s second novel, What Strange Paradise, debuted in July. “What Strange Paradise is a repurposed fable,” said Akkad, “based on the fable of Peter Pan and a child that never gets the opportunity to grow up.” Akkad uses repurposes the fable as the story of a contemporary child refugee, to place readers within a story they thought they knew while flipping them on their heads to see the refugee crisis through new eyes.

The novel is beginning to receive positive reviews, including Akkad’s favourite review to date from Wendell Steavenson at The New York Times who sneakily discusses Akkad’s favourite paragraph in the novel. “I would cite it here in its entirety if I didn’t want people to have the joy of reading it fresh on the page,” wrote Steavenson. “This extraordinary book carries a message, not of a trite and clichéd hope, but of a greater universal humanism, the terrifying idea that, ultimately, there are no special distinctions among us, that in fact, we are all very much in the same boat.”

Akkad encourages readers interested in What Strange Paradise to buy it from their local mom-and-pop bookstores. “Locally owned bookstores are one of few businesses that truly make neighbourhoods better and enrich their communities.”