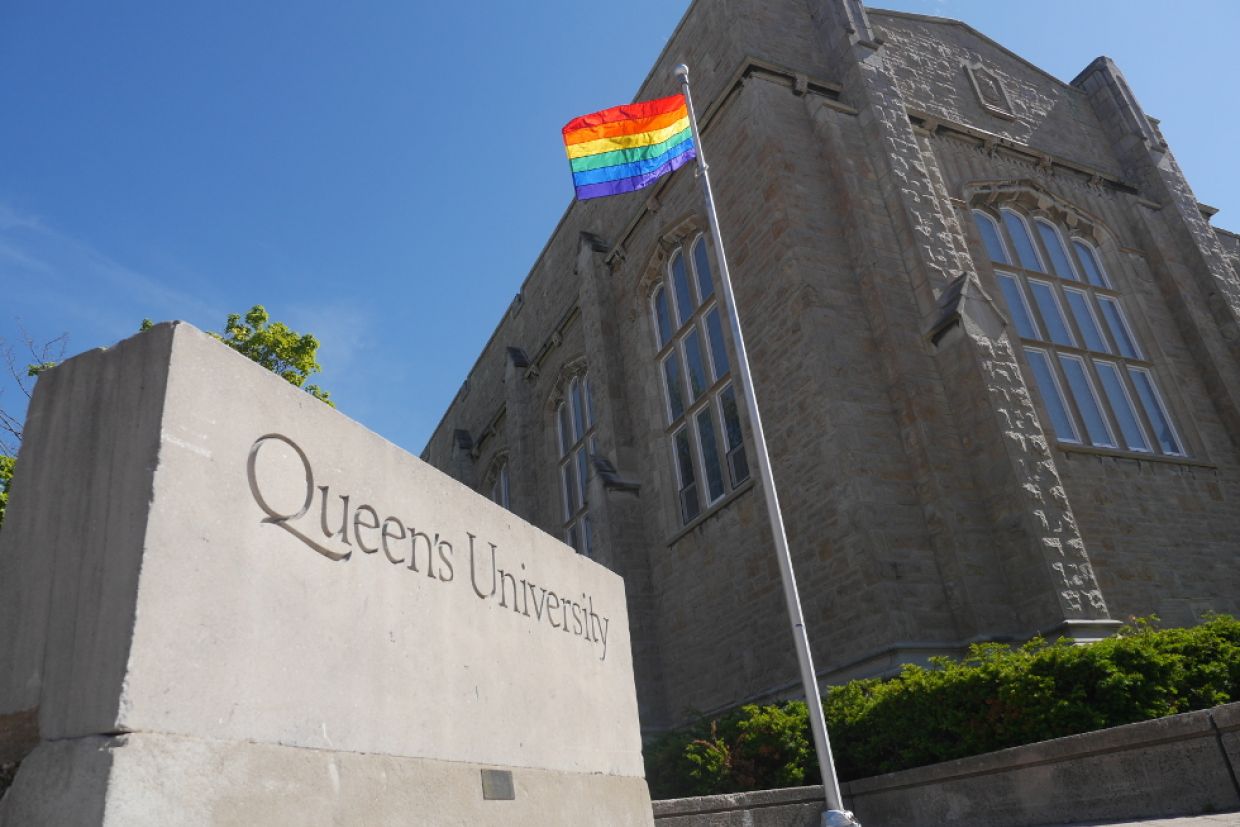 Many major U.S. universities have LGBTQ alumni groups. Kelly, a former staffer who helped launch the Queen’s University Association for Queer Employees (QUAQE) in 2005, thought it was time for Queen’s to have one, too.

It turns out several other alumni – Gage Benyon, Artsci’19, Jennifer Reynolds, Com'13, and Nichola Burnside-Marshall, Artsci’19, MPA’20 – were separately asking the same question. So, they joined forces and worked with the Alumni Relations department to start the Queen’s Queer Alumni Chapter (QQAC).

They will celebrate with a virtual launch event on Dec. 1, which will focus on the journeys of LGBTQ alumni and students over the past 30 years, and reflect on the importance of resiliency and the power of coming out and working out.

Some of the sparks that helped get QQAC started were the calls for more equity and diversity prompted by the Black Lives Matter movement and Canadian residential schools headlines. The social awakening for some QQAC organizers motivated them to help the LGBTQ community.

“I wanted to be proactive and be of service to Queen’s. How do I help be part of the solution?” says Kelly, who is serving as the chapter’s president. “We care about our school, so we want to help create an affirming environment for current and future Queen’s students and alumni.”

Benyon had a generally positive experience at Queen’s. He met his now-husband, Callum Cobb, while they were both students in 2016. They were married earlier this year.

But Benyon also remembers when he and Cobb were shopping in a Kingston grocery store and a student directed a homophobic slur at them. Benyon wants QQAC to play a role in fostering a supportive community because homophobia and transphobia are still a problem.

“I believe in Queen’s,” says Benyon, who now works as an Annual Giving officer in the Faculty of Engineering and Applied Science. “Building a more welcoming environment is one of the reasons I helped launch the chapter.”

The chapter wants to focus on socializing and networking, as well as advocacy work to help LGBTQ members of the Queen’s community feel welcome and safe. They also want to take an active role in fundraising and establish a bursary for LGBTQ students.

“We want to step up,” says Kelly. “There is a lot of work to be done creating affirming schools and workplaces for queer, trans, and non-binary people. Working with QUAQE and the many LGBTQ student groups on campus, QQAC wants Queen’s to be an inclusive and affirming community.