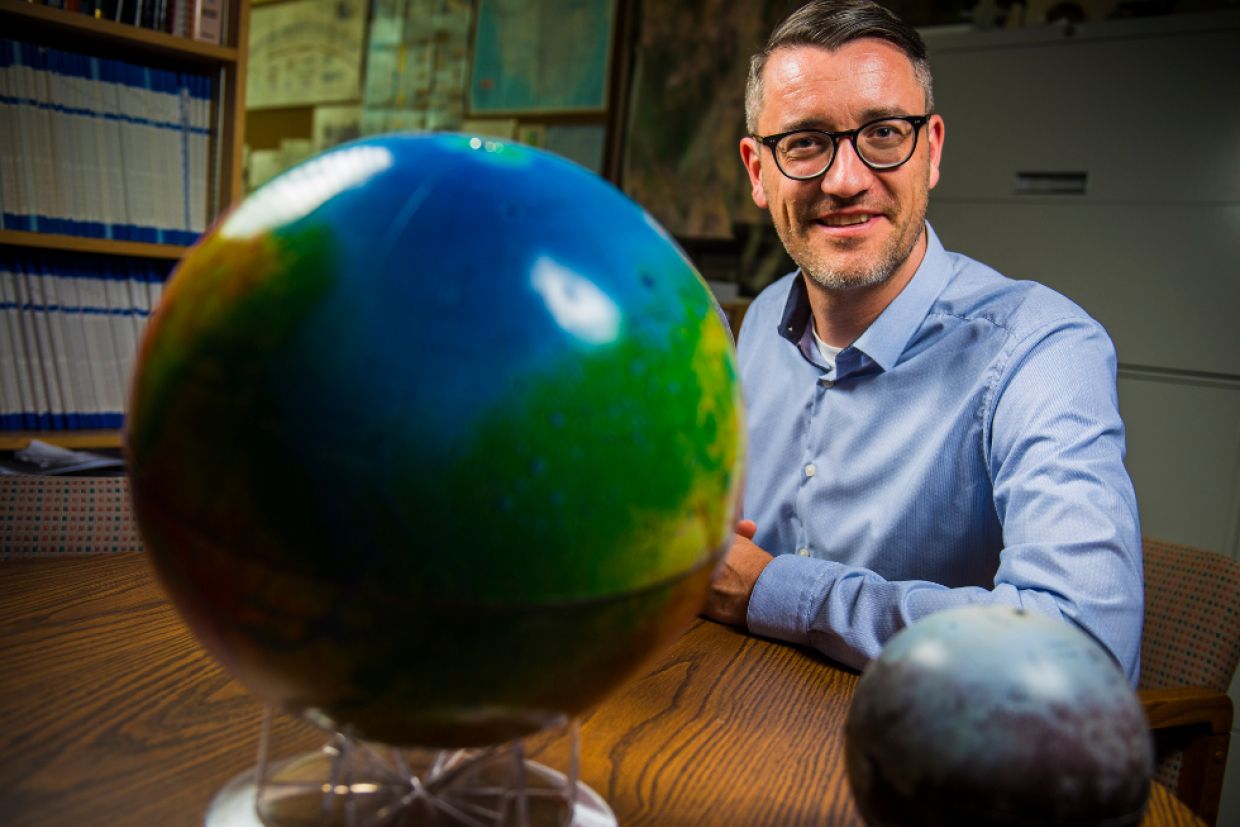 Chris Herd, Artsci’97, is hoping to answer a fundamental question humanity has wondered for centuries: Is there life on other planets?

Herd, a planetary geologist and one of the world’s top experts on meteorites from Mars, is working with NASA on the Mars Perseverance rover, which landed on the red planet on Feb. 18 after a 470-million-kilometre journey. He is involved in collecting rock samples that will advance the project’s primary mission: to search for signs of microbial life.

“Whatever we find is going to have important implications,” Herd says. “If we find evidence of ancient microbial life, it raises the possibility that life has risen on any number of those thousands of other planets around other stars that astronomers are finding all the time. If we don’t find life, it tells us that conditions had to be perfect and unique on Earth because life arose here and it’s rare anywhere else.”

While scientists lack evidence of life on Mars, they do know there was water on Mars several billion years ago, which is key to supporting life. Jezero Crater, where Perseverance landed, is an ancient lake that contains a river delta. On Earth, rivers dump a lot of organic matter into deltas, making Jezero an ideal location for the rover to search for life.

“We know Mars was habitable, but whether it was inhabited is the big question,” he says.

Perseverance has many instruments to explore the planet and has already sent the first-ever audio recording from Mars. But definitive proof about life on Mars is going to take a while. The rock samples collected by the rover won’t be back on Earth until 2031 at the earliest.

“The conclusive evidence for life detection on Mars has to come from samples,” says Herd, who studied geology at Queen’s. “We might get tantalizing hints from the rover, but we will have to take samples, seal them up, and make sure they come back to Earth.”

Life on Mars isn’t the only mystery Herd is hoping will be solved. The project has the potential to give insight into how the planet was formed. Taking samples of a variety of rock types – igneous (formed from lava cooling) or sedimentary (formed by the deposition of minerals by wind or water) will reveal key details about how Mars’ geologic history, and how it went from a warmer, wetter planet to the dry, rusty desert today.

“If we do a good job, the samples we get from this mission will revolutionize our understanding of Mars’ history,” Herd says.