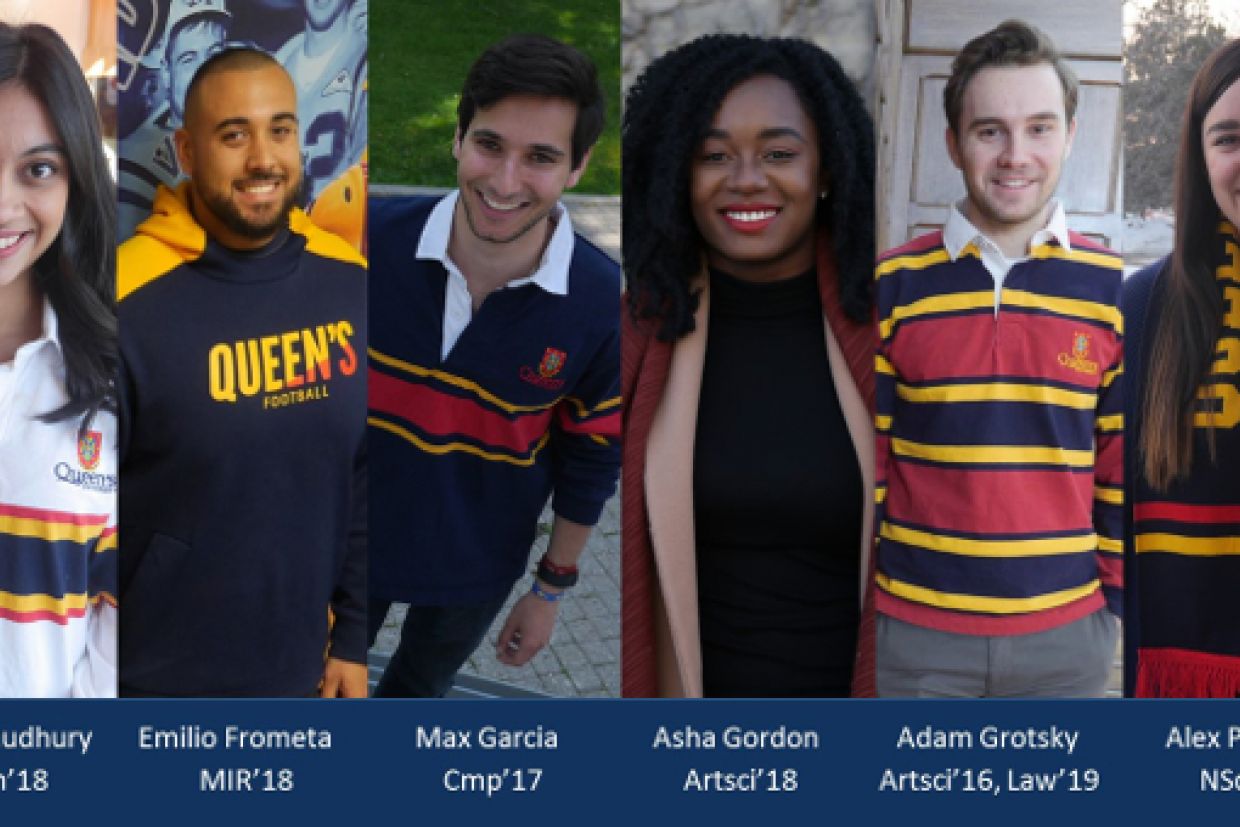 “These are the best of the best that we have at Queen’s,” says Rector Cam Yung, Artsci’17, whose office is in charge of selecting which students are inducted into the Tricolour Society. “These are people who help others in need of support and have recognized gaps that have impacted students and the Kingston community. They have stepped up when others were at low points and worked their butts off to support and advocate for others.”

Here is a short bio on each recipient:

“I want to thank all the recipients for their service. That is the purpose of the Tricolour Society – to say thank you,” says Mr. Yung.

The Tricolour Award has a long history at Queen’s. It was first handed out in 1940, and one of those original recipients was John Matheson, BA’40, DSA’77, LLD’84, who went on to serve in Ottawa as a Member of Parliament. In 1967, he helped create Canada's highest civilian honour, the Order of Canada, which he said he based on the Tricolour Society. He is also considered the father of the Canadian flag for leading the committee that helped select the red maple leaf as our new flag in the 1960s.

Students are selected for their distinguished service to the university in non-athletic, extra-curricular activities, with the three tenets being service, leadership, character.

This year’s recipients will be honoured at a ceremony on April 7 at Grant Hall.

I want to thank all the recipients for their service. That is the purpose of the Tricolour Society – to say thank you.