The Installation Of Queen’s 14th Chancellor

A gruelling 125-km ski trek to the magnetic North Pole last spring might have been tailor-made for Queen’s new Chancellor, Jim Leech, MBA’73. The polar expedition – bringing together Canadian business leaders and athletes with soldiers and veterans who had been injured during service – combined a tough physical challenge with support for a cause close to Jim’s heart: raising money for mental health programs for military vets who suffer from post-traumatic stress disorder. 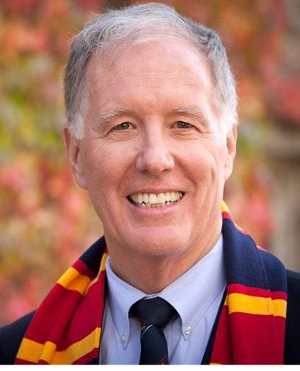 Educated at the Royal Military College of Canada and Queen’s, Jim currently serves as chair of the Queen’s School of business advisory board and as a member of its global council. He is also a member of the Initiative Campaign cabinet. From 1984 to 1996 he served as a member of Queen’s Board of Trustees and was a member of University Council from 1980 to 1884.

In January 2014, Jim retired from his position as president and CEO of the Ontario Teachers’ Pension Plan, where since 2007 he oversaw the management of $130 billion in assets, representing the pensions of 303,000 working and retired teachers. During each of the past three years of his leadership the organization’s 10-year total returns have been ranked No. 1 in the world among its peers.

Installed as Queen’s 14th chancellor during the fall convocation, Jim succeeds David Dodge in this position.

“Jim Leech is a highly accomplished business leader and an alumnus with a long history of service to the university,” said Principal Daniel Woolf. “Queen’s will benefit immensely from his extensive experience and I personally look forward to working with him over the coming years.”