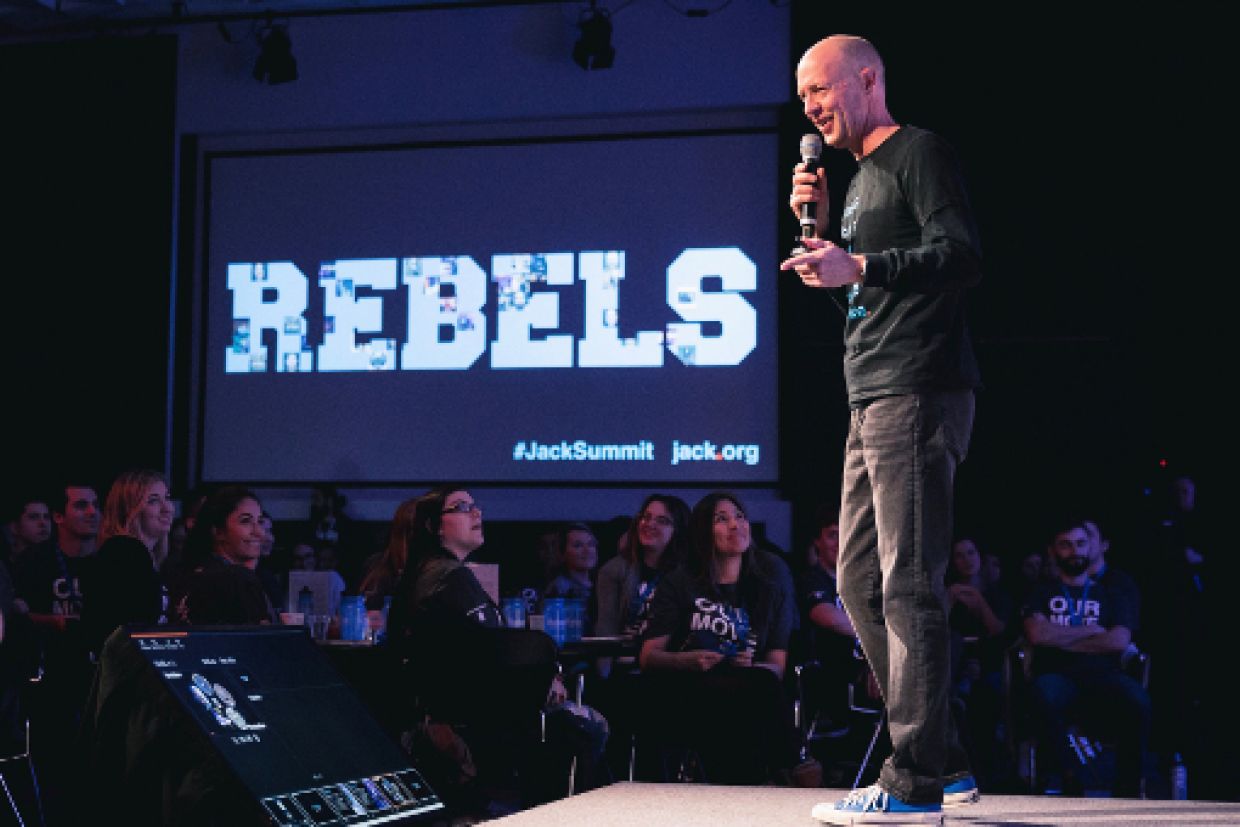 Tragedy Leads to a National Movement

Eric Windeler, Com'82, LLD'15, dealt with the loss of his son Jack – a first-year Queen’s student who died by suicide in his dorm room in March 2010 – in a unique way.

Compelled to prevent the same thing from happening to other families, Mr. Windeler left his job as a partner of a software startup company and immediately started working to improve the mental health of young people. With his wife Sandra Hanington and family at his side, he eventually founded Jack.org.

Eight years later, Jack.org has grown into a national organization with 152 high school/college/university chapters and 2,500 trained young leaders in every province and territory across Canada.

“I’ve come to understand that it is fairly unique to get involved so deeply and that quickly after a tragic loss. I can’t tell you exactly why it hit me that way, but I immediately saw there was a real opportunity to help and I felt like we were making a difference right from the start,” says Mr. Windeler.

His dedication to empowering young leaders across Canada to take care of their own mental health and look out for their peers, as well as his mission to forever alter the culture around mental health, is the reason he was named the recipient of the Alumni Humanitarian Award. The Queen’s University Alumni Association (QUAA) honour is given to an alumnus/ alumna in recognition of their distinguished work or volunteer service that has made a difference to the well-being of others.

Jack’s passing came out of the blue. Mr. Windeler thought he had three happy, healthy children, and the family had no idea that Jack was struggling. He soon learned that the majority of young people who are struggling with their mental health don’t reach out for help and/or don’t get identified by those around them.

“In the first few days (after Jack’s death) I couldn’t get it out of my mind that we had to do something about this. (My wife) Sandra and our closest friends were behind me in that thought and were incredibly supportive. We figured if this could happen to us, then it could happen to anybody, and that’s not okay,” said Mr. Windeler.

Before Jack.org, the bulk of his career was spent in the automotive industry. Mr. Windeler co-founded Mackie Automotive Systems, which grew to 12 factories employing 2,000 employees before the firm was sold in 2003. At the time of Jack’s death, he was a partner in a software startup. Mr. Windeler had a very supportive business partner who allowed him to step away from the company to focus on Jack.org.

Starting in 2010, Mr. Windeler aligned his mental health work with Kids Help Phone and began a pilot program in 2011-2012 with 36 schools. The main learning from the pilot was Canada’s system and adults had to stop talking “at” young people, and instead include them in the conversation. This led to a key pivot in Jack.org’s work and began a focus on empowering and developing leadership and advocacy skills in 15- to 24-year-olds enabling them to better educate their peers.

Two years into the journey, Mr. Windeler reconnected formally with Queen’s, where the initiative housed itself for the following year. With students from Queen’s, he organized the first Jack Summit, which brought student leaders together to build the skills needed for them to make an impact in their communities back home.

“Once we had that first summit, with students from every province and the far north, we understood how incredibly passionate, smart and effective they were. When we connected them together, we saw this magic happening. That’s when we knew that leadership development and youth empowerment was something we needed to focus on,” says Mr. Windeler. Armed with this learning, in July 2013, he incorporated Jack.org and received independent charitable status just 60 days later.

The organization has grown to now employ 22 full-time staff and has received national and international recognition. Mr. Windeler received an honorary degree from Queen’s in 2015. The following year, he and 20 other Jack.org volunteers met with the Duke and Duchess of Cambridge during a royal visit to Canada. Most recently, the 6th Jack Summit brought the energy and advocacy work to an even higher level.

Those accolades – including the Alumni Humanitarian Award from the QUAA – are great, but he says the journey began to simply help young people, and to have some good come from such a painful loss.

“You don’t do what I am doing to win awards, but it does make you proud and it’s very humbling. It makes me think of all the people who have helped along the way, starting with my wife Sandra, our children Ben and Julia, the Jack.org team, our Board, our volunteers and especially our amazing national network of young leaders. I get to be the one recognized but (the Alumni Humanitarian Award) is recognizing the work we are all doing, because together we are stronger,” says Mr. Windeler.

Mr. Windeler, along with ten other recipients, will be honoured at the QUAA Awards Gala Dinner on April 7 in Ban Righ Hall.