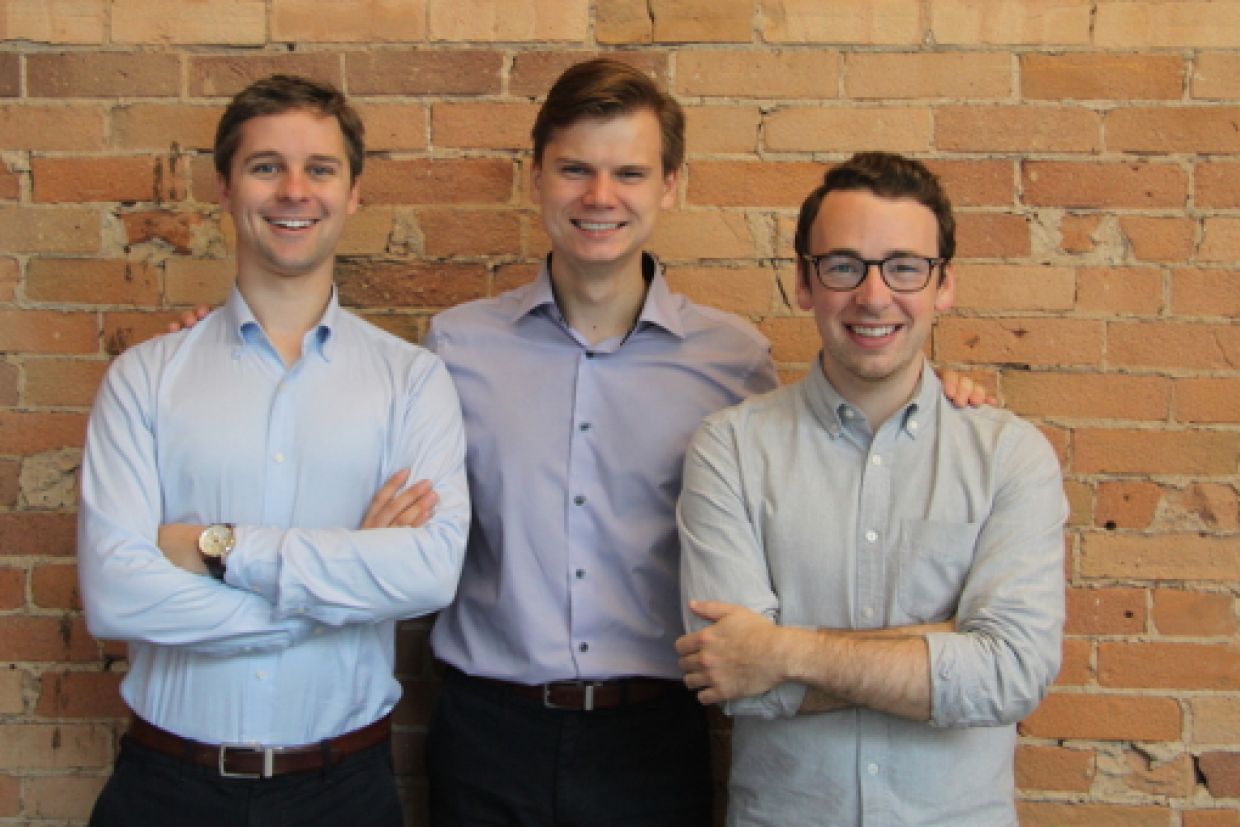 CleanSlate UV, a product of the Queen’s Dunin-Deshpande Innovation Centre, produces a device that uses ultraviolet rays to sanitize smartphones and help prevent the spread of infections in healthcare facilities. The company made headlines in 2015 when it beat out 11,000 other competitors to take second place (worth $500,000 US) at 43North, the world’s biggest pitch competition. The prize garnered some big headlines in the Financial Post, CBC, Tech Times, and several other media outlets.

The founders are happy with their latest accolade – the One To Watch Award from the Queen’s University Alumni Association, which they will receive at the QUAA Award Gala on April 8.

“It’s wonderful to receive recognition from the institution that helped us form CleanSlate. We’ve had a great deal of success since founding our start-up, yet I’ve never forgotten that it wouldn’t have been possible without Queen’s University bringing us together and giving us the means to start a company,” said Mr. Mason.

The roots of the company can be traced back to Queen’s when the company formed in 2014 at the Queen’s Summer Innovation Initiative (QSII). Their idea to create a product that easily sanitizes electronic devices earned third place at the QSII pitch competition. The founders continued to receive support through Queen’s when they moved to Innovation Park to develop a prototype.

Mr. Mason feels Queen’s helps fosters a culture of innovation and drive in its students. “Queen’s excels at bringing smart, ambitious people together and challenging them to work together to accomplish their goals,” said Mr. Mason, who is a former president of the Arts & Science Undergraduate Society.

“I am happy that the university played an important role in getting CleanSlate started. I am sure Taylor, Scott, and Oleg will continue the long tradition of incredible entrepreneurs and innovators who got their starts at Queen’s,” says Queen’s University Alumni Association president Sue Bates, Artsci’91.

If you know a successful alumnus/alumna who graduated fewer than 10 years ago, consider nominating them for the One To Watch Award. Online nominations are now open.

Join the CleanSlate UV founders and other QUAA Award recipients at this year’s gala dinner on April 8 at The Isabel Bader Centre for the Performing Arts. Online registration is now open.