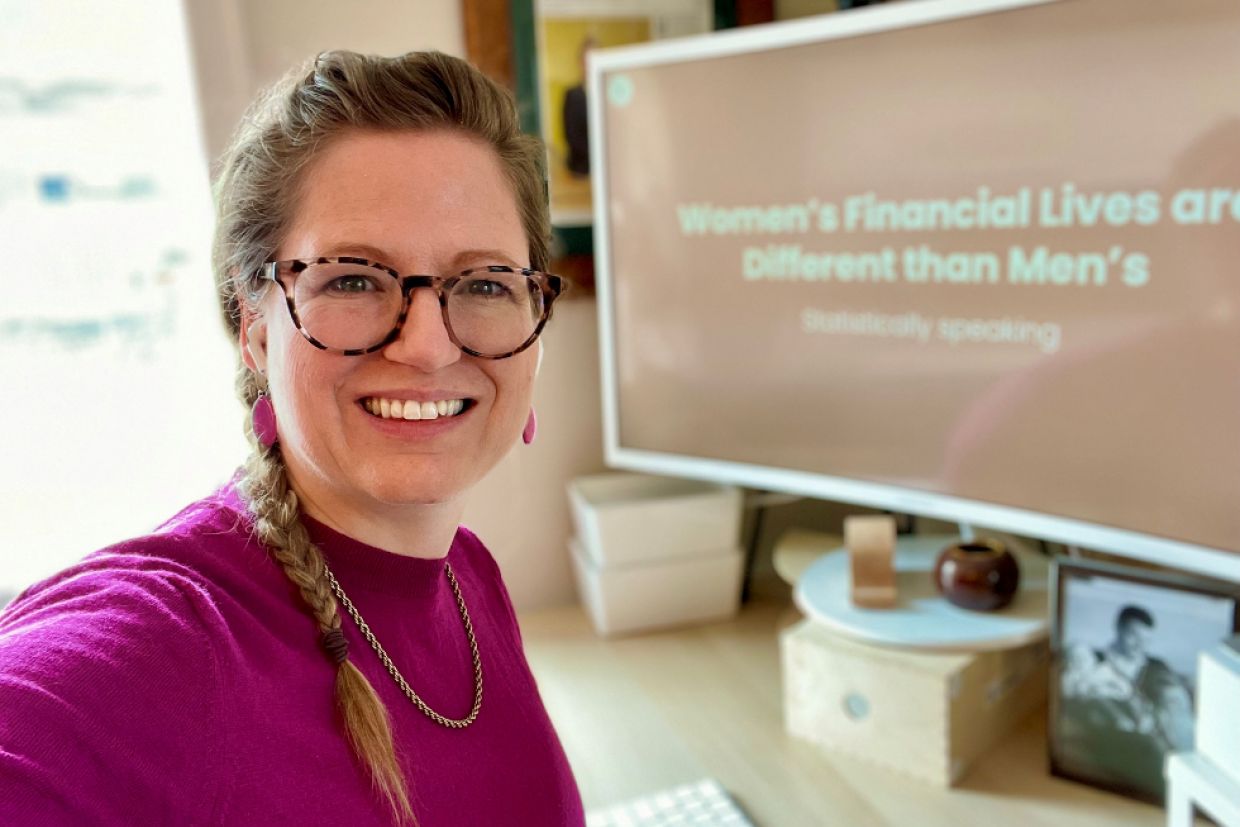 Kristine Beese, Sc’03, wants more women to have a more financially secure future. To do this, she says women need to change the way they think about their money and their investments.

“I want people to be aware that women’s financial lives are different than men’s, and I am angry the industry is not doing a better job at recognizing this,” says Beese, Founder & CEO of Untangle Money and grad of engineering physics. “No statistic better exemplifies this than the wealth gap.” The wealth gap was first highlighted by former Harvard professor Mariko Lin Chang in the book, Shortchanged. It found that for every dollar a man had in net wealth, a woman had 36 cents. In 2020, the gap grew, and women had just 32 cents.

Beese, who started her career as an engineer in the oil and gas industry, entered the financial services world after a bad experience with an adviser at a bank. She felt talked down to, an experience that was the catalyst for her wanting to learn how to invest her money. So, she went back to school to get an MBA, which opened the door to a career in finance. Once in the industry, she discovered the root of the issue that had led to her poor experience with the financial adviser; companies mistakenly treat men and women the same when planning for their financial future.

Beese points to statistical averages that show men’s income will gradually rise over their careers until they reach their peak earning potential at the age of 55. But for many women, their income has peaks and valleys. They may choose to have children and women are more likely to step away from work to take care of sick parents. Women are also less likely to progress through the management ranks, as evidenced by a lack of women in upper managerial roles. This results in women’s salaries plateauing once they hit their 40s.

Beese has worked in the finance sector for years and was bothered by the industry’s cookie-cutter advice that didn’t address women’s unique financial needs. She found it difficult to make changes from the inside. So, she co-founded Untangle Money, an online financial planning service that focuses specifically on women. The company charges a flat fee to come up with a financial plan. Untangle Money does not sell their own investment products, so unlike many other companies in the market today, their advice is based solely on what is best for the client.

Beese sees many biases in the financial industry that negatively impact women. She says many firms push women toward conservative portfolios that have small returns because it is believed women don’t like risk. It’s a safe choice but it means women will have less money when they retire.

“There is a very real risk (women) can end up in poverty if they don’t invest their money wisely today, and this includes making sure your money is working hard enough for you,” said Beese. “In Canada, 41 per cent of women who are single and over the age of 65 live below the poverty line and that is the consequence of ignoring this problem. This is happening today and it’s a travesty.”

She has three tips when it comes to investing.

“Start now, invest as much as you can afford to, and invest in higher-return portfolios. Time is your biggest advantage over anything else when it comes to money,” says Beese. “This advice is true for everybody. But it’s more important for women because we have (fewer) opportunities to make money later.”

Launching her own company to solve a problem is the type of big thinking Beese learned during her time at Queen’s.

“Two of the most powerful things I learned in engineering physics are how to solve a problem from first principles and how to think outside of the box,” says Beese. “Thinking like this has helped me in everything I’ve done since, including finance and equity research. They are incredible skills that I will keep using throughout my life.”

During her time at Queen’s, she helped set up a mock job-interview program for the Engineering Society of Queen’s. She recently took part in the program as an interviewer, which she says was a special moment where she saw her education come full circle.