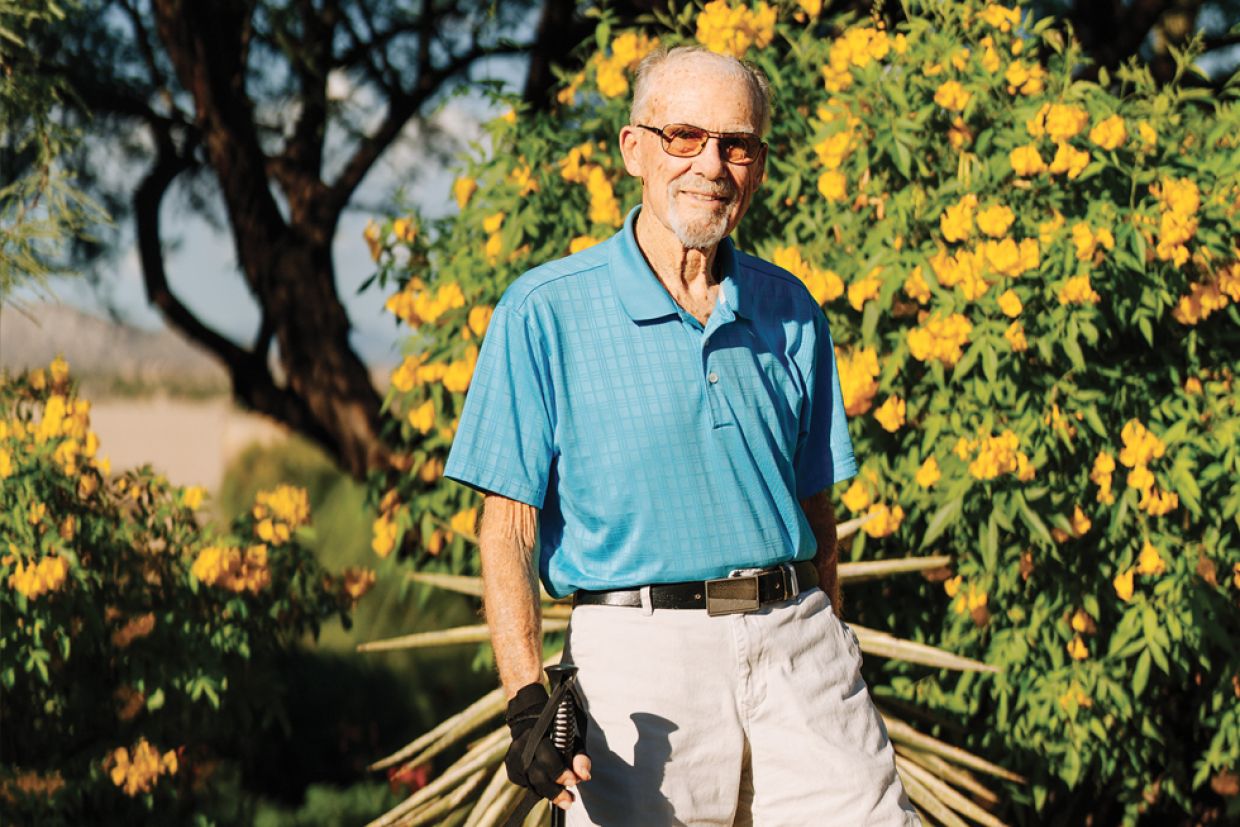 Giving back to where it all started

Queen's changed Dr. John Simpson's life. Now his legacy gift will do that for others.

Dr. John C. F. Simpson (Jack), Arts’53, Meds’59, started studying at Queen’s more than seven decades ago. All these years later, the man who turned 92 years old in March is still grateful for the impact it had on him.

“Queen’s University changed my life,” says Dr. Simpson. “Queen’s has given me two founding things. It gave me a career, and it gave me purpose (helping others). I have a strong attachment to Queen’s because of that.”

Dr. Simpson says he came to Queen’s without a sense of purpose. He was raised by a single mother; he didn’t have much money and was not sure what he wanted to do with his life.

He enjoyed sports and tried out for the Queen’s second-tier team, which competed against other non-varsity teams. He didn’t know at the time that his love of sports would influence his future career.

After graduating from the Arts program, Dr. Simpson decided to pursue a medical degree and follow in the footsteps of several family members who were doctors and nurses. During his medical residency, a visiting scholar was impressed by his work, and Dr. Simpson was offered a fellowship at the oldest surgical college in the world, the Royal College of Surgeons of Edinburgh, which was founded in 1505. He specialized in orthopaedics and sports medicine and worked for many years in Albuquerque, New Mexico.

He spent time teaching at the University of New Mexico School of Medicine, where he worked with all the university’s sports teams. He was also a team doctor for the Albuquerque Dukes, the minor league team for baseball’s Los Angeles Dodgers. He remembers being in the locker room with future Hall of Fame coach Tommy Lasorda and all-star players Ron Cey and Davey Lopes. “I’ve always been interested in sports, and (sports medicine) was a natural thing for me to do,” says Dr. Simpson, who eventually left the academic world to launch a successful private practice in Albuquerque before retiring in the early 1990s.

Helping the next generation of medical students

After decades of helping patients, Dr. Simpson wanted to continue to help others by giving back to the university that was instrumental in establishing his medical career.

He worked with his son, Brett Simpson, who is an accredited financial advisor, and members of the Queen’s Gift Planning team about ways to give back to Queen’s. They decided to establish a life insurance policy and make Queen’s the owner and beneficiary.

Dr. Simpson is happy donating yearly gifts to Queen’s to cover the annual premiums because it will guarantee a much larger gift to Queen’s that will provide a bigger impact in the future. “As a financial advisor, I had used money-multiplying gifts of life insurance with a number of forward-thinking clients,” says Brett Simpson. “I let my dad know he could take a smaller, more manageable gift each year and leverage it into something quite substantial over his lifetime for the university.”

The future proceeds from the life insurance policy will be used to establish a fund for the Queen’s School of Medicine, with half of the benefit going to a discretionary fund to be used by the dean and the other half going directly to helping students. Dr. Simpson wants to help the next generation of student doctors get the same life-changing education he received. “I am paying my debt that I feel I owe to Queen’s,” Dr. Simpson said.

To learn more about remembering Queen's with a lasting legacy in support of the causes you care about most, please contact the Gift Planning team.