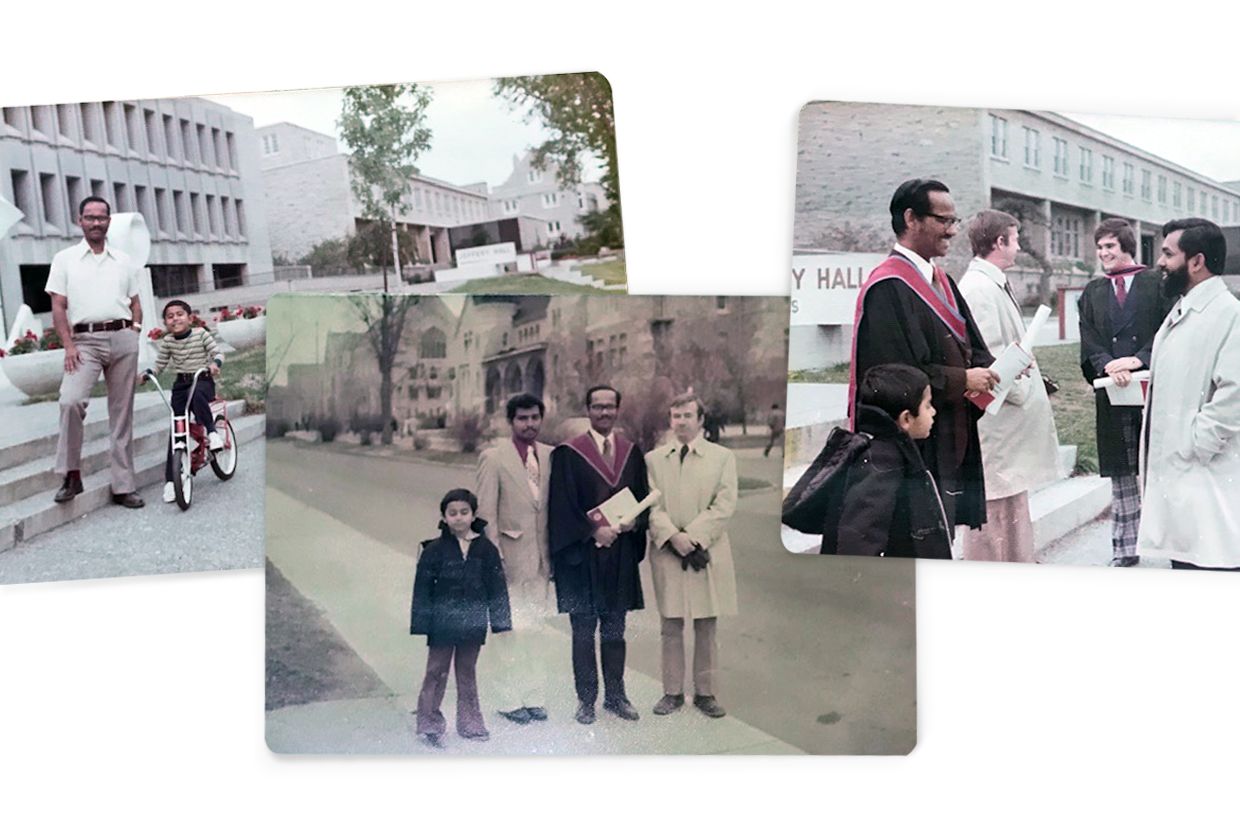 A Philosophy of Giving

I always knew him to be a man of faith, devoted to his family, his community, and the welfare of others. Looking back on his life now, I can see just how courageous, driven, and tenacious he truly was.

He arrived from India all by himself as he could not afford to bring my mom and I along. He had already completed a Master’s degree and taught at a college in India, and had come to Queen’s to complete a second Master’s and a PhD. My mother followed him to Kingston two years later, and I joined them when I was five years old. My early memories of my time at Queen’s include sitting next to my mom at Richardson Stadium, watching my father play intramural soccer. But my fondest memory is of joining my father at work, where he would buy me a Fanta – a very special treat.

When he completed his PhD, he moved the family to Montreal where he spent the rest of his career – 30+ years – as a professor of mathematics at Vanier College. Through his time there, he influenced the lives of so many students that he would often be greeted by former students with affection and appreciation. Throughout his life, he always focused on service to the communities around him.

My father had a philosophy of giving, even from the early days when we didn’t have much. In some ways, he set a benchmark for me that drives me to do the same today. He was very community-oriented, and his time at Queen’s furthered that mindset. Queen’s played such an important role in his life. He was an older graduate student and his character had been formed before going to Queen’s. But the people whom he met and the institution itself continued to form the man he became.

In 2002, my father decided to create a bursary at Queen’s – the Coleman-Ellis Bursary supporting graduate students studying mathematics at Queen’s. He had two reasons for creating the fund. First, he wanted to help people pursue their academic careers in the field he loved. His other reason was to honour the two professors who had had such a strong influence on his academic life. Professors Coleman and Ellis were both well-respected members of the math department and, like my father, had influenced the lives of so many students.

My father’s care, coaching and counsel were instrumental in my journey, laying the foundation of whom I have become – he set a high benchmark for many, including myself, to follow. Today, I want to honour my father’s commitment to helping others reach their goals. With him in mind, I have decided to create the Dr. V. David Jayakar Daniel Award for graduate international students in the Department of Mathematics and Statistics. I encourage all who are granted the award to always have a mindset of giving to their communities and to society in general, just as my father did. I hope that future students, wherever they arrive from, remember the following wisdom from my father:

“Whether you come from Cornwall or a small town in India, stay true to your goals and your values, no matter what challenges are put before you, no matter your journey. Hold and cherish your value system. It will become your ethos over years, and will impact not just you, but your family, your community, and all those people you affect throughout your life.”