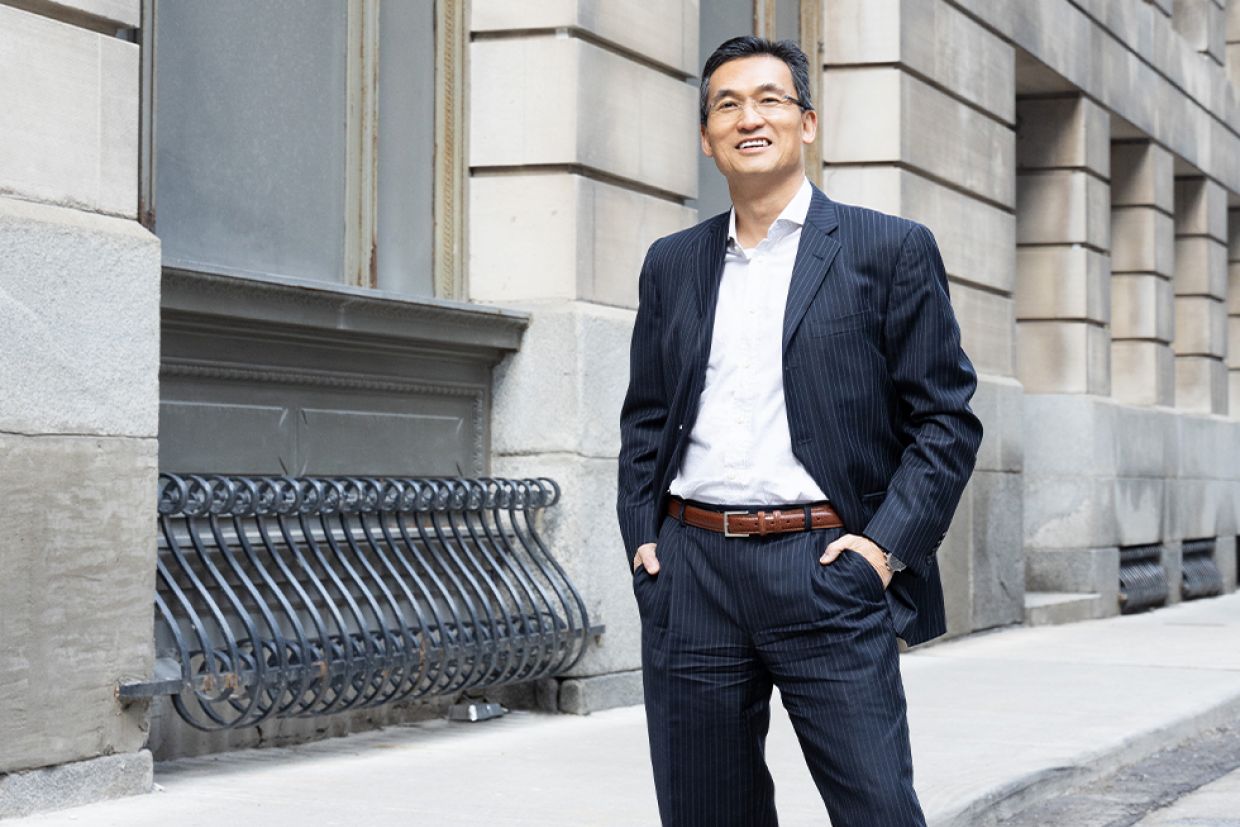 William Chung, MBA’01, says his successful career wouldn’t have happened without his MBA from Queen’s. Now he wants to help others.

William Chung, MBA’01, knows firsthand how education can change people’s lives, including his own family. His brother is a lawyer, his sister is a top marketing executive, and on his wife’s side of the family, seven out of eight siblings are physicians.

“We have successful careers because of the fact we all have a solid educational foundation,” says Chung. “Education is important. If you look back at my career, I don’t think I would have been successful without my MBA from Queen’s.”

Chung, a former senior VP with Shoppers Drug Mart, credits earning an MBA from Queen’s in 2001 for helping transition from pharmacist to a successful career as a pharmaceutical and healthcare business executive.

After graduating from the University of Toronto with a degree in pharmacy in 1990, he became a pharmacist at a Shoppers Drug Mart and moved his way up to become a manager of several pharmacies.

While many pharmacists go on to buy and run pharmacies, Chung was thinking bigger. He enrolled in the Queen’s MBA program to expand his knowledge and build his business credentials.

“Education is a springboard and catalyst for change in my career,” says Chung. “I knew I needed to break the stigma of ‘once a pharmacist, always a pharmacist.’ I wanted to legitimize myself (in the business world) and getting an MBA was the way to do it.”

His interest in business was sparked by a start-up he launched in the early 1990s called MediSystem Pharmacy. At the time, many hospitals were using automated drug dispensing systems, a management tool that tracks and puts a patient’s medicine in a single, individual container. The technology increases safety (by reducing human error) and saves time for nurses. Chung saw an opportunity to create a similar system to be used in long-term care facilities.

“We essentially re-tooled the technology and adapted it to an industry where it was revolutionary because before that everything (in long-term care facilities) was done manually,” says Chung. “This is what intrigued me into building businesses. Building a company from ground zero is a lot of blood, sweat, and tears.”

Chung eventually took the company public in 2001 and it was sold to Shoppers Drug Mart in 2005.

In the spring, Chung is retiring at the age of 55. He started to think about his legacy and helping others, so he reached out to Queen’s to plan a gift to the university in his will. He recognizes the power of education to change lives, so he wants to help out future Smith School of Business students.

“If I had to pinpoint one singular reason why I got to where I am, it is because of education,” says Chung. “Tuition can be challenging for some individuals so if I can help, hopefully, it can provide them with the career opportunities I had.”

Chung’s pursuit of lifelong learning doesn’t end when he retires this spring. He is using education to once again make a career shift. The passionate foodie and his wife are selling their home in Toronto and moving to France so he can study at Ferrandi Paris, a top culinary school.

“I never stop learning,” he says.

To learn more about remembering Queen's with a bequest to create a lasting legacy in support of the causes you care about most, please contact the Gift Planning team.