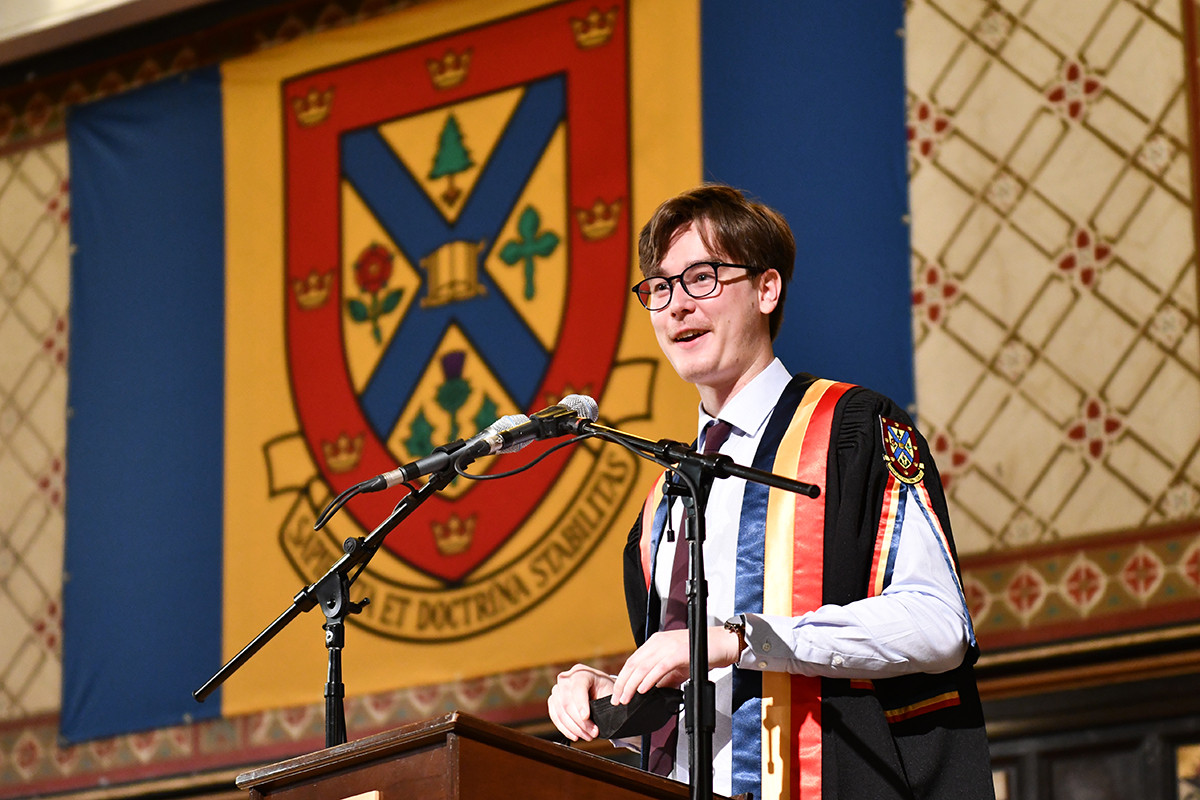 Born in the Kootenay mountain range in British Columbia, Owen moved to Toronto when he was 3 and has been an avid Raptors, Jays, and Leafs fan ever since. In his 4th year of a joint honours program in Political Studies and Sociology with certificate in business, Owen has held roles within the Arts and Science Undergraduate Society, and leadership roles in the Queen’s Sustainability Conference, and the Queen’s Student Alumni Association. When he can’t be found in his office in LaSalle, a good guess would be Common Ground Coffee house in the Queen’s Centre where he spends most of his free time. As Rector, Owen is one of 3 students elected to the Board of Trustees, an official observer of the Senate, and a trusted voice when advocating for students at an administrative level and beyond.

"Princeps Servusque Es" (Be a leader and a servant) is the motto of the Office of the Rector, and truly embodies what the Rector strives to do for Queen's students.