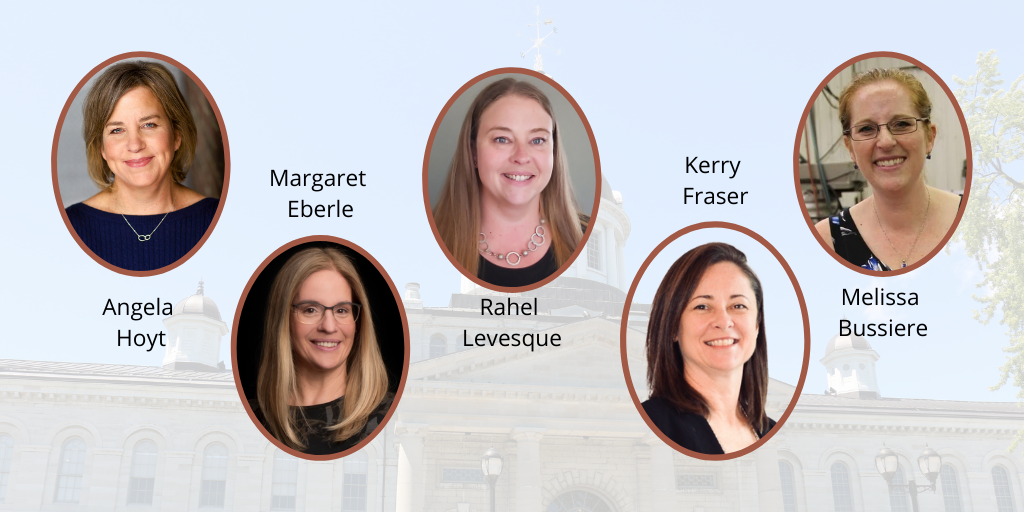 PropelHER is one of the programs offered by Queen’s Partnerships and Innovation (QPI), made possible with support from the Government of Canada to Queen’s University and the WE-CAN Project through the Federal Economic Development Agency for Southern Ontario.

Five female entrepreneurs, five very different businesses, with what are on the surface diverse goals:

PropelHER is the creation of Judith Pineault, a successful, Kingston-based entrepreneur who also works with QPI through its WE-CAN (Women Entrepreneurs Can program) where she acts a mentor for female entrepreneurs in the city and its surrounding area. This spring saw the launch of the new program.

Pineault wanted to create a program for female entrepreneurs whose businesses were up and running and generating revenue, but her experience over the last year working with similar women through QPI convinced her that she wanted, when it came to a group effort, to try something different.

“Every individual entrepreneur that I’ve worked with for the last year has a very different set of issues, goals and potential obstacles, and one size doesn’t really fit all,” she says. While not criticizing other programs, she says that many incubators and accelerators programs follow a set syllabus. “They tend to be a little bit prescriptive, almost like an academic course – in month one you do this, in month two, you do that. That’s fine. But when I look at individual needs, they don’t follow a curriculum.”

Those individual needs determine what the PropelHER participants focus on, says Pineault. Working with the entrepreneur, Pineault looks at where they currently are and where they want to go. “In some areas of development, people are quite knowledgeable, whereas in others there may be gaps. What I want to do with this program is work out where the gaps are.” From there, working together, they can determine the best way forward for the individual to make sure that they have a solid plan for the future. (Although PropelHER doesn’t follow a rigid curriculum, Pineault does have a number of general points that need to be addressed from what might be called a “diagnostic” perspective, everything from go-to-market strategies to creating pitch decks.)

What does that mean in practice? “We have a one-on-one meeting every week,” says Rahel Levesque, actually a CAD designer with a thriving business who is looking to branch out.” “We touch base and kind of go through the process, the next steps and the things we should be thinking about for the future.” “For the one-on-ones,” says Kerry Fraser, “we’ll have a conversation and then I’ll have action items that come out of it.” After that, she says “I’ll update her on my progress.” “We concentrate more on the digital marketing end of things,” says Melissa Bussiere of her time with Judith, “because I’ll be honest that’s not something I am well-versed in.” Others are focused on their business’s structure or learning who and what their competition is.

To augment their weekly one-on-one sessions the participants also meet jointly once a month, which gives them a chance to meet one another and learn from their fellow participants’ sometimes very different experiences. “What is so lovely about this,” says Angela Hoyt, “is we’re not in the same industry, so I can so I can talk about business challenges and ideas in a confidential space.”

Talking about her fellow participants, Levesque says, “It was exciting to hear all of the stories and ways they have met and/or exceeded their goals, and it gave me some extra motivation to keep pushing forward.” In the long run, these group sessions may lay the ground work for possible networking opportunities or even cooperative ventures among the participants; in the short run if the group sessions reveal common problems, Pineault can call for help from the many subject matter experts in her networks.

Although the 20-week program won’t wind up till September, the participants are already seeing the benefits of the program and working with Pineault. “I think my toolkit is growing larger and larger every time we meet,” says Margaret Eberle. No less valuable than Pineault’s knowledge gleaned first-hand from years as an entrepreneur in the Kingston area, are the extensive professional networks she has built up and makes available to the participants. “Just being able to access that network of resources in our community is huge for me,” says Bussiere.  For Hoyt, the program provides a great chance to, as she puts it, “work on the company not in the company.”

“I am in the place of contemplation and reflection now, and I hope that by the end of the program, I have more clarity,” she says. Levesque hopes that by the end of the program she’ll have her CADzilla site either up and running or ready to launch. Says Fraser: “My hope is that we’ll have a significant improvement in our ability to scale and we the partners can focus on the business.”

“I absolutely would recommend the program,” says Eberle, citing the value of an experienced guide, someone “to bounce ideas off, who will give you an open, honest answer, and ask you the eye-opening questions.”