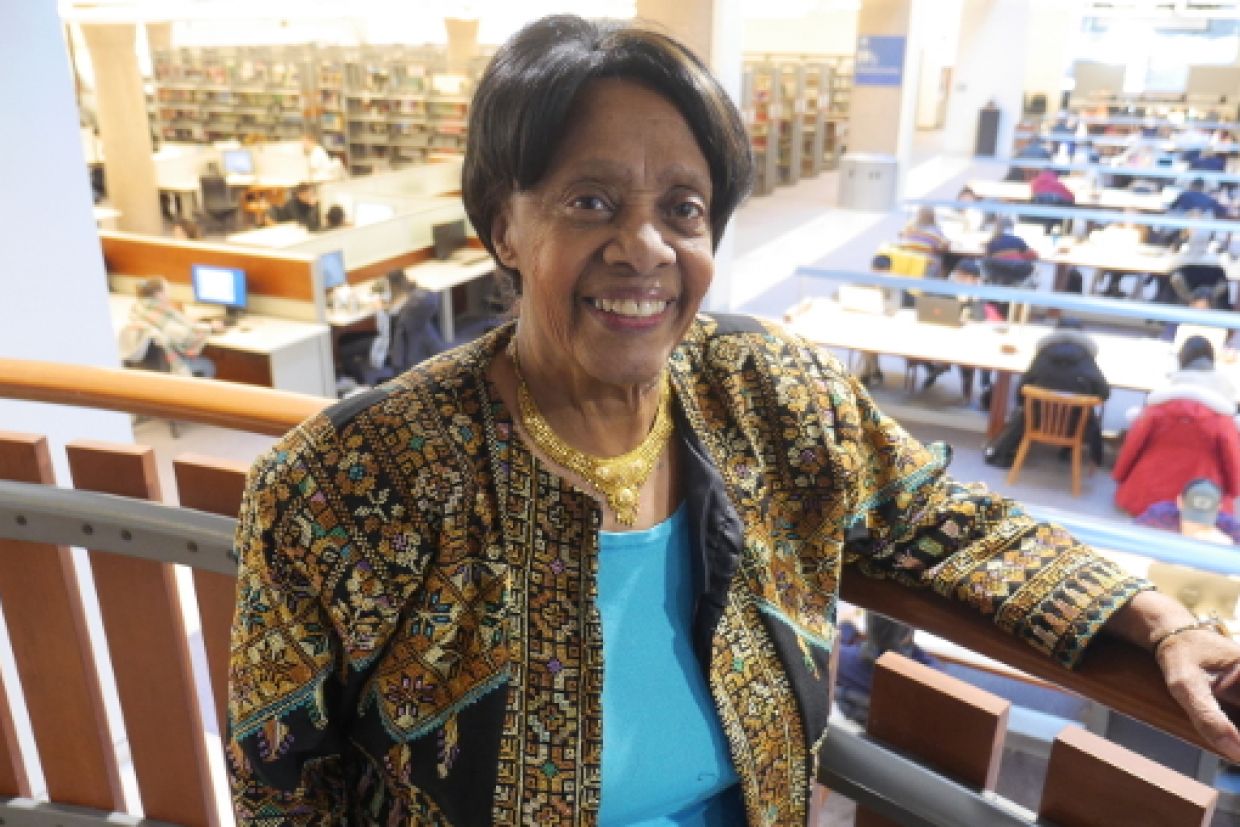 If there is a Black History Month event in Kingston, odds are Judith Brown, Arts’70, is organizing it, speaking at it, attending it, or all of the above.

She has been an advocate for the African and Caribbean communities, both on campus and in Kingston, for decades. For the past few years, she has been co-organizing the Black History Month Opening Ceremony.

“Black history is Canadian history,” says Ms. Brown, who helped create the Afro-Caribe Community Foundation of Kingston which raises funds for the Robert Sutherland Bursary and Alfie Pierce Admission Award at Queen’s. Now retired after a 40-year career as an educator, she serves as a mentor to members of black student groups. She is also a trustee on the Limestone District School Board. “I am passionate about black history because it was never taught in schools. I think many people — blacks and everybody — know very little about it. That’s why I try to spread the stories.”

Her tireless work supporting Kingston’s black community was one of the reasons she was named the 2019 recipient of the Jim Bennett Award from the Kingston Branch of the Queen’s University Alumni Association. She was honoured at the Kingston Branch Awards Dinner along with Padre Laverty Award recipient Sue Bates, Artsci'91.

The Queen’s Black Alumni Chapter (QBAC) leadership team collectively nominated Ms. Brown for the award in recognition of her decades of mentorship to students. “She has spent years advising a wide range of Queen’s students in their personal and academic lives, directly shaping the next generation of leaders,” says QBAC co-founder Yinka Adegbusi, Artsci’13.

About five years ago, Ms. Brown helped the Queen’s Black Academic Society and the African and Caribbean Students’ Association expand their Black History Month event. It was originally held on campus, but Ms. Brown felt it was important to turn it into a community event. She struck a committee, found space off campus at the Renaissance Event Venue, and started working with the two student groups to create what is now the Black History Month Opening Ceremony.

She has become such a respected mentor that it is not uncommon for students to go to her house for Thanksgiving dinner or to stay overnight when returning to campus for convocation.

Ms. Brown says the Jim Bennett Award was especially meaningful because she had a personal connection to Mr. Bennett, who was a Kingston Township councillor in the 1990s. After the 1998 ice storm, he became chair of the Kingston Area Ice Storm Relief Fund and asked Ms. Brown to serve on the committee.

To Ms. Brown, the appointment was a recognition of her community work, and a small step toward making Kingston a little more inclusive. “I will never forget what Jim Bennett did for me,” says Ms. Brown. “Here is this man recognizing me as a black woman. I was soaring. Jim Bennett was walking the walk (by promoting inclusivity) before it became popular.”