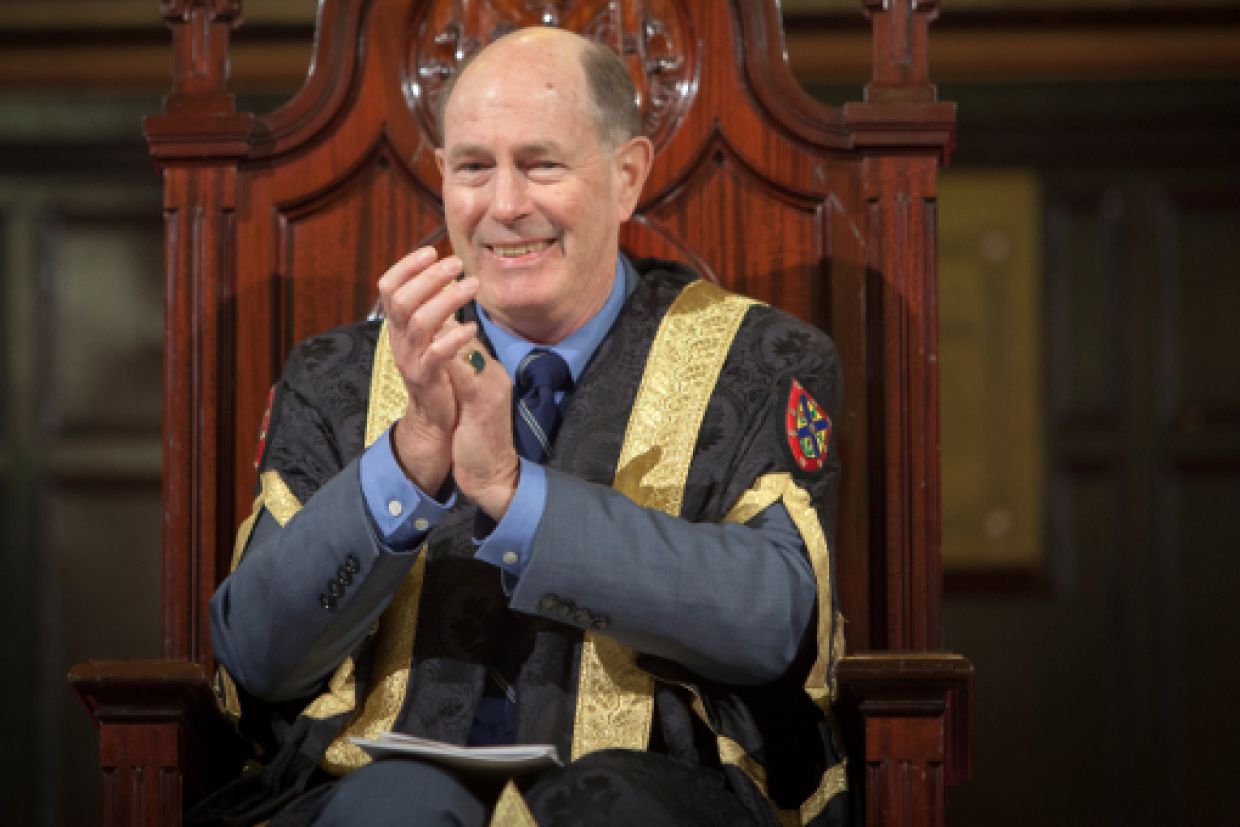 David Dodge, Arts’65, LLD’02, faced many challenges when he was the Governor of the Bank of Canada from 2001 to 2008. He steered Canada’s economy through the Sept. 11 terror attacks, the financial problems following the burst of the dot-com tech bubble, and the U.S. housing market crisis that triggered a worldwide recession.

Keeping Canada’s economy strong while many other countries struggled during the final few years of his tenure is one of the reasons he was called “the world's most admired central banker” in a 2007 Toronto Star article.

“We had to be careful,” says Dr. Dodge, who worked with the central banks of other countries to fight the snowballing effects of the U.S. housing market collapse. “I spent a lot of time dealing with the financial problems building during 2005 and 2006. Growth was strong in Canada through 2007 and the first half of 2008. But the rest of the world was going down.”

Dr. Dodge feels his most important decision during his Bank of Canada tenure was to recruit Mark Carney as the next governor. Mr. Carney was so successful that he was dubbed a “banking rock star” and named one of Time magazine’s 100 most influential people in the world for helping Canada out of the recession faster than any other G7 nation.

“I worked hard to recruit Mark (a former Goldman Sachs economist) to join the bank so we would have somebody with real financial experience in the bank,” says Dr. Dodge. “That proved to be one of the most important things I did.”

Queen’s School of Policy Studies adjunct professor and former chief economist at the Toronto Dominion Bank Don Drummond, MA’77, LLD’10, describes Dr. Dodge as a governor who provided steady-handed leadership. He has known Dr. Dodge for more than 40 years, and says he is one of the “rare breeds” who combines a deep understanding of economic theory with the ability to apply it to real-world issues.

After leaving the bank in 2008, Dr. Dodge returned to Queen’s to take up the volunteer position of chancellor because he wanted to give back to the community that gave him so much. One of his favourite duties was presiding over convocation. He says he loved personally congratulating each graduate who crossed the stage, playing a small part in one of the happiest moments of a student’s life.

His five decades of public service and support of the university are the reasons he is receiving the Alumni Achievement Award on April 6, the highest honour bestowed by the Queen’s University Alumni Association (QUAA). The award is presented annually to an alumnus/alumna who has made significant lifetime contributions to society and is recognized as a leader in their community or field of work.

Former chair of the Queen’s Board of Trustees Barb Palk, Arts’73, is happy the QUAA is honouring Dr. Dodge.

“David adds to the impressive legacy at Queen’s of developing leaders who go on to help shape Canada,” says Ms. Palk. “He deserves the Alumni Achievement Award. He has always been close to the professoriate, gregarious with the students, and he’s a great prof who taught me a lot.”

Dr. Dodge is one of 12 people and one organization being honoured at the Awards Gala on April 6 in Kingston at Ban Righ Hall.