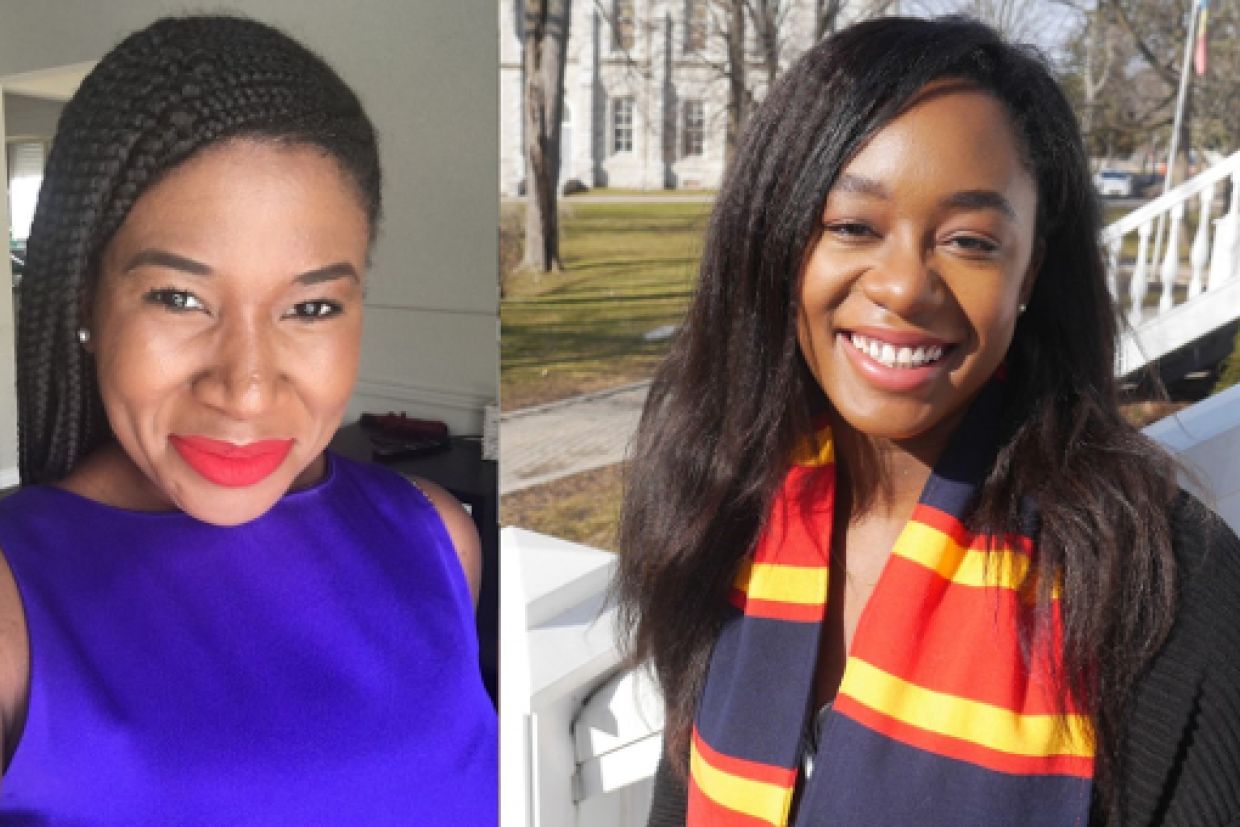 When Yinka Adegbusi, Artsci’13, moved to Toronto after graduation, she was surprised by the number of black Queen’s alumni she was running into.

When she was a student, she joined groups like the Queen’s Black Academic Society, but says she did not see a lot of people of colour on campus, nor was she aware of some of the black alumni from Queen’s who had gone on to successful careers.

“I was amazed when meeting these people. I thought, ‘You all went to Queen’s? Where were you when I was there?’” says Ms. Adegbusi, who now works for the Ontario Ministry of Education as a data scientist. “This has always been an issue. Current (black) students don’t see themselves at Queen’s.”

So she was enthusiastically on board when Asha Gordon, Artsci’18, approached her to help create a program to encourage Queen’s black alumni to come together, network, and support each other.

Queen’s Black Alumni Chapter (QBAC), created by the chapter's leadership team and co-chaired by Ms. Adegbusi and Ms. Gordon, is launching a kickoff event scheduled for Oct. 20 in Kingston during Homecoming. It will give alumni a chance to network and mingle. There will be a panel discussion featuring four guest speakers who are making a tremendous impact in their communities: Hazel Claxton, Com’83, retired Morneau Shepell EVP and chief human resources officer; Beau Sackey, MBA’12, managing partner of Biltstone Consulting; Curtis Carmichael, PHE’16, founder of Ride for Promise; and Jeanelle Dundas, ArtSci'13, a lawyer with Blake, Cassels & Graydon LLP.

During the event, the chapter's flagship initiative, the QBAC Mentorship Program, will also be launched.

“Race has been an obstacle for many people of colour,” says Ms. Gordon, who received the Agnes Benidickson Tricolour Award earlier this year. “What we can do is turn the story around and make being black an asset and an advantage. There is a lot of work at Queen’s right now in terms of diversity and inclusion, and we want to help on the alumni end.”

Queen’s administration has been trying to develop a more inclusive campus. The Principal’s Implementation Committee on Racism, Diversity, and Inclusion’s report was released in 2017 and outlined many initiatives. The university also earmarked $3 million to support existing programs and launch new initiatives related to equity on campus.

Ms. Adegbusi feels there is a need for a black alumni chapter because she knows some people who prefer mentors from the same cultural background who have faced similar challenges.

“I know a few people who tried alumni networking events and felt they could not connect because the mentor did not have the same experiences,” says Ms. Adegbusi.

The chapter is seeking alumni who are successful in their fields to share their experiences and give career advice to younger graduates. It is currently accepting online applications for both mentors and mentees.

“In five or 10 years, I’d like people to be able to look at the Queen’s Black Alumni Chapter, see the current members, and be able to pick up the phone or send an email to someone and get the help they need,” says Ms. Gordon. “We never know where things will take (QBAC), but I am looking forward to building something special.”

QBAC is not only for alumni. The organizers are also encouraging black students and faculty members to take part.

For more details about the launch on Oct. 20, visit the Homecoming event page. For alumni who can’t attend Homecoming but want to learn more, please visit the QBAC Facebook and LinkedIn pages.