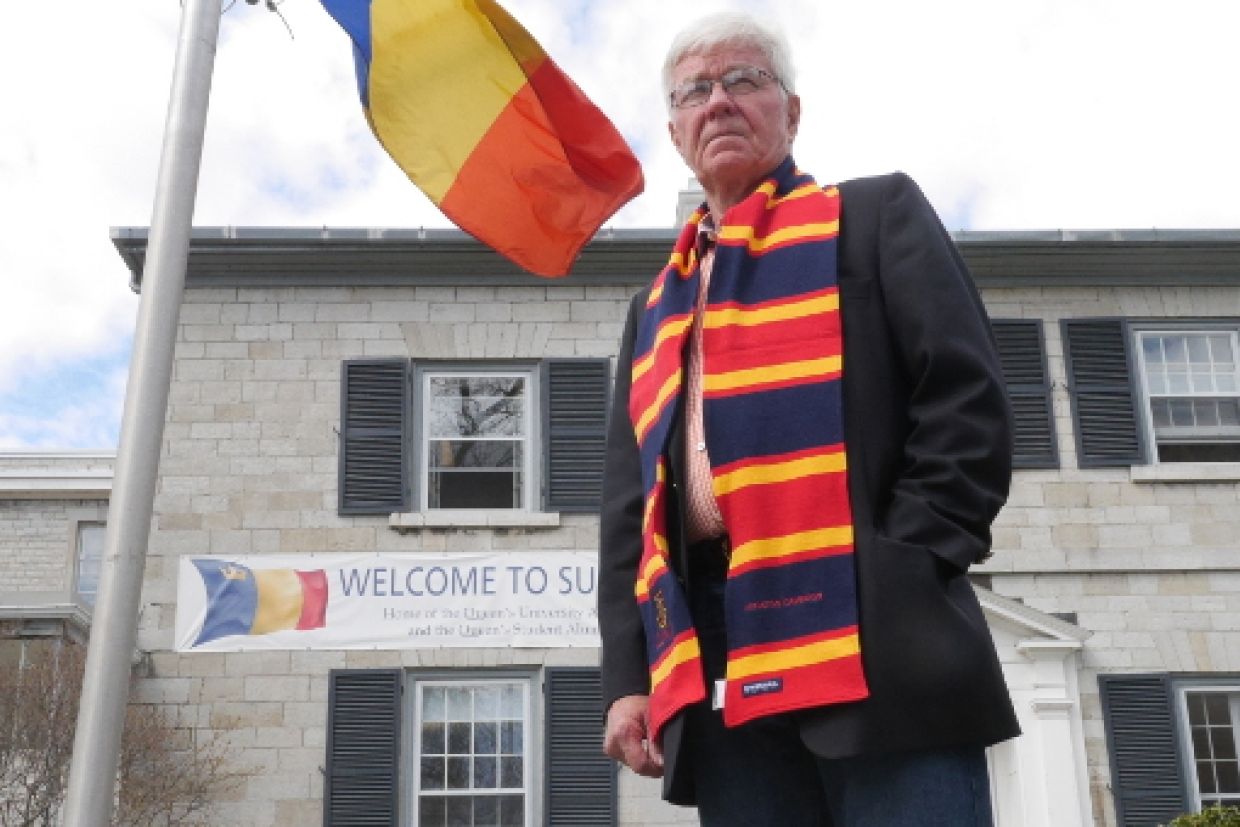 A dedicated volunteer who has five degrees from Queen’s – David Pattenden (Arts'67, MA'69, Law'71, MEd'74, LLD '03) – is one of six members of the Queen’s community who will be honoured on Nov. 5 with the Distinguished Service Award.

“David is a dedicated volunteer who has served the Queen’s community in so many ways, whether it is as a part time teacher, board member or mentor,” says Chancellor Jim Leech, who will be hosting this year’s awards dinner. “The university is fortunate to have such an enthusiastic and generous supporter.”

The award has been presented by University Council since 1974 to recognize individuals who have made Queen’s a better place.

Dr. Pattenden has served on both the Queen’s Board of Trustees and University Council and has been a strong advocate of student wellness. He also serves on the W.J. Henderson Foundation Board which has made several large donations to Queen’s. His dedication to Queen’s has earned him several other honours, including recently being appointed Trustee Emeritus by the Board of Trustees and last year’s Padre Laverty Award from the Kingston Alumni Branch. He has also volunteered his time with many Kingston community charities.

Dr. Pattenden’s motive to give back to Queen’s stems from his roots. He says he came from a poor, Irish-Canadian background and he never thought he would have one university degree, let alone five.

“I felt very much like I wanted to contribute to the system that allowed me to change my life entirely. You realize along the way that you need to help others too,” Dr. Pattenden said last year when he received the Padre Laverty Award.