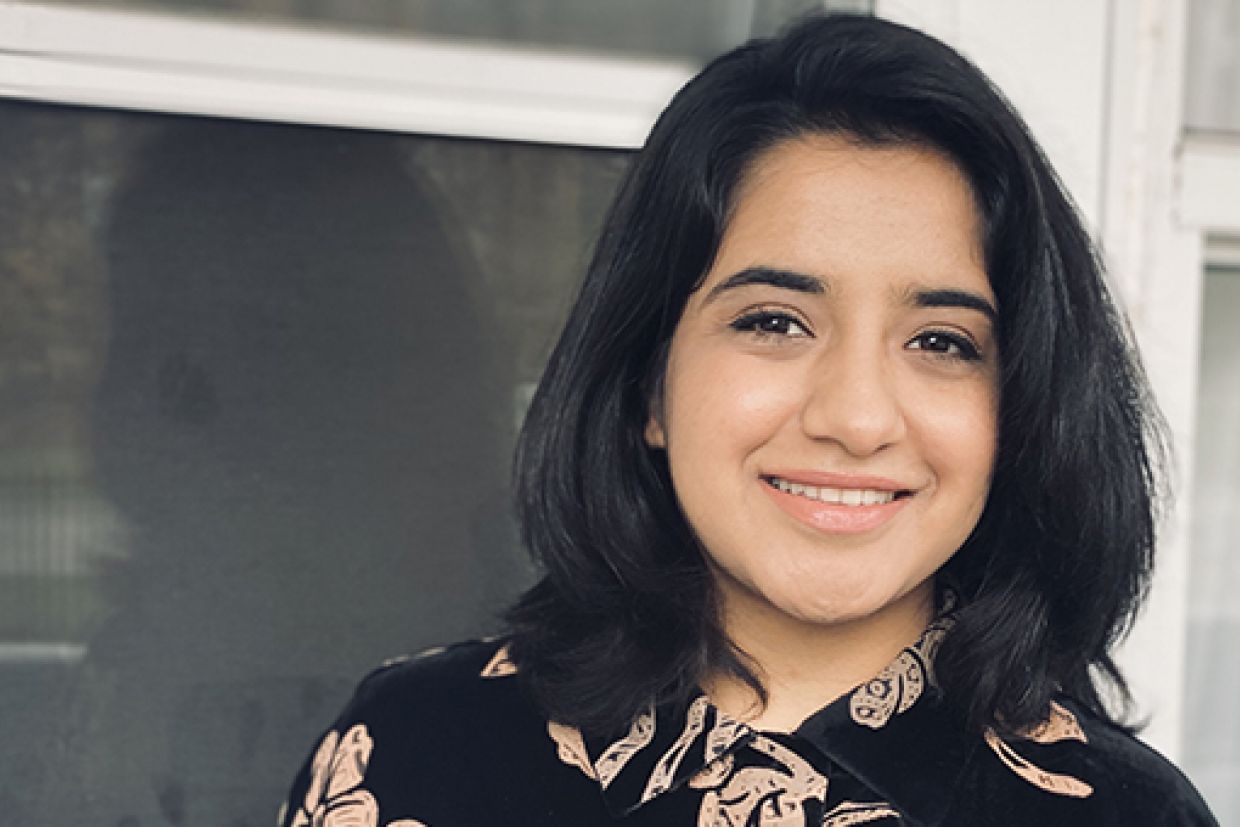 Born and raised in Afghanistan, Nazaneen Qauomi, MMIE’19, witnessed the suffering and pain of war from a young age. Seeing sick people unable to access basic healthcare, she decided at age seven that she would one day become a doctor.

Driven by her desire to help others, Nazaneen started teaching English when she was 13. All the other teachers and students in her school were older and male, but that didn’t stop her mother from advocating for her, persuading the school to give Nazaneen the opportunity to teach.

Nazaneen credits the support of her family for strengthening her resolve and giving her the courage to pursue her passions. “I feel like that is the best thing you can give to your kids,” she says, “when you believe in them.”

In 2014, Nazaneen’s family immigrated to Canada. By this time, she had completed four years of medical school and was on her way to achieving her dream of becoming a doctor. But her credits didn’t transfer to a Canadian university, which meant that she had to start her post-secondary education from scratch. It was a transitional period of culture shock and academic shift, but the biggest change came when her father was diagnosed with Alzheimer’s disease.

While taking care of her father, she began pursuing a Bachelor of Science degree at York University. The path to becoming a doctor would take many years, but she felt the urgency to do something now to make a positive impact on the lives of women back home. “Just the way my family provided opportunities for me, I wanted to do the same for somebody else,” says Nazaneen, “to give them opportunities so they can have their own life and be who they are.”

Putting aside her dream temporarily, Nazaneen researched other ways she could help to create a sustainable future for Afghan women. She recognized that when women are empowered to earn their own income, they’re able to afford access to education and healthcare for themselves and their children. “My belief is that women all over the world have capabilities. They’re capable of having their own income and being independent,” she says.

That’s when Nazaneen came up with the idea for Red Gold of Afghanistan, a social enterprise that would empower female farmers to grow saffron, one of the world’s most expensive spices, and sell it to a global market to become self-sufficient business owners. Saffron is an agricultural resource that women could control, from cultivation to processing to marketing, which means providing freedom to Afghan women in a culturally radical way.

Encouraged by positive feedback from entrepreneurship competitions and recognizing the need to develop her business acumen, she enrolled herself in the MMIE program at Smith School of Business. Her studies at Queen’s helped her to kick start the business along with two co-founders. “The support system I got from Queen’s was valuable in my life,” says Nazaneen, “I’m happy that I did my MBA.”

In 2019, Red Gold of Afghanistan took home one of the prizes during Queen’s Innovation Centre Summer Initiative (QICSI) and launched officially. Although the pandemic has stalled her business for now, Nazaneen is determined to keep pushing forward.

“I believe there is a hope that we can create for the lives of women, even though we're starting small right now helping just a few women, but this idea should be heard,” says Nazaneen. “We can bring change to people's lives. Where there is suffering, we can bring hope.”