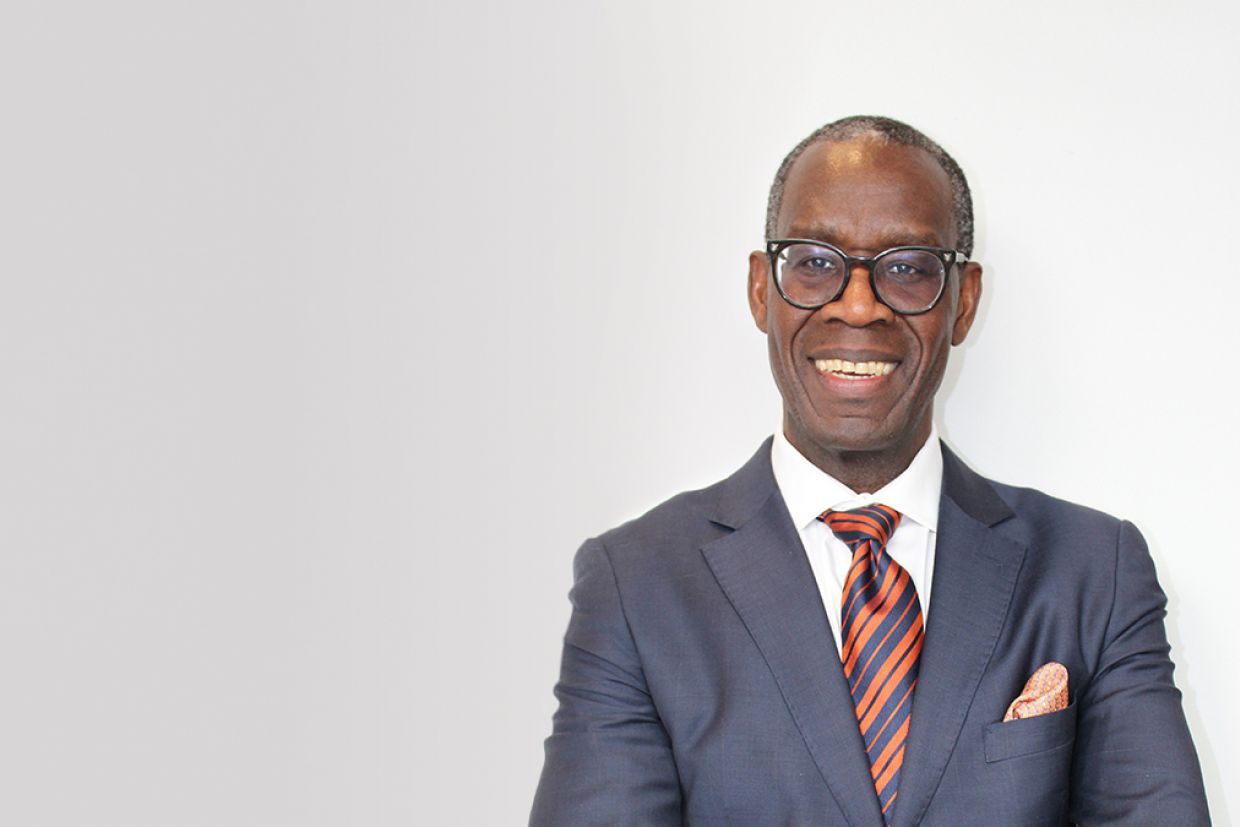 From Ugandan Refugee to School Superintendent

On June 7, 1981, Opiyo Oloya, Artsci’83, Ed’86, arrived on campus after fleeing from his native Uganda. Three months earlier, he was the student president at Makerere University in Kampala taking part in protests against a corrupt government. Soldiers cracked down, shooting and killing many students, forcing Oloya to flee into the woods to hide. Because he was a student leader, the government wanted him to report to a police station. Fearing for his life, Oloya went to Kenya and was eventually sponsored to come to Canada to study at Queen’s.

In the four decades since he first stepped on campus, he has gone on to an impressive career as a teacher, school board superintendent, academic, and author. He was also recently elected to the Queen’s University Council.

He says none of it would have happened if not for the incredible support from the Queen’s community, who helped him adjust to a new country. His story about fleeing from Uganda was written about in the Queen’s Journal, Kingston Whig-Standard, and Toronto Star, and soon fundraising car washes, bingos, and potluck dinners were held to help pay for his schooling.

“I was surrounded by mostly white people, but somehow I did not feel like I was different,” Oloya says. “There was a sense of welcome that overcame me. People were taking me shopping, to Wolfe Island, and to the movies. People took turns inviting me to things.”

He credits late Queen’s physics Professor David McLay for launching his teaching career. The professor saw how much Oloya enjoyed talking about his personal journey with fellow students, so he suggested Oloya consider becoming a teacher. That advice sparked a four-decade teaching career, and today Oloya is Superintendent of Schools with the York Catholic District School Board, located north of Toronto.

He is proud his Ugandan heritage helped widen his students’ perspective. Many of his former students today thank him for “bringing the world into our class.”

“A lot of people are talking about race right now,” he says. “When I was a teacher, I was talking about race issues in apartheid South Africa. So there is a generation of students that I taught who believe in equality and equity.”

Oloya has also had an impact on the study of child soldiers in Africa. In the early 2000s, he returned to northern Uganda to help a filmmaker make a documentary about how children from his home village were being kidnapped and turned into child soldiers by Joseph Kony and the Lord’s Resistance Army. He wanted to learn more, so he enrolled at York University for his PhD starting in 2004.

Oloya’s work on the topic was turned into the 2010 book Child to Soldier. Oloya addressed a big gap in research by focusing on the psychological transformation of the mind of a child soldier. He said previous books never went beyond the sensational headlines of children who kill.

“I felt that the books already out there were not deep enough,” he says. “The question I had was ‘How do they get an 11-year-old to slash someone’s throat and sleep soundly at night?’” Oloya, who had a happy childhood in Uganda, never feared being abducted. “In the PhD field, they say if you can add a little bit of knowledge, you have done your best. I feel I have helped other child-soldier researchers.”

In 2012, Oloya’s efforts were rewarded when York University gave him an honorary Doctorate of Laws for his contributions in the international humanitarian field.

Over the summer Oloya was elected to Queen’s University Council. The Queen’s community helped him four decades ago, and now he wants to do the same for others. “I am very fond of Queen’s, and this is a way to give back,” he says. “Queen’s does a great job helping young people and I want to be part of that.”