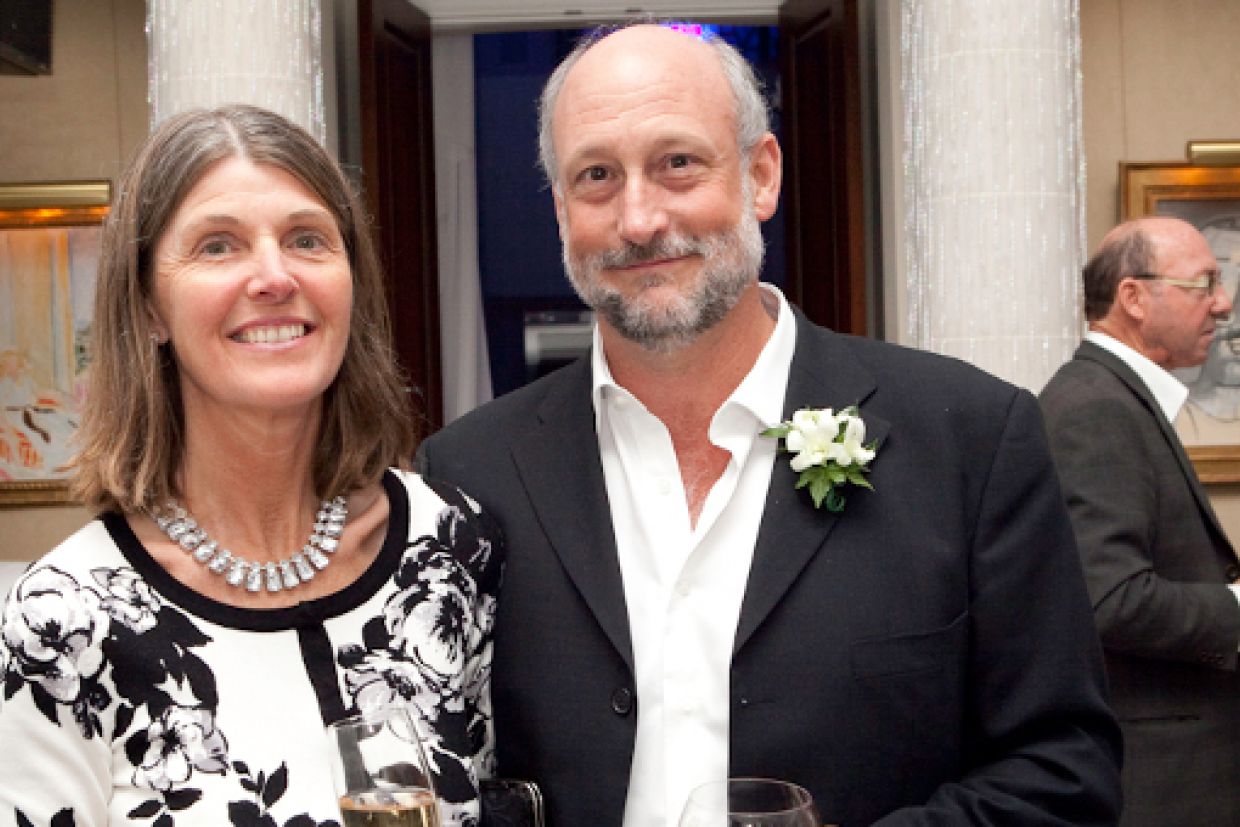 When Katherine Keep, Artsci’81, stepped up to the podium on Nov. 28 to accept this year’s Kathleen Beaumont Hill Award, it was with mixed emotions.

Ms. Keep and her husband, Gordon, Artsci’79, are the first recipients of the award since Ms. Hill’s death in June. And while Ms. Keep, whose mother shared a friendship with Ms. Hill, is saddened by the loss, she was also keenly aware of the significance of the honour she was receiving.

“I know what a high standard of giving and commitment to Queen’s she had,” Ms. Keep said. “That’s why it feels like a big honour to receive this award.”

Established in 2009 by the Vancouver Branch of the Queen’s University Alumni Association, the Kathleen Beaumont Hill Award celebrates Ms. Hill’s legacy by recognizing the contributions of outstanding alumni in British Columbia.

Known as Katie to friends and family, Ms. Hill graduated from the Faculty of Arts in 1950. Since then she remained an enthusiastic alumna, not only sending her three children to Queen’s, but actively recruiting others and hosting frequent events to help build the Queen’s alumni community in Vancouver. The award is presented annually to alumni who “best exemplify her outstanding service, passionate advocacy, dedicated support, and contributions to the betterment of our university and our country.”

The Keeps are the award’s eighth recipients. They met on campus during Ms. Keep’s Frosh Week and married a few years later. Today, Mr. Keep is CEO of Fiore Management, a firm that helps create publicly listed companies. Ms. Keep worked as a charted accountant in private practice for many years and regularly volunteers in the community.

Like Ms. Hill, the Keeps continue to stay connected with Queen’s. Mr. Keep served on the Queen’s Board of Trustees from 2009 to 2012. In 2017, the couple made a substantial gift to help renovate two classrooms and purchase 30 binocular and 30 reflecting and transmitting light microscopes for the Department of Geological Sciences and Geological Engineering. Students say the new microscopes are a vast improvement over the old ones.

The Keeps have another thing in common with the woman who inspired the award they received: They too have kept the family Queen’s connection alive for another generation. Their daughter, Heather, graduated with a degree in kinesiology in 2011.

QUAA Vancouver Branch President Allan McGavin, Com’08, Law’12, said the Keeps are excellent role models for all Queen’s alumni. “They have made wonderful contributions – individually and as a team – to both the university and the community. They are truly worthy recipients of this award.”