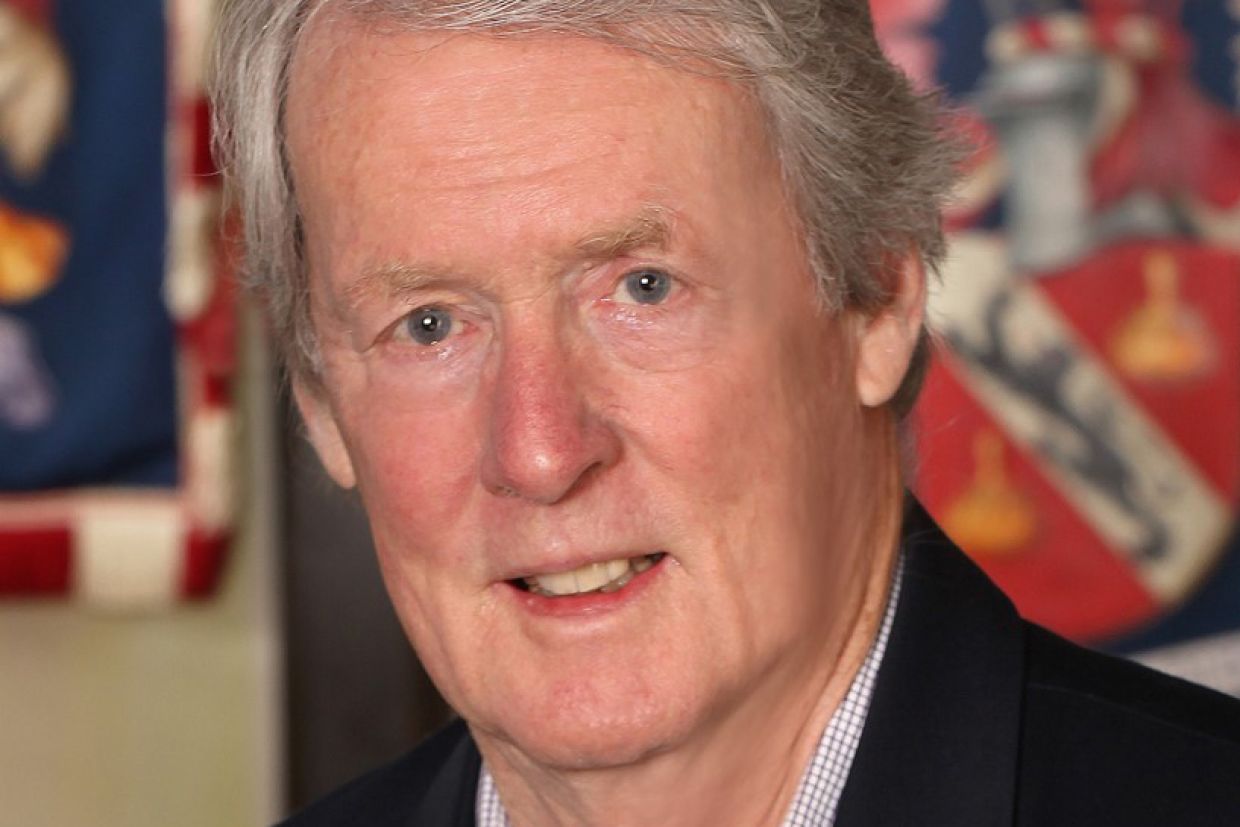 Michael Davies was a Kingston boy through and through. His elementary years were spent at Victoria Public School, now known as Goodes Hall at the Smith School of Business.

At high school he met his future wife, Elaine Stephens.

After graduating from Queen’s with a Bachelor of Arts in 1959, Davies followed his father and grandfather into the family business, the Kingston Whig-Standard. Ink was in his veins and his community was in his heart.

His role with the newspaper and his generosity as a philanthropist made him a community leader in the Limestone City. Mr. Davies contributed much to his alma mater, serving on the school’s Board of Trustees. He was a driving force behind major contributions to the university, especially to the Dan School of Drama and Music and the Faculty of Health Sciences.

Over the years, Mr. Davies and his family have been major contributors to the arts at Queen’s, such as the Isabel Bader Centre for the Performing Arts, Agnes Etherington Art Centre, and Sistema Kingston (an afterschool music program that fosters creativity and teamwork).

He also supported numerous funds at Queen’s, including the Elaine and Michael Davies Endowment Fund, which provides new equipment for teaching and research in Health Sciences.

In 1998, Queen’s paid tribute to Mr. Davies by awarding him an honorary Doctor of Laws. He joined his grandfather, William Rupert Davies, his father, Arthur Davies, and his uncle, Robertson Davies, the distinguished novelist. The latter had also attended Queen’s, graduating in 1936 with a Bachelor of Arts. The school now houses his personal book collection.

Through the Davies Charitable Foundation, Mr. Davies made a major contribution to the Kingston area, especially in the areas of arts and culture, health care, athletics, and education. His contributions locally, provincially, and nationally were recognized with both the Order of Canada and the Order of Ontario.
Davies died on March 22, leaving a legacy that truly made a difference.

He was born in 1936, 11 years after the family had purchased the Whig-Standard in 1925.
Davies grew up in a time when newspapers helped Canadians understand their town, their country, and their world.

In the history of the paper, which dates to 1834, Davies’ tenure as owner-publisher stands out.
Under his stewardship, the paper won many honours that recognized the power of its journalism.

“He was the ideal publisher from a journalistic point of view,” former city editor Harvey Schachter told the Whig-Standard. Schachter recounted that when Davies hired former editor-in-chief Neil Reynolds, he told him, “Give me a paper I can be proud of.’”

Davies sold the paper in 1990, but even such an act did not diminish the respect he commanded. Reynolds once said of his old boss, “Michael Davies was not merely a good publisher, (he was) a great publisher.”

He was a passionate and daring sailor who captained his sailboats across the Great Lakes, crossed the Atlantic Ocean 11 times and circumnavigated the globe twice accompanied by friends and family. When his sailing days ended, he learned to fly a helicopter venturing throughout North America.

He leaves behind his wife, Elaine, of 61 years, his five children and their spouses, his 14 grandchildren and great grandson.